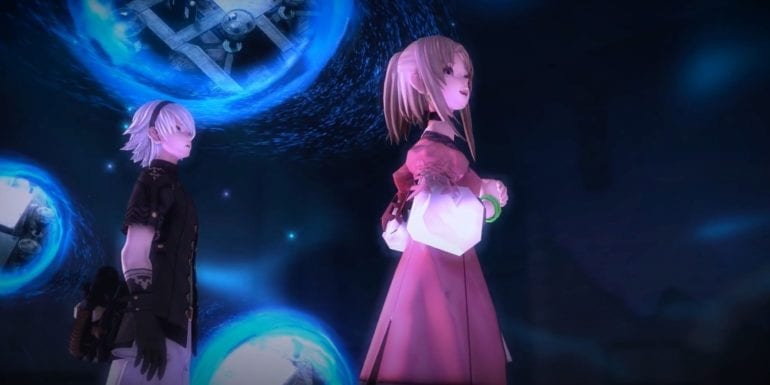 Some of my fondest gaming memories come from the Playstation era. I fell in love with the storytelling in games like Final Fantasy VII, Chrono Cross, and Resident Evil. When I heard about Fantasian, created by Hironobu Sakaguchi of Final Fantasy fame for developer Mistwalker, I hoped it would transport me back to being a kid and inspire the same sense of wonder and excitement with its turn-based gameplay, JRPG roots, and dioramic backgrounds that harken back to the pre-rendered backgrounds of games in the late 1990s. Fantasian is overall quite successful, and while it hits some sometimes too-familiar story beats, the writing and characters have a lot of charm. It is inspired by games of the past and it adds just enough tweaks that it feels like a modern-day love letter to the JRPG experience – complete with save crystals and all.

Fantasian debuted exclusively on Apple Arcade on April 2nd, 2021, and follows some conventional story-telling beats as it follows a messy-haired protagonist with amnesia named Leo. He meets a colorful cast of characters while he searches to regain his memory and defeat a rising, evil force. While the story and characters are familiar, it’s hard not rooting for the heroes. Besides Leo, there is Kina, a girl with mysterious powers who is questioning her fate in the world, and Cheryl, heir to the throne with a broken heart. You also meet Zinikr, the captain of the famed ship Ezra and family friend of Leo, and Prickle and Clicker, robots who have gained consciousness and heart. While none of the characters or story-beats are particularly ground-breaking, they are familiar in a comforting way and help you feel right at home in Fantasian’s world. The game does end on a cliffhanger, and a second part is expected before the end of 2021.

Easily the most dynamic part of the world is its dioramic backgrounds. These were created in real life by hand and then photographed and rendered into a 3D model that the player moves around in. The game’s initial main hub is a town called En, and textures are sometimes muddy while exploring the outside areas, but once you go inside buildings and venture past En, the dioramas become more detailed and dynamic. At times, it felt like I was moving around in an I, Spy book from the 90s. There are so many things to find and discover in each set, and it’s easy to spend time getting lost in the hand-crafted environments as you explore. Thankfully character models blend well into the environments and don’t look out of place. Character design is also great all around. The game’s party characters all look distinct yet are still cohesive in style and design.

In between getting lost in the world’s art, you spend a lot of time in turn-based battles. Thanks to a couple of features, battling is more advanced than a typical turn-based RPG. Since the game was made for the iPhone and iPad, the entire game is a touchscreen (unless you opt to play with a controller, which is my preferred way). With that in mind, you have the ability to aim your attacks. Some are able to go straight through a line of enemies, other attacks curve in an arc, and some are AOE attacks. Each character’s abilities lend themselves to a specific role. Kina is the healer, Cheryl is the mage, and so on. Everyone feels different enough with their varied abilities. The variety keeps things interesting, and the game feels less grindy. Enemy design is good and offers a mix of fantasy-type ogres, beasts, and goblins, and more steam-punk mechanical enemies.

If you’ve ever been annoyed at random encounters, Fantasian has the “Dimengeon Battle” mechanic once you acquire a specific item early on in the game.  This “allows players to send previously encountered enemies into a separate dimensional dungeon to streamline combat and maximize uninterrupted exploration of the beautiful locations.” Once the gauge is full, you fight all the enemies at once and take advantage of a variety of power-ups and turn-steals scattered around the battlefield that initiate if your attack goes through them. In the end, you’re able to reap a large amount of experience, items, and money. It’s a fun play on the traditional turn-based system that keeps you engaged and interested.

A classic, PS1 JRPG wouldn’t be complete without iconic music. Luckily, Fantasian’s music is helmed by the one and only Nobuo Uematsu. Uematsu is of course most widely known for his work on the Final Fantasy series, and there are undoubtedly tinges of his most popular pieces felt throughout the music of Fantasian. In particular, some of the boss themes remind me of Final Fantasy VIII’s “The Man With the Machine Gun” and many of the town themes remind me of Uematsu’s work on Final Fantasy X. His work here creates the perfect atmosphere for any given situation. I do sometimes wish the game featured voice acting, because the writing is good and sometimes quite funny, and it would be even better if you could hear it.

If you’re itching for a modern-day and nostalgic JRPG experience that harkens back to games like Final Fantasy VII, Legend of Dragoon, and Chrono Cross, you’re in good hands with Fantasian. It has just enough sheen to bring it into 2021 without denying where its inspiration comes from. If you’re able to play it with a controller via bluetooth on your phone or iPad or on your MacBook, that would be the definitive way to play, but all that matters is that you give it a try and fall in love with the world of Fantasian.

If you’re on the fence, you can get a 1-month free trial of Apple Arcade to try the game out, and after that, it’s $4.99/month to keep the subscription. Play Fantasian on Apple Arcade now! 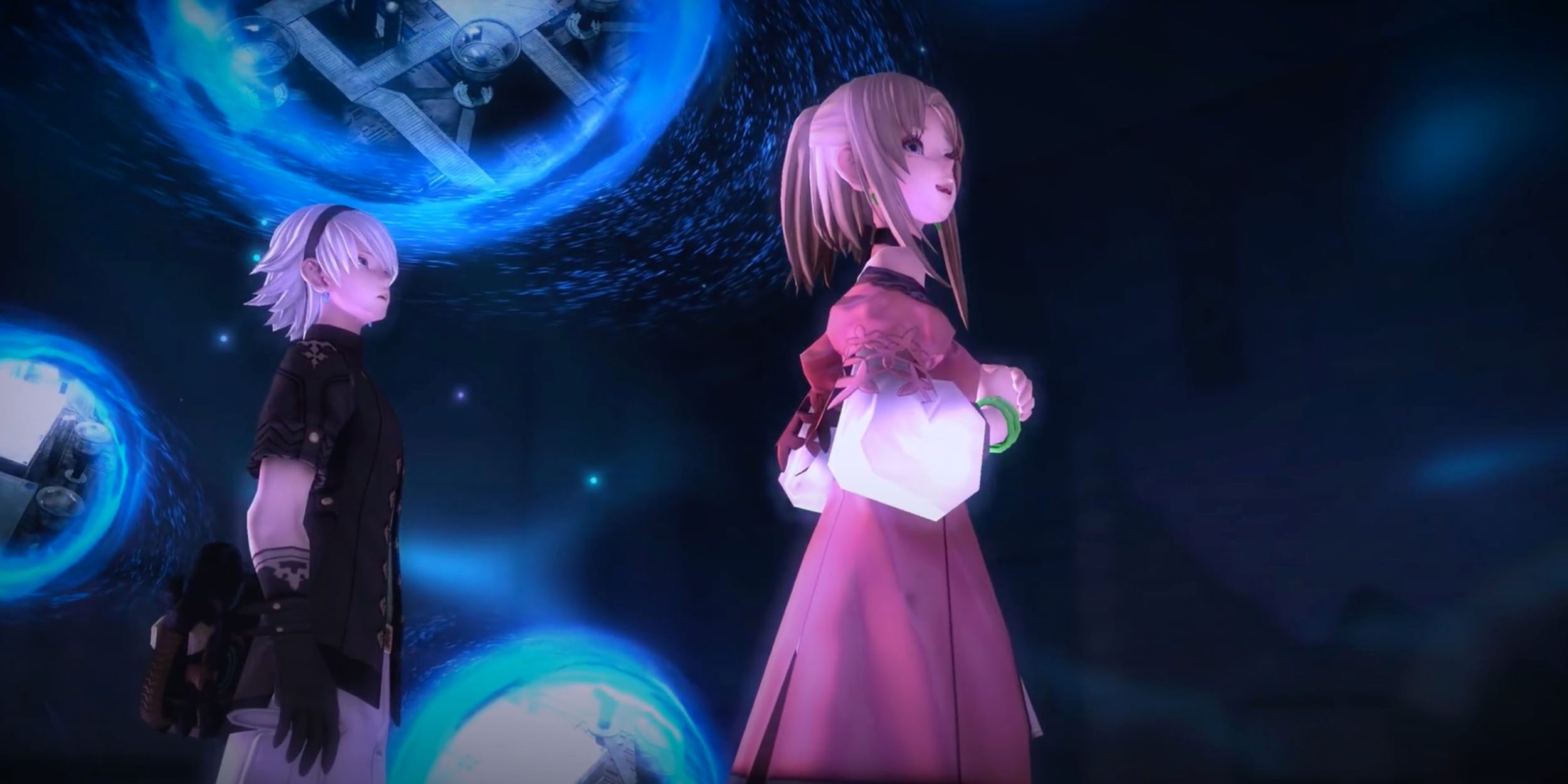 Fantasian – Review
Score Definition
Almost perfect if not for the nitty-gritty. If it’s quite there but not enough to push the boundaries, it’s still an awesome game.
Pros
Love story to anyone who loves old school JRPGs
Music by Nobuo Uematsu
Innovative turn-based gameplay
Portability thanks to Apple Arcade
Cons
No voice acting
Story is a little too familiar at times
9
Excellent