Fantasy-Horror Action-Adventure, The Count Lucanor, is Coming only to consoles including the Switch 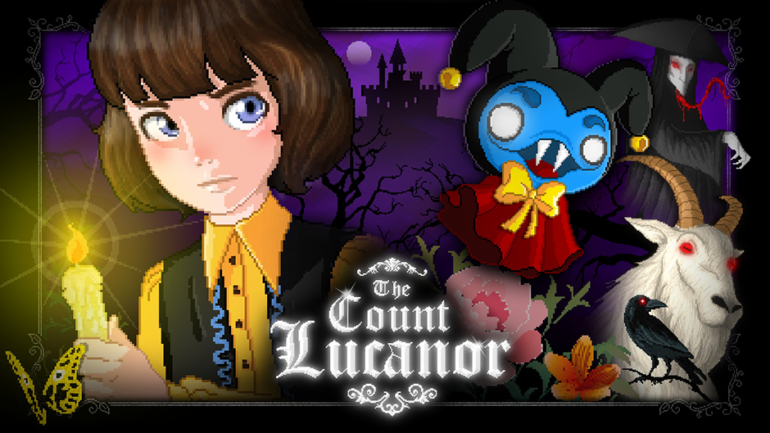 Merge Games, a privately-owned video game publisher and distributor; Baroque Decay, an indie game developer; and Ratalaika Games, an indie developer specialising in porting, are proud to announce the forthcoming release of The Count Lucanor, an immersive and unique action-adventure game for Xbox One, Nintendo Switch, PlayStation4 and PS Vita.

Join Hans in a fantasy world and experience a unique adventure, full of surprises and challenges. Get hooked on an immersive tale, where every decision counts and every clue is a piece to solve the puzzle and get the treasure. Unravel the sordid secrets of the castle, meet colourful characters, and remember, horror always lurks beneath the surface.

The Count Lucanor is an action-adventure with a retro feel that falls halfway between 8-bit and 16-bit styles. Inspired by classic games like The Legend of Zelda, Yume Nikki, Silent Hill and Dark Souls, The Count Lucanor is an amazing mystery and horror adventure set in a fairytale world. The game features important choices, alternative endings, secrets and different ways to solve puzzles.

The Count Lucanor features a soundtrack by the greatest composer of all time, Johann Sebastian Bach, that will remain etched in your mind forever. Using chiptune tools, the game features a transformed series of hidden gems from the composer to create unique soundscape.

Due for release in Autumn 2017, Xbox One, Nintendo Switch, PlayStation4 and PS Vita.