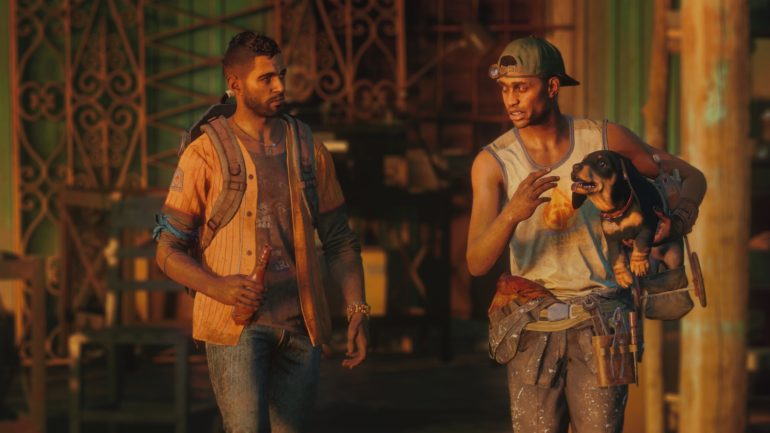 The next installment of the Far Cry series, Far Cry 6, has been officially announced and new information has been trickling in the pool of information called the internet. One new cute reveal takes in the form of a canine companion.

The sixth installment takes place in the fictional island in the Caribbean called Yara. The island somehow got economic sanctions, which made it not developed and now ruled over by El Presidente Anton Castillo voiced by Giancarlo Esposito.

Players will be able to recruit companions along the way and instead of the Fangs for Hire system, it is now called Amigos. One of those companions that can be recruited is the sausage dog called Chorizo. It looks like the dog has a defect on its hind legs, which is why it has a wheelchair.

The pre-orders of the upcoming game has also confirmed on Chorizo’s existence with the bonuses. Players who get the Gold Edition will get a new Chorizo skin (no pun intended) that will add lethal spikes to his cute wheelchair and a rad blue bandana. For now it is available on Amazon UK for PlayStation 4 and Xbox One. It might be available on Amazon US later on.