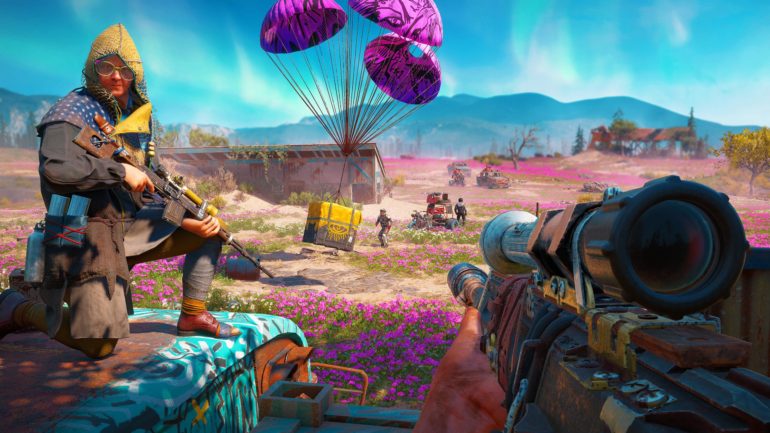 When our way of life crumbles into ashes, only chaos awaits us as the embers of a new world order is our only fate.

Far Cry New Dawn is what is in my honest opinion, the most chaotic, yet most fun Far Cry game I have ever played to date. Set years right after the end of Far Cry 5, the people who had gone into hiding can finally come out of their holes like it was groundhog day. The sun is shining bright, the leaves have an odd pink color, the animals have odd pigmented mutations, and almost all remains of civilization has been brought to ruin. So the only logical step would be to create a community and protect it from the forces of nature. Then everything changed when the Highway Men arrived, with their leaders being a pair of ruthless twins that would use everything possible to exploit all those that are not under their rule, only despair awaited those poor souls, till the prophecy of Joseph Seed arrives.

Far Cry New Dawn does just like what any other Far Cry game does, hunt game, find materials, craft weapons, find outposts and conquer them to improve the control of the faction throughout the whole map. However, New Dawn does things a tad more flashily and wildly, not to mention they’ve started using a sort of RPG style to shake things up. All that and a new roster of incredibly chaotic and fun weapons at our disposals and we have something that makes the aged formula of the series a lot more fun again. The RPG mechanic is like a soft implementation of the genre with only 4 levels for enemies, animals, allies, and weapons. It does make things easier since it allows you to easily prioritize upgrading your arsenal to get a better edge over your enemies as well as allowing you to be wary of certain areas where high-level foes like to frolic about. One awesome thing I’d like to take note of is the addition of a new signature weapon which in my case has become my new personal favorite and easily outshines the bow is the Saw Gun. The Saw Gun is truly a beautiful piece of creation that was probably blessed by Eris the Goddess of Discord. It fires a powerful saw that can ricochet of walls and enemies and once upgraded can fire three at a time and even becomes a home saw at max level. Truly a piece of chaotic beauty.

A new mechanic that the developers have added that feels like it should have been implemented in earlier games of the series is the ability to abandon or in this case scavenge outposts so that the enemy can reclaim them albeit with more security than before which adds to the challenge. The lack of this mechanic made previous entries in the series felt dull and empty whereas this one adds a decent level of replayability to the game or at least to each individual outpost. Whether you’re challenging yourself on different ways to clear outposts like going guns blazing or the silent assassin or the field commander style, each time you clear the outpost feels much more satisfying than it ever was before.

The guns for hire feature is back in New Dawn with a mix of humans and animals that make too much noise than you’d probably ever bargain for but at least they do it in fun ways. The cast features some fresh new faces and even a masked crusader with some of them coming back from the sequel to have a more helpful role in the player’s eyes and some just going full bonkers on the highwaymen. Once you start exploring the new Hope County, you’ll be amazed by how nature has changed since Far Cry 5, with a new pinkish palette going around and the wildlife looking relatively different and even more dangerous than before, there’s plenty of eye candy going around. Add to the fact that the highwaymen are much more active and abundant and even the random bystanders picking a gunfight with them, there’s never truly a dull moment in Far Cry New Dawn. New Dawn, also adds a new mode called expeditions wherein the player gets sent to an off-map area to find and collect loot from the high way men which make for some quick chaotic fun which is a nice touch by the developers. While all that wild scenery is good and all, for some reason New Dawn never really compelled me to explore the map when compared to my personal experience with Far Cry Primal which really made me want to go out and find everything in every nook and cranny.

New Dawn’s story felt somewhat rushed in a sense and barely fleshed out its characters despite it being a good opportunity to show how much their lives were affected by their new way of life and how it came to be. Though the threat of the highwaymen is real and it is real enough that even some of those in your community have no choice but to work side by side with an old enemy in order to rid the land of the new ones. While gaining their allegiance is all good and all, what really made it worthwhile was getting some form of power that sort of makes the player into a semi-powerful hero that at least gets to send enemies flying with a single fist at times, though it’s still not enough to damage cars let alone send them flying.

There’s plenty of things to love about New Dawn despite all the things that fell short of what could’ve been. Whether your figuring out the riddles left behind by those that protected their treasures, clearing outposts over and over again with a different method each and everytime, or my personal favourite pastime which is unleashing my “War Boar” Horatio to send all the high way men flying no matter how strong they were since Horatio is the most broken character in all of Far Cry in my personal opinion, there’s so much fun to be had in the wild mix of chaos that just works and makes the series feel fresh and alive again.

Disclosure: This review is based on a review code provided by Ubisoft. Read our review policy to know how we go with our game reviews.
Tested on: PS4 Pro 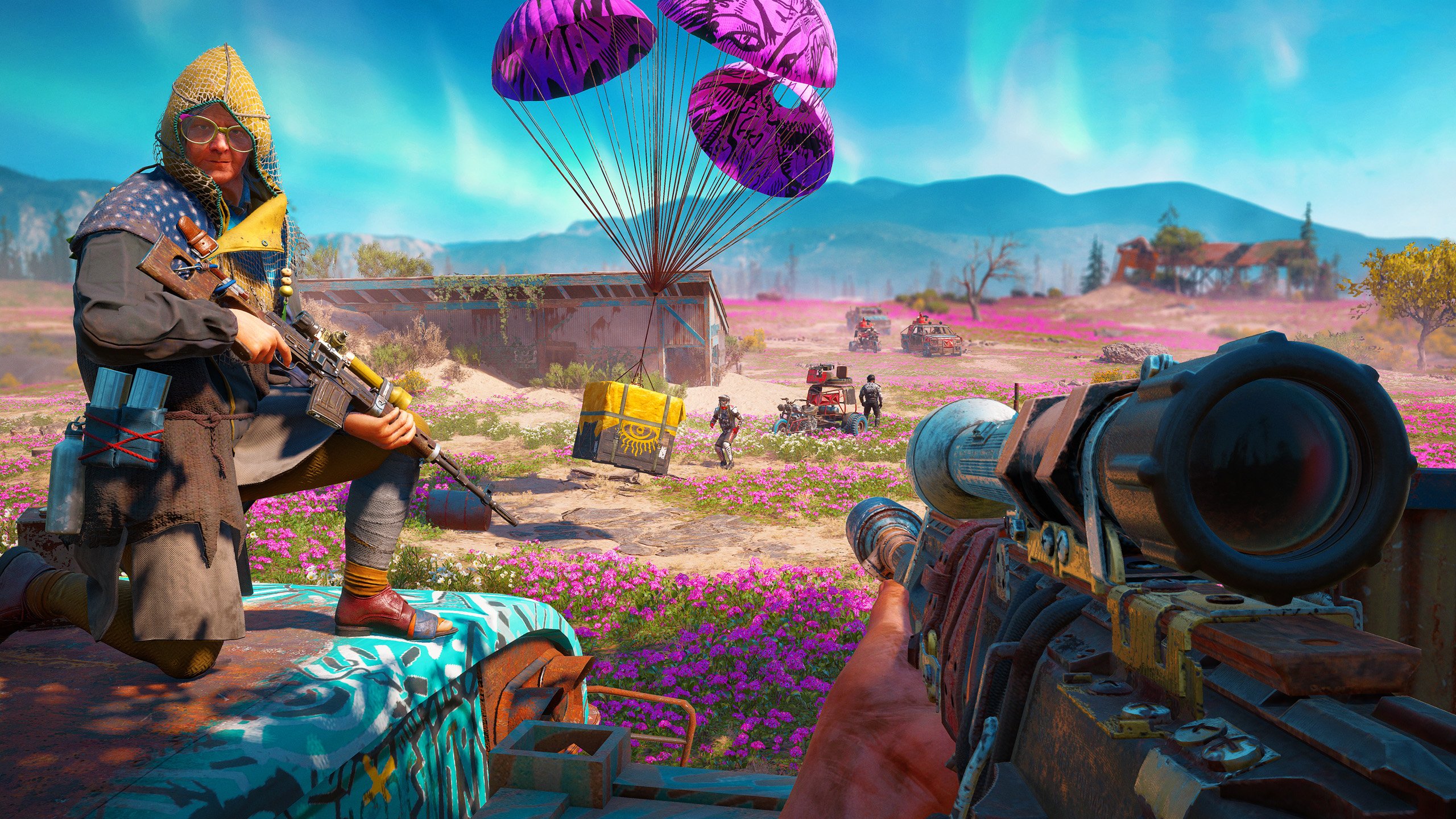 Far Cry New Dawn – Review
Score Definition
When the issues of a game are rolled and stomped by its greatness, then it’s something to invest on if you have some spare.
Pros
Sawgun
Horatio (War Boar)
Chaos all around
Powerful enemies and beasts
Cons
Bland story
The lack of a need to explore
8.3
Great