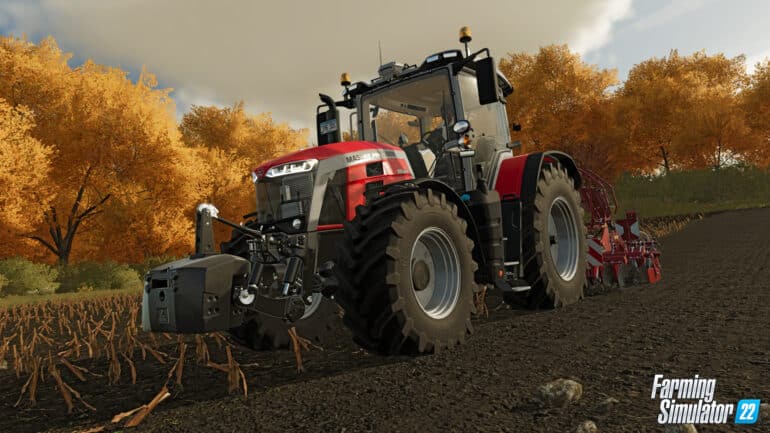 A few days after its November 22nd release, GIANTS Software announced that Farming Simulator 22 had sold more than 1.5 million copies, making it the first game in the series’ history to do so.

There has been a massive increase in Farming Simulator players since Farming Simulator 22 was released on PC and consoles around the world. GIANTS Software was able to streamline the communication with international distributors and expand its network to ensure that all objectives were met through self-publishing.

There has been an increase in the number of people joining the series’ fan base.

Aside from the growing network of partners, GIANTS Software also helped players connect with each other. Farming Simulator 22’s cross-platform multiplayer brings more and more players from all over the world to the game’s various platforms.

“The initial success of this first week and the great feedback we got from players proves: Farming Simulator is going in the right direction,” says Boris Stefan, acting Head of Publishing since April 2020. “Our plan to lead and manage all aspects of publishing communications to achieve the company’s strategic goals was met“.

Three distinct maps, each inspired by a different region of the world: southern France, the Midwest United States, and the European Alps, are available in the game’s new build mode and character creation tool.

All farmers will be able to find a suitable location to build their farm and begin cultivating crops, trees, and livestock. They have the option of focusing on a wide range of crops or caring for livestock, including cows, sheep, chickens, pigs, and horses. In addition, cross-platform multiplayer makes it much simpler to work together.

Farmers can cultivate vineyards and olive orchards with new machinery categories. Sorghum, olives, and grapes have been added to the list of available crops.

Farming Simulator 22 is available on the PlayStation 5, Xbox Series X|S, PlayStation 4, Xbox One, and Stadia. This is the most extensive farming simulation to date, with new features such as production chains forming agricultural empires and seasonal cycles bringing new challenges to the table for players.

Season Passes are available, allowing players to unlock additional content. You can purchase a Year 1 Season Pass to gain access to events and more future content. For more information you can visit the official Farming Simulator website.