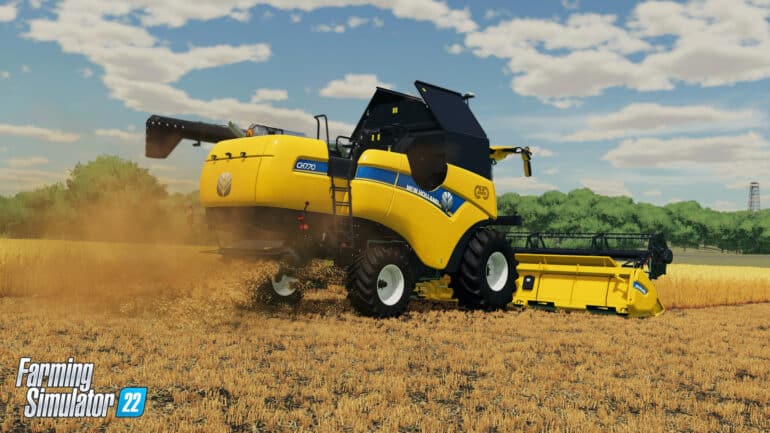 One of the key mechanics in Farming Simulator 22, the ability to complete harvest contracts, may be experiencing certain issues. Players have reported their frustrations at being unable to reap the rewards of their hard work. The harvest contracts not working glitch is understandably annoying. Here’s a way to fix it.

This glitch isn’t entirely unique to PC players of Farming Simulator 22. Console players have also reported in being unable to finish contracts on PS4, PS5, Xbox One, and Xbox Series S|X. Thankfully there is a fix for PC, but console players might have a harder time.

On your computer we need to first start by saving your game so you don’t lose progress. Quit the game and head on to your desktop. Here are the instructions of what you need to do next.

We need to look for a specific file regarding Farming Simulator 22. On your File Manager go to Documents and then head to My Games. You should see the FarmingSimulator2022 folder. Open it and look for the save folder containing your progress. Open your save folder and you should see an xml file called missions.

Open up your missions.xml as a Notepad file and you’ll be greeted with a bunch of words you may not understand. You don’t need to. What you need to do is look for any “harvest” mission types with an assigned “activeId” number.

Once you locate those with an activeId number, you should change the status from 1 to 2. Now look for “success” under it you need to change false to true.

Save and Close missionis.xml File

Make sure to save your changes. The glitch should be fixed by now. Boot up Farming Simulator 22 and finish a harvest contract.

GIANTS Software has confirmed that they are aware of this issue. Hopefully the fix for console players won’t take too long. The reason this glitch happens is because Farming Simulator 22 expects too much yield from players which in practicality may be impossible to achieve. If the developers could lower the figures, it could make for a very easy way to fix the contracts not working glitch.

Check out this step-by-step tutorial by CWATTYESOGamingForFun on how to fix the harvest contracts not working glitch.

For more on Farming Simulator 2022, check out our other articles.