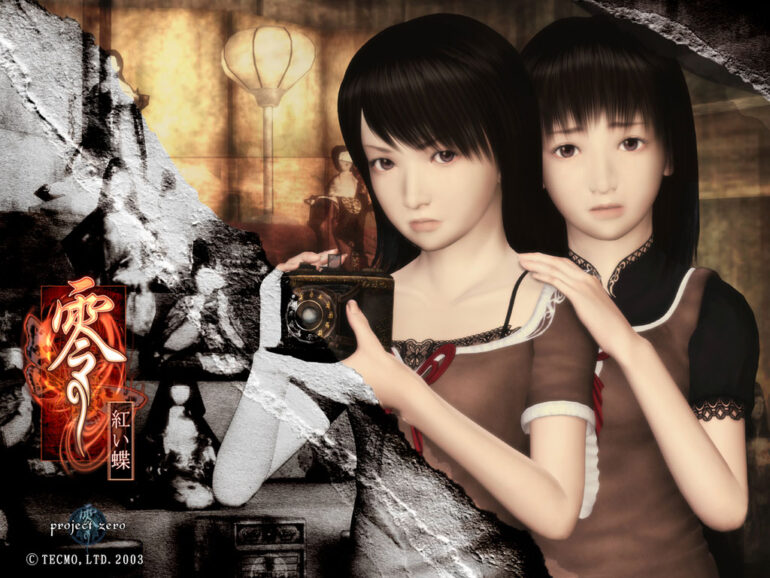 A classic and terrifying horror game from Tecmo. Fatal Frame II: Crimson Butterfly is one of those classics way back in 2003 that will definitely make you jump from your seat. A person like me doesn’t really like horror games like this. My tolerant gauge in horror titles is so short that I can’t even continue a few more steps inside a creepy house. But going back to Fatal Frame II, it’s actually a fun experience but also frightening at the same time. 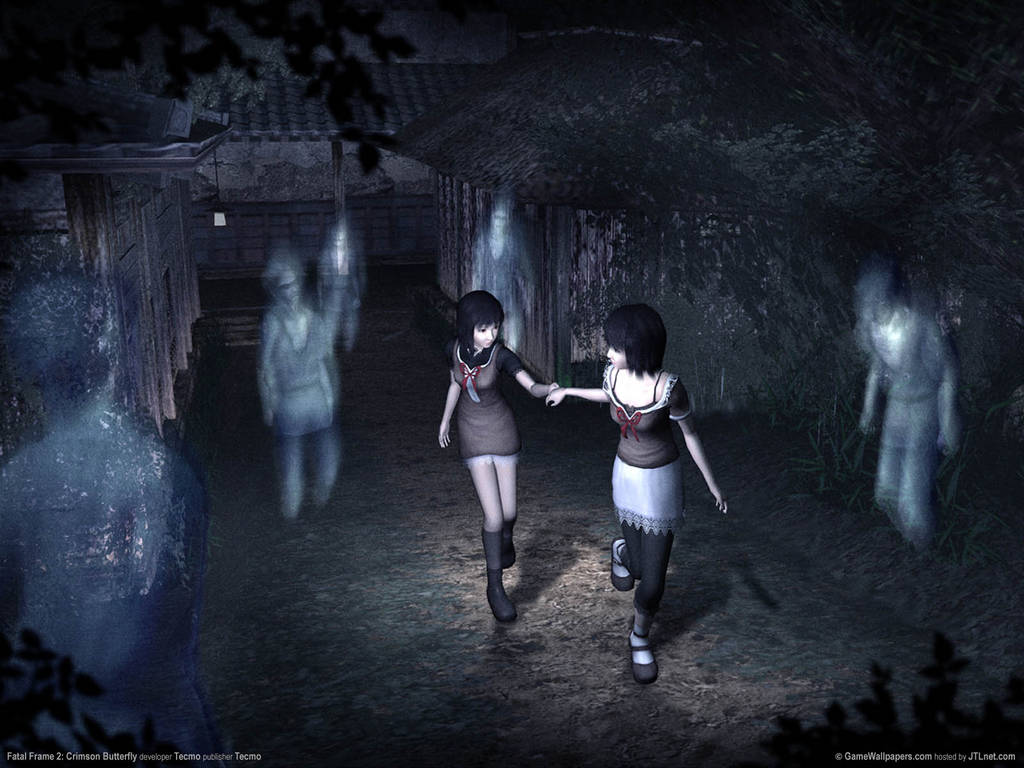 A short summary of its plot, the Amakura twins went back to their childhood play area in the woods of the Mikami region. A beautiful and enticing crimson butterfly appeared and went deeper in the forest, but the curious Mio followed the striking looking butterfly that led both her and Mayu to a secluded village. The settlement is plagued by evil entities that can be harmed by a simple flash from a magical camera, the Camera Obscura. The mystery that remain in that village makes you want to explore for more answers.

Yes, your only weapon is your camera. That’s where the fun actually lingers. You equip your point-and-click antique camera and look through the lens to hurt these soulless demons. What’s scary about Fatal Frame is its gameplay mechanic. When you aim with the camera, you’re placed in a first-person perspective. This makes everything terrifying because there’s the possibility when ghosts suddenly appear behind you.

The fixed camera angle makes everything challenging. As a 2003 survival horror, the positioned view can be frustrating at times when you want to react to situations quickly. But the controls are actually easy to maneuver, especially the aiming. But it’s quite wonky when you strafe and pan the left and right analog sticks at the same time. The character movement is also quite slow, if you remember classic survival horror games like Silent Hill and Resident Evil then you know how walking is slow-paced. Pacing is quite consistent in the beginning of Fatal Frame II, but it gets erratic in the later part of the game.

Boss fights tend to be difficult as you have to aim perfectly, and you have to make sure that you have great timing so you’ll be able to push the ghost back. The Spirit Gauge is a circular meter that appears when you aim with the Camera Obscura. When the camera is positioned in the perfect angle, the Spirit Gauge becomes red and you get to push the ghost back and stunning them a bit when you press the camera trigger. There are also upgrades for your camera. A great example of that is the ability to slow the movement of the spirits affected by the camera. 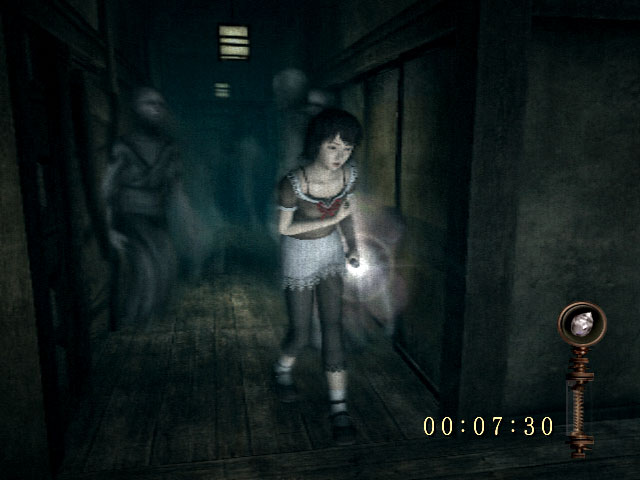 The puzzles and riddles in Fatal Frame II is nicely linked to its narrative. Unlike other survival horrors where puzzles are just “puzzles”, Fatal Frame II adds importance to each of those puzzles. You get to read a lot of notebooks, notes, and signs. The corridors in huge houses holds a lot of mystery and backstory which makes everything enticing even if Fatal Frame is petrifying.

The eerie music, the footsteps, the tiny bell sounds, and the heart-pumping sound effects adds a lot to the horror atmosphere of Fatal Frame II. It makes you tense, nervous, and scared. When ghosts start falling in-front of you while aiming with your camera unexpectedly, the jump-scare noise can make you drop your controller – it happened to me.

As a PS2 survival horror, it’s one of the best horror games out there. Along with Silent Hill, Resident Evil, and Clock Tower, Fatal Frame II will definitely capture you with its intriguing plot and horrific atmosphere.

Fatal Frame II is a classic worth going back to. Crimson Butterfly was the pinnacle of survival horror titles in 2003, it can still standout alongside today’s horror games such as Resident Evil 7 and Outlast II.