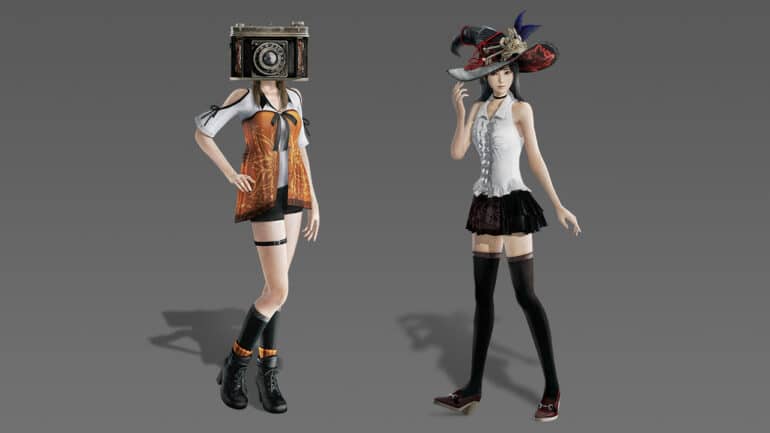 Fatal Frame: Maiden of Black Water was previously a Nintendo Wii U exclusive, but thanks to a remaster treatment, the game is now available on a variety of different platforms like the PS4, PS5, Xbox One, Xbox Series X|S, Nintendo Switch, and PC.

For anyone who happens to remember, the game had many outfits that players can enjoy, with some being of the skimpier variety. However, when the game was localized, they were replaced with Nintendo themed outfits such as the Zero Suit Samus outfit and the Princess Zelda outfit.

It is sad that in the case of the remastered version, the Nintendo themed outfits won’t be making a comeback for those who wanted to play it on the Nintendo Switch. However, that doesn’t mean that there are no costumes for players to enjoy which is what we’ll be showing you.

For those that bought the game early, then you guys are getting an exclusive outfit for Yuri, the “Ryza Outfit” and the “Ryza Hat” from the popular Atelier Ryza video game. This early purchase bonus is only available for two weeks after the game’s launch so it’ll end on November 11, 2021.

For those that weren’t able to buy this early then there’s still a chance that the outfit may become available at a later date according to Koei Tecmo.

For those that pre-ordered the game then you’ll be able to get the following:

As with the early purchase bonus, there is a chance that this content may also become available for purchase at a later date.

Then we have the FATAL FRAME 20th Anniversary Celebration DLC Costumes. These costumes are from past protagonists of the Fatal Frame series. You’ll be able to get these costumes by purchasing the Digital Deluxe Edition of the game.

Here are the outfits:

Now here are the new costumes that players can enjoy:

There are also new accessories for everyone to enjoy. Here they are:

That about does it for all the costumes for Fatal Frame: Maiden of Black Water. For more on Fatal Frame, you can also check out our other guides.