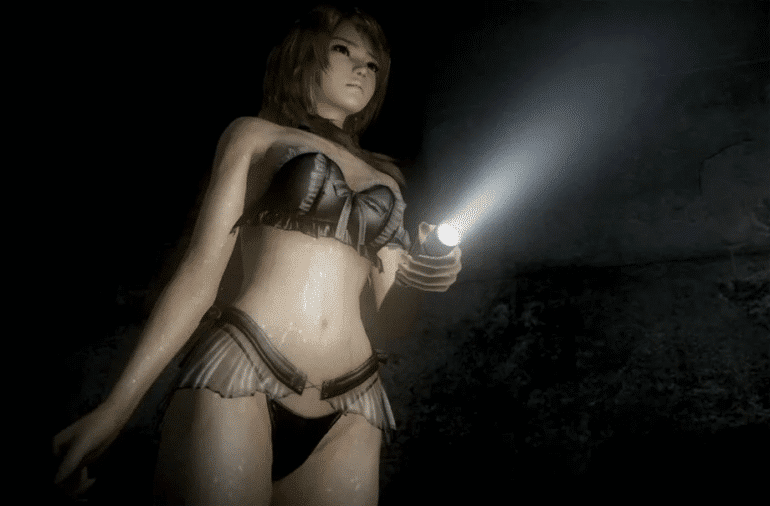 Fatal Frame: Maiden of Black Water was previously a Nintendo Wii U exclusive, but the game is now getting a re-release on a variety of different platforms like the PS4, PS5, Xbox One, Xbox Series X|S, Nintendo Switch, and PC. The game’s re-release will be perfect for Halloween. It’s a welcome localization that will bring some horror to these platforms, despite the fact that it won’t receive the full retail release that its supporters may have hoped for.

For anyone who happens to remember, the game had outfits that players can enjoy, with some considered “lewd”. However, when the game was localized in 2015, they were replaced with Nintendo themed outfits such as the Zero Suit Samus outfit and the Princess Zelda outfit to name a few.

Players who purchased the Wii U version of Fatal Frame: Maiden of Black Water had the option of playing the spooky adventure while dressing up as some of Nintendo’s most famous heroines. New costumes based on Princess Zelda and Samus Aran from Metroid in her “Zero Suit” form were available for purchase during the game’s North American and European launches.

The Japanese Wii U version of the game was already as “Mature” but Koei Tecmo still removed the ‘Fukaba Gravure Swimsuit’ and the ‘Yuri Swimsuit’ when the game was released for the West. Though that may have been the price that fans had to pay just to have the game localized.

Japanese players were able to virtually strip down the characters Yuuri and Miu to their underwear, as depicted below in an example of what could be worn in the Japanese release. The lingerie and bikini outfits was not included in the North American version of the game. These outfits will not be coming back so let’s take a look at some history of Fatal Frame that also made a small ripple to the history of video games back in 2015.

The Yuri Swimsuit has Yuri wearing a black swimsuit that features a ribbon on the chest area, it also features a transparent skirt like piece on the waist area. This outfit was unlocked by obtaining both the Bride of Yomi Ending and the Embrace Ending. The Zero Suit Samus outfit replaced this when the game was localized for Western audiences.

The Fukaba Gravure Swimsuit has Miu wearing a white stringed panty and a white bra with a wet scarf for her neck. This outfit was unlocked by unlocking seven out of the eight possible endings of the game. The Princess Zelda outfit replaced this when the game was localized for Western audiences.

It is sad that these outfits may never see the light of day again unless you happen to have a Japanese version of the original game but such is the price of having the game become available to a wider audience.

Many people were hoping that these costumes would return for the Switch version of the game. However, developer Koei Tecmo has stated on the game’s official website that the Zero Suit Samus and Princess Zelda Nintendo costumes will not be included in the re-release of Fatal Frame: Maiden of Black Water. As a result, new costumes were added to the game. It may be beneficial to note that those who pre-ordered or purchased the game early on any platform will receive bonuses.

Those who pre-ordered their Fatal Frame copy will receive two costume pieces in the form of hats, one of which is a witch’s hat and the other is a skeleton hat, and the other involves equipping the character with a camera obscura, also a “hat”. The good news for those who missed out on the pre-order is that an Early Purchase bonus of a Ryza costume and hat will be available until November 11.