Fate Grand Order: Stuff to Know When You Start 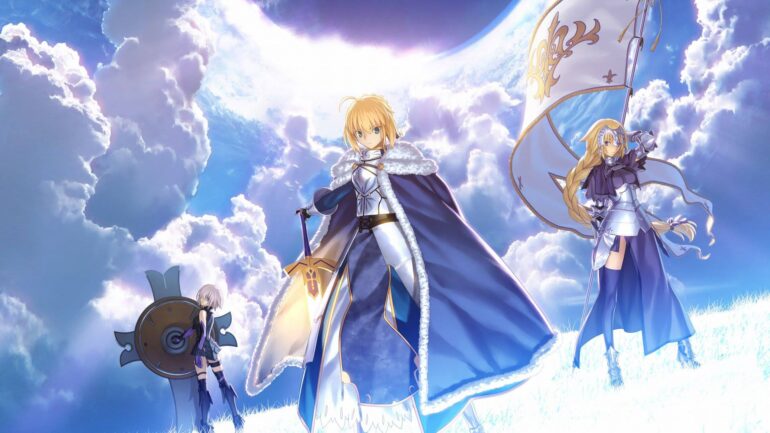 If you’re into anime and mobile games, you’ve probably heard of Fate/Grand Order. The game is nearing its second anniversary in Japan. More than just a mobile extension of the Fate series, Type Moon has been using it as a platform to go to different places and eras to fully explore the Fate universe. It’s gotten attention in western media, as a game that regularly gets a top spot in app revenue in Japan. Gameplay-wise, it’s a turn-based card collecting RPG featuring various historical and fictional characters as acquirable units, but it has an incredible amount of story that gives players a peek into the deeper workings of the Nasuverse from the perspective of a wayward master. If you can understand the Japanese, that is. Or the Chinese, as it came out last year in China.

This will change soon, as FGO is coming to western audiences. Slated for a summer release, the game has embarked on a social media campaign, more or less mirroring the promotion style of its Japanese counterpart. Many masters have mixed feelings about the release, reluctant to part with their prized servants over in their Japanese accounts, and the developers have stated that there will be no account migration involved with the release. Other users are prepping popcorn for the inevitable backlash on Tumblr. However there is an overall positive response to the news, with older users that dropped the game due to the language barrier excited to be able to participate.

Friends of mine know that it’s no secret that I love Grand Order and spend on the game regularly, but there’s more to the game than just mindless grinding and rolling the gacha. I highly recommend the game not just because it’s fun, but because it has an awesome community both on Facebook and Reddit, and I’ve made a ton of friends just through the game alone.

If you’re planning to start playing and are new to the game, here are some tips from a seasoned player:

You can clear the game entirely using free units.

You heard me, you don’t need to spend a single cent to clear content. Granted, this is reliant on your ability to plan and react to contingencies, but some of the best units in the game are 1* and 2* units. While game-breaking supports like Merlin and Zhuge Liang are valued and highly borrowed, you’ll always have Andersen and his insane healing buffs to back you up. Asterios’s debuff abilities make killing any boss a breeze, and Sasaki Kojiro will almost singlehandedly carry you through the France chapter.

Over time the game also gives out 4* servants as event rewards, and some of these even outclass gacha servants. Chloe Einzbern from the Prisma Ilya collab event and Tohno Shiki from the Kara no Kyoukai event are extremely good units for their class and rarity, and if you clear the entire event, you’ll be able to maximize their strength by acquiring duplicate units to power up their ults.

Don’t have a servant of the right class? Borrow one from a friend!

FGO has a friend system that lets you borrow almost any servant in the game, so long as someone else owns them and puts them in their support lists. Doing so gives you friend points, which you can spend in the free gacha to acquire servants and craft essences. Even if you’re not friends with the user, you can borrow powerful units such as Jeanne and Cu Chulainn alter to stomp a particularly annoying boss. Then send them an invite later and cross your fingers!

If you’re friends with the master that you borrowed the servant from, you’ll gain extra friend points and unlock the ability to use the servants’ noble phantasms. There’s also a friend code system for if you want to add specific people, like your actual friends. In general it’s really useful to be friends with that one guy (you know the one) who spends a lot on his games, so that you can benefit from his overpowered servants later on. 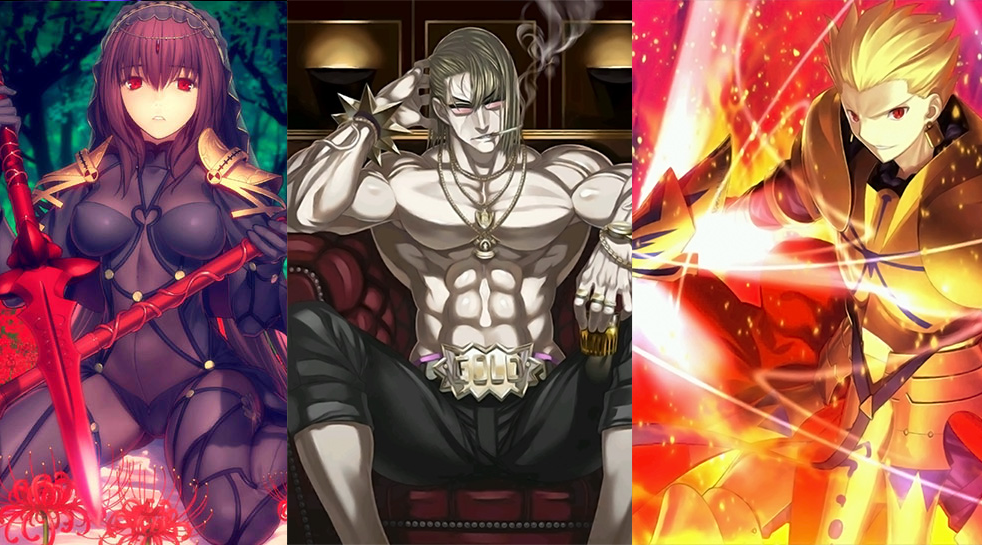 Don’t get baited by the gacha!

No, seriously, this is usually the main reason why people get salty over it in the first place. People complain about Fire Emblem being greedy, but Grand Order has quite a few tricks up its sleeve to make sure that you’re always low on quartz. It’s not unusual for the developers to come up with an unusually tantalizing gacha right before releasing a new servant.

Take advantage of the fact that the rate up schedules have already been laid out elsewhere – resources like Cirnopedia have events and gachas laid out chronologically, so you can already plan ahead and save quartz for a particular limited servant that you really want. Considering it’s the gacha, there’s no real guarantee that you’ll get them anyway, but it’s much better than having to reach for your credit card because Gilgamesh unexpectedly showed up after you spent all your quartz rolling for someone else. (Gilgamesh is pretty good to boot.) Let us Japanese server players take the fall for you first, albeit about a year or two in advance.

If you’re more concerned about rolling for limited servants that will have a lot of value in the long run, check out the ones pictured above. Scathach, Sakata Kintoki and Gilgamesh are still mainstays in support lists even well after their initial appearances. That said, there’s no shame in rolling for your favorite character, or just rolling for someone because you like their character art. Regardless of tier lists, most servants are still pretty useful and will sometimes receive skill and animation updates to keep them up to date with the newer ones. 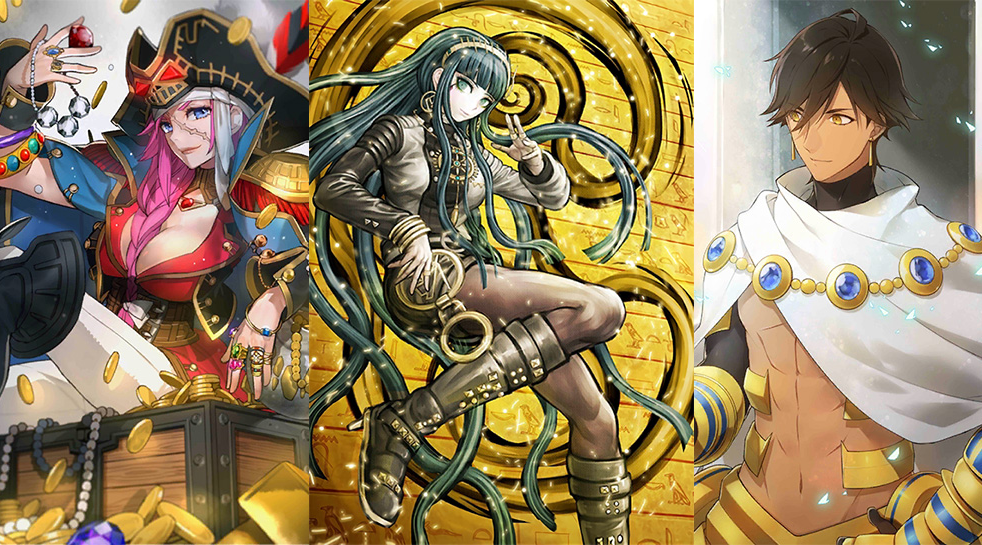 Get to know your servants.

Demon pillars and grail wars aside, FGO is ultimately a game about a master and their servants. Take time to check out all your servants, gold or not, and you might learn a thing or two about their historical counterparts. Your servants interact with each other in the game much like they would based on what they were known for in history – the Round Table servants are all scrambling to serve Artoria, Scathach and Cu Chulainn maintain their teacher-servant relationship, Karna and Arjuna keep trying to kill each other, and so on. Each servant has strengths and weaknesses that reflect in their skillset, such as Siegfried’s bonus to draconic targets, or Da Vinci’s golden ratio translating into her Golden Rule: Body skill that grants healing and debuff immunity. Spend enough time with them and you’ll max out their bond, granting a character-limited item tailored to them specifically.

Some servants come in different incarnations and classes. Iskandar from Fate Zero is a limited servant, but can be summoned as a 3* in a more youthful form. The numerous alter servants in the game are a callback to Fate/Stay Night’s Heaven’s Feel route where Artoria becomes black-clad and shrouded in darkness. Servants like Kintoki can be summoned in alternate classes, like his Rider form from the Onigashima event. Some servants like Francis Drake and Nero Claudius are inexplicably the wrong sex, but these lend an interesting spin to what may have been a twisting of the tale throughout history.

There’s a ton of FGO fanart on Pixiv if you’re looking for your favorite character, and no shortage of associated memes. The developers reference them frequently, especially during events. I’m not kidding, go check out the TV Tropes page for them. Some events play with these and throw out tons of flavor-based content, like the Valentines event where you can receive chocolate from your female servants as collectible craft essences.

Fate Grand Order will be arriving to the west in summer 2017 for Android and IOS.