My Favorite Moment of The Game Awards 2016 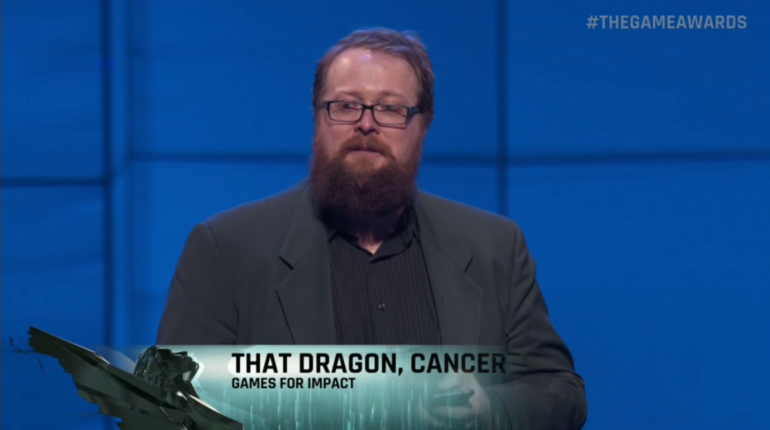 We just got off a wonderful week in gaming. We had the Video Game Awards and shortly after that we got the Play Station Experience. Both events gave us heart-felt moments as well as something to look forward to in 2017. There was Kojima-san finally getting the award that was robbed from him last year to the debut trailer of Last of Us II. All of those can be argued as the best moment of the week but for me, I think the moment that stood head and shoulder above all the others was when That Dragon, Cancer won The Game Award for the category Games for Impact

For anyone that has even heard of what this game is about, this moment would most likely bring a tear to your eyes. It even affected the presenters who were initially too happy for a category titled “Games for Impact”

When Ryan and Amy Green started That Dragon, Cancer, they were simply trying to share their experience with other people. While the game managed to touch a lot of players. there were others out there who questioned their motives. People could not understand why someone would spend their time recreating what was arguably the worst moments of their lives. There were even people who claimed that the Greens were simply exploiting their son’s death. While I do see why they think that, creating the game was an outlet for Ryan and Amy to help them deal with their loss

Similar to how a painter channels his emotions with each stroke of the brush or how a writer takes inspiration from real life, Ryan and Amy took their grief and turned it into this game. We have argued for video games to considered art for so long and while we are not entirely there yet, I am glad we are at a place where games like That Dragon, Cancer can exist.