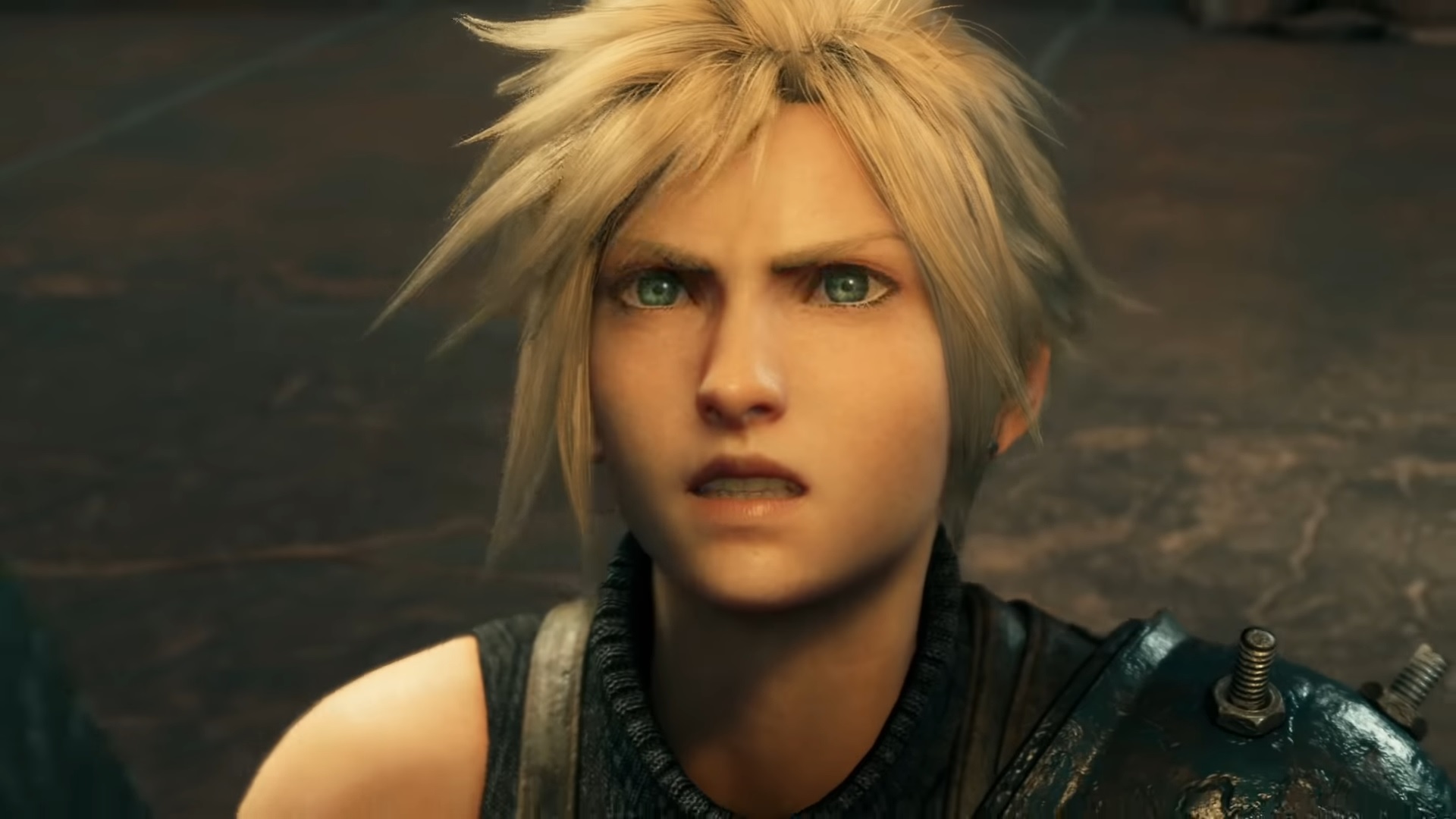 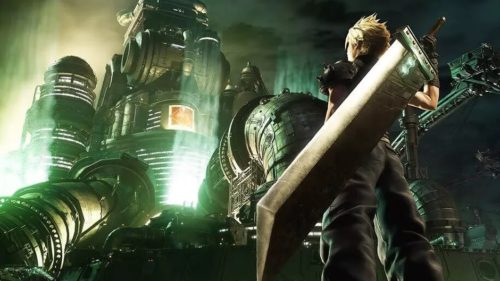 When we look to the stars from on high we see endless possibilities. We can probably catch a glimpse of how the shape of our stories will take form. The Final Fantasy VII Remake is just one possibility that has taken shape for its story. It shows us all that we are not grounded by the past in order to shape our future.

When it was confirmed that the remake will be cut into a multi-part game, seeds of doubt began to grow. The 1st game of the remake focuses entirely on the Midgar arc. Well, Square Enix actually managed to turn something small into what honestly feels like a complete game in my opinion. What was once a 4-5 hour section of the game took me roughly 50 hours to complete in my playthrough and that’s with doing as much of the side content as I could and taking my time and enjoying as much as Midgar could offer me.

For those new to FFVII, the story begins with a group of eco-terrorists called Avalanche who are trying to destroy reactors that a company called Shinra is using in order to provide energy to the people for money at the cost of sucking the lifeblood of the planet.

For those who have played the original the amount of nostalgia that one can experience in this game is something really special. Seeing the iconic scenes in a different graphical experience is nothing short of amazing. Where once there were blocky polygons, expressionless faces with mouths and noses being absent most of the time, and skeletal animation frames that weren’t even fully connected are now replaced with actual realistic detail. The amount of realism is so much so that even subtle emotions are very visible in the expressions and eyes of the characters and even the way their hair moves shows just great a leap technology has achieved after 22 years.

The developers even added tiny bits of details like the Materia being visible in the weapons or that the characters show their equipped weapons during cutscenes. It is also very noteworthy that Midgar looks amazing in high graphical fidelity despite the nature of the monster-infested slums and it really becomes alive when one sees how the wall market looks especially at night where it really shines. Though there are still many parts in the game where the graphics don’t hold up like the textures being bland especially on doors and there are instances where it takes a while to load up though that could be a hardware limitation if anything.

The musical score is what we’d expect from the Midgar section however they’ve been paired with brand new music to elevate the already impressive soundtrack to new heights. The soundtrack had always carried a lot of weight but when re-experiencing it together with the new graphics it pushes the boundaries of the events we remembered into something even more special that nostalgia alone can’t do.

The combat reinvents the ATB system into something of a hybrid between an action game and a turn-based RPG. Running around or attacking the enemy fills the ATB bar for us to do more powerful actions whether it’d be using a weapon skill, casting a spell, or using items to restore our allies’ health and status. One gripe I had with it though was the camera was pretty awful at times and the targeting system can be off at times. The remake also adopted one of FFXIII’s combat elements in the stagger system. Now enemies can be staggered to deal even more damage and they can even fall under pressure for Cloud and the gang to make them stagger more easily. The hybrid system makes the combat more fluid, engaging, and tactical. Simply mashing a button is never going to take you far and the enemies were much tougher in some instances then I would’ve hoped for which was actually quite welcomed. It made me think more tactically and sometimes I even had to change my material and weapons setup whereas those encounters would’ve been much simpler in the original game.

Another thing that was very unexpected was the weapons system. The remake again borrows elements from FFXIII, in this case, the Crystarium system and redesigns it to suit the game. It is now possible to upgrade all your equipment which made even my starting weapons a suitable choice to equip even as I reached the endgame and postgame content. Being able to equip the iconic buster sword as I clear the way in the final stages and see it in the cinematics I couldn’t help but be satisfied watching the scenes play out. Thanks to this reinvented weapons system the Remake is unlike most of the Final Fantasy games where getting a new weapon makes the old one obsolete most of the time.

The Remake wasn’t just a treatment for the characters but also for the enemies as well. Some enemies have more moves than they originally had and some of the more unique looking ones even became bosses. What once were common/rare foes became one-time encounters that would sometimes push the players to the limit. Though not all of the boss fights were challenging they were still pretty unique and all with a different set of tactics. It was impressive and annoying how they made the house monster in the original into a very tough boss fight at least in my opinion.

The character development is one of the best parts of the Remake. We can see plenty of scenes that give a lot of depth to the characters. Jessie, for example, was a character that was just a passive bombs expert in Avalanche back in the original, in the remake she is a stunning beauty who is very flirty and “thirsty” for Cloud and her backstory and reasons for joining Avalanche are expanded upon by dedicating an entire chapter of the game just for her. In all honesty, the amount of detail the devs gave Jessie is nothing short of staggering. Also, in all honesty, I always thought Jessie was a boy and was left in shock when I found out she was a girl when seeing her in one of the Remake’s trailers.

There are also plenty of scenes where the main casts character development is touched upon more so in the Remake like Barret picking up Marlene and doting on her. So many emotions are stirred for those long time fans when these scenes are played out and sometimes one will even wonder how these scenes made sense when specific parts of it weren’t even in the original. Though there may be a few golden lines that were cut here and there like when Barret paid Cloud for the 2nd job he mentioned that he had to take it out of Marlene’s tuition funds. The Voice Actors have also done an amazing job when it comes to bringing the characters to life like for example Biggs and Marlene. For Biggs, one can easily feel the handsomeness just from his voice alone and it doesn’t help that he is also Balthier’s voice from FFXII. In Marlene’s case, there was one extra scene where Marlene cried and it was so heartbreaking and it sounded so real that it almost brought me to tears. The characters feel so alive that one can easily become attached to them, love them, and bond with them in some indirect way which goes to show how character development is done properly.

They made Midgar brim with so much life that many characters new and old get their chance to shine and leave their mark on our memories of FFVII. Wherein the original they were somewhat forgettable in the Remake they get a chance to shine like Johnny who not only gets his own story and sidequest but also his own theme. There are chapters where one can explore the slums and while the story is still linear, when compared to the original it is more open to exploration than ever before. A tiny detail that the devs also did was that Cloud’s reputation can actually affect the NPC dialogue here and there which makes the game even more alive than it already is. There are plenty of sidequests and other distractions around Midgar to distract the player from playing out the Main Scenario which sometimes offers great rewards or in rarer cases even abilities if one is observant or experimental enough.

Now the story, for the most part, is an expanded version of the Midgar arc. It plays out almost exactly the same way however the Remake doesn’t follow the flow entirely but instead uses it as a reference guide towards the path they see the Remake heading. There are parts in the story that never happened in the original and are set up so as to improve the story and make it more cohesive than it already was. There are elements that were added that were never in the original even early on in the story which is all tied up together towards the end. A lot more dialogue and scenarios were added that they had to give them their own chapters. What’s truly amazing is how different it is when compared to the original, like for example the climb up towards the Shinra building; in the original, it was a simple puzzle game to get to the top but in the Remake, there are enemies around, a better view of what happened in Midgar on that part, and even a boss battle by the end. What was probably the most daring thing the devs did was how they changed everything by the last chapter. Heading into the final chapter I was caught off-guard by the Crisis Core (FFVII Prequel) and Advent Children (Post FFVII CG Movie) elements that were added to the game.

The FFVII Remake isn’t simply a remake it’s a reimagination of the original FFVII. The ending chapter changed everything for me personally and it made FFVII into a game that I originally really liked to a game that I now love after finishing it though at this point FFVII is its own series in the Final Fantasy Universe. Those that know how the story is played out will undoubtedly be in for a surprise as the final moments of the game show that the future is uncertain. The FFVII Remake has its own story to tell us and that is something that fans of the original and newcomers can look forward to. This may only be the first game but the path towards the next installment has been laid out and I for one can’t help but be excited to see the next part of this incredibly long series considering the Midgar arc is roughly around 10-15% of the original game. This remake is a chance for those who have yet to play FFVII to learn what it’s about and why it’s one of the most iconic games of all time. This reimagination of FFVII is what I believe the fans have always thought FFVII would be deep inside them.