Final Fantasy XV & Assassin’s Creed: The Good, the Bad and the HUH??? 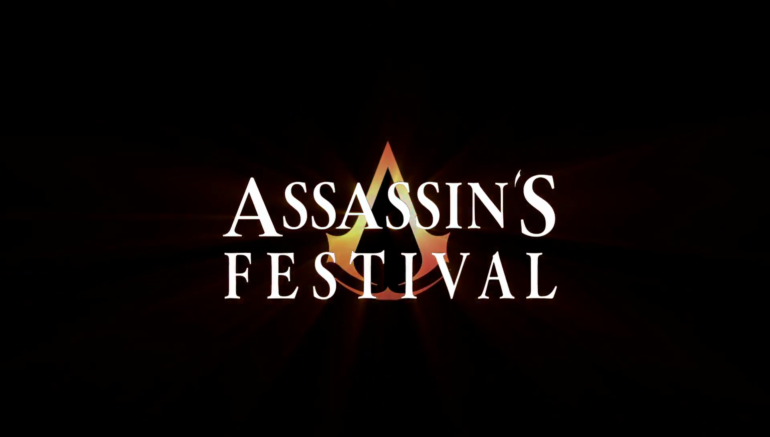 Just the other day we got the announcement of the FFXV Assassin’s Festival, so of course it would lead to a lot of questions. Many of us are baffled by this move despite knowing full well that this festival is Ubisoft’s way of marketing their upcoming game, Assassin’s Creed: Origins. So let’s take a look at some of the things that could possibly be good, bad, or just plain confusing

No matter how anyone looks at it, those robes are freaking cool! It kinda looks weird lorewise though since Noctis is a prince and is actually the destined “True King”. But I might as well go on an assassination spree while looking the part while we’re at it. 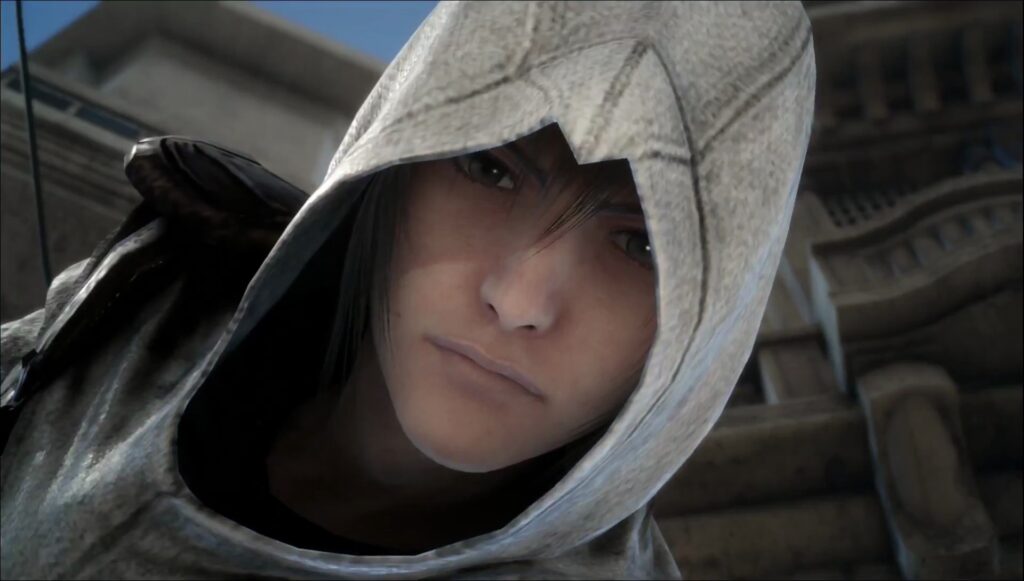 It would be so cool if we can get an Eagle Vision feature. Being able to see all of Eos from a bird’s eye view would be breathtaking. Yes I know we have the Regalia Type-F but it would still be cool to fly around as a bird just like in the Assassin’s Creed: Origins gameplay trailer. I just hope that we don’t get a Fish Vision feature instead.

The Kingsguard without Assassin’s Robes

Why only Noctis? They may be the Prince’s personal guards but if they’re journey meant anything, its that they were brothers. Though not in blood but in bonds. There should be some form of equality in their outfits for this DLC, besides who wouldn’t want to see 4 assassins doing parkour and killing imperial mech soldiers. 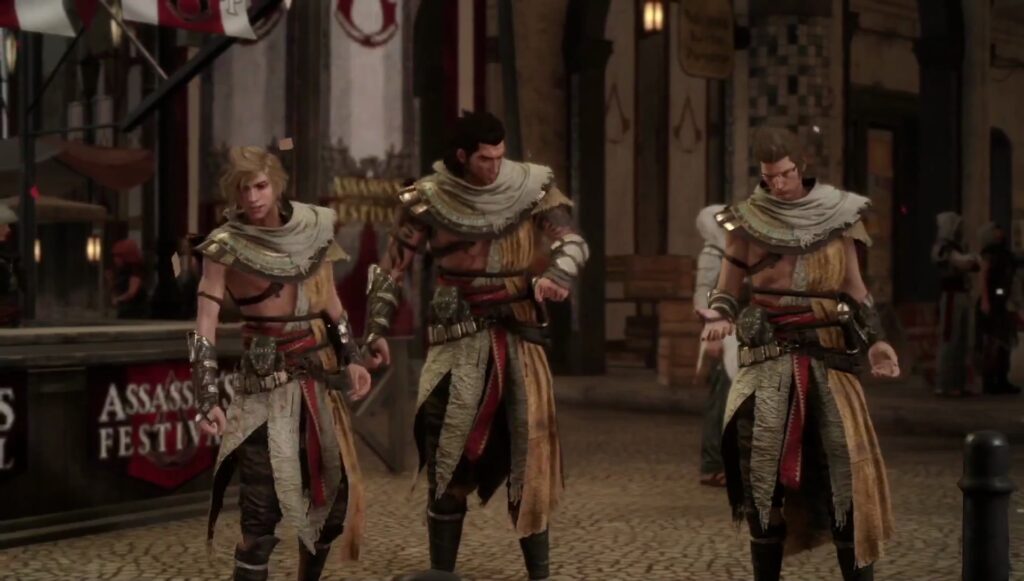 The theme is just stupid no matter how we look at it. I’m confounded how the NPC’s are celebrating a festival about assassins. Doesn’t that just mock who they are? What does the Creed say about it? Can anyone imagine a parade with assassins walking around and dancing to the tune of the festivities, where any imperial can snipe at them at their discretion?

Please do not give this to us, as this feauture broke the 1st Assassin’s Creed game and made Altair a mortal God.

Lestalum may be a great tourist spot but it pales in comparison to the beautiful aqua-centric architectural marvel that is Altissia, the dark ruins that was once called home and is now infested with the fiercest of monsters, Insomnia, or even the mysterious country of Tenebrae, where secret dungeons are possibly awaiting their discovery. So I don’t know why the devs decided on a bland town like Lestalum but if you’re gonna have a festival with lots of people, Altissia would’ve been the best choice. 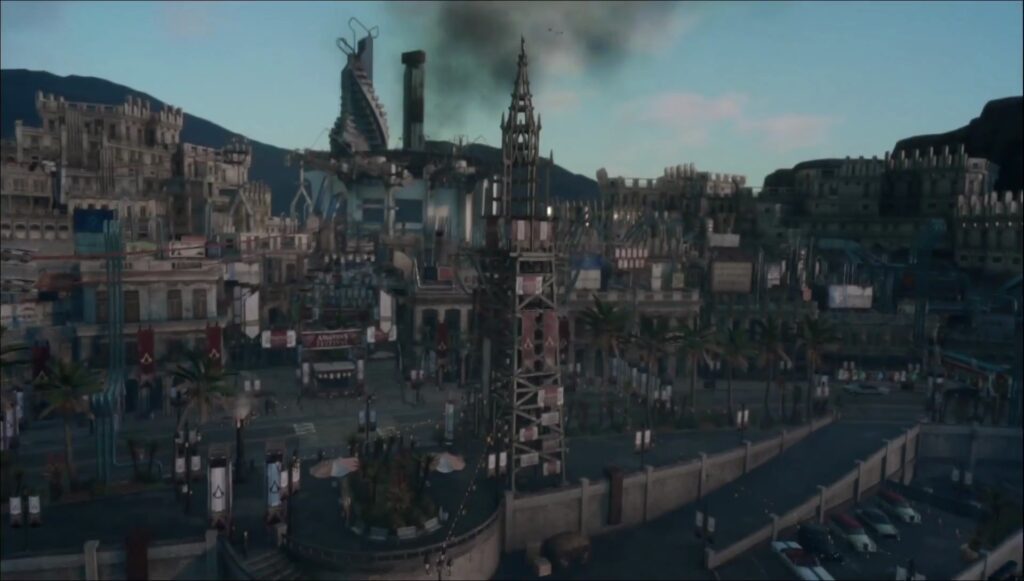 I’m not sure how this will translate to an RPG game or if we can one-shot our enemies with stealth skills for that matter but this is an interesting element. 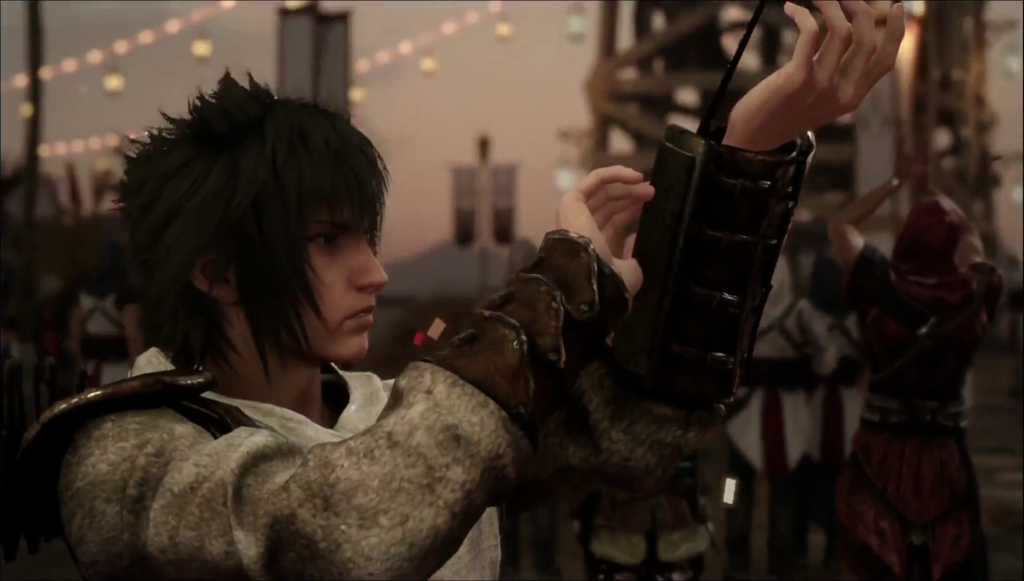 I just don’t know how to describe this.

It just makes me wonder if it is possible to assassinate monsters. True it would break the game completely but it might be fun for a short while.

The trailer shows Noctis hitting a big cactuar with a toy mallet. I don’t know what they were thinking adding that to a festival for assassins but I love it. Why did it take them this long to make that kind of mini-game? 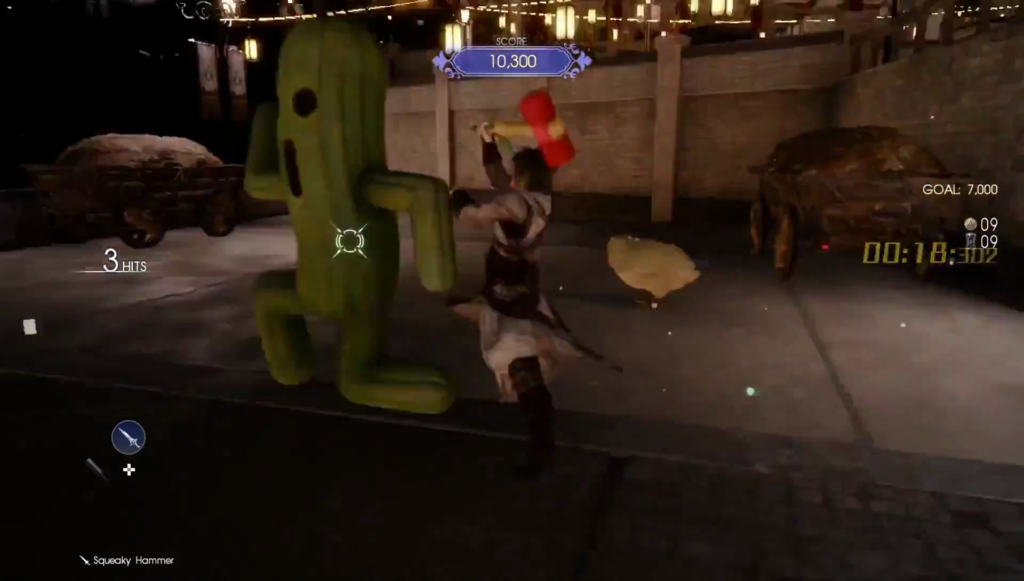 Overall it looks like a mess, but its a crazy mess that makes me want to play the game all over again despite wanting to wait for all the DLCs and expansions to be finished before I replay it.