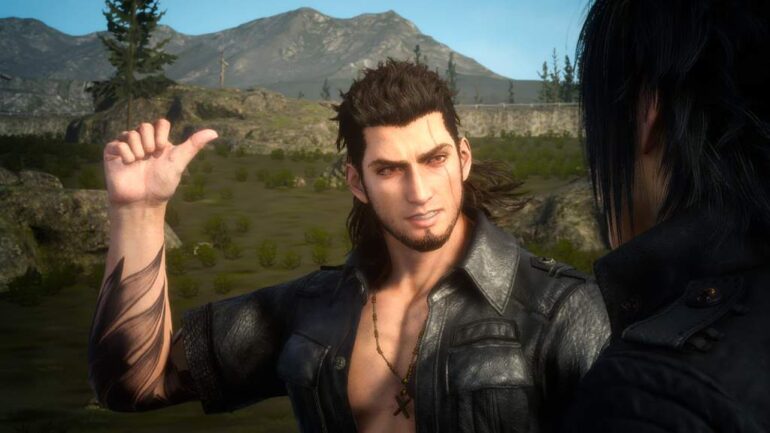 With the upcoming release of the FINAL FANTASY® XV –EPISODE DUSCAE– demo, SQUARE ENIX® today released new screenshots featuring the different enemies Noctis and his party will encounter, the shop system, and the expansive Duscae region.

SQUARE ENIX also revealed key features of the demo, including:
·         A New Generation of FINAL FANTASY: The latest platform technology brings Duscae to life, rendering fast-paced action against breathtaking backdrops under a sky that changes in real time.
·         Open World Exploration: Guide Noctis and his entourage over the plains, through the woods, into the dungeons and around the outposts of Duscae as players roam freely about the expansive region.
·         Action-Packed Combat: FINAL FANTASY XV is the first FINAL FANTASY flagship title to give players direct control over combat in real-time, resulting in an exhilarating action RPG experience.
·         Summoning: Uncover the astral power that will enable Noctis to call larger-than-life vengeance down from the heavens.
·         Engaging Quests: Adventures great and small await in Duscae.
·         English and Japanese Voice-Over: Enjoy English or Japanese audio with English, French, German, Italian, Japanese or Spanish text.

Backstory
When you’ve spent your entire life looking out at the serrated city skyline, it’s easy to lose yourself in the sprawling Duscaen landscape. The prince and his retinue were halfway to Cauthess when their daydreams came to a sudden, screeching halt—the Regalia’s last gasp before giving out to the unpaved backroads.

Now they were truly lost in the landscape: broken down by the side of the road with the Disc well out of walking distance. The Archaean, Titan, would have to wait. He’d been dormant for ages anyway. The first order of business was getting back on four wheels.