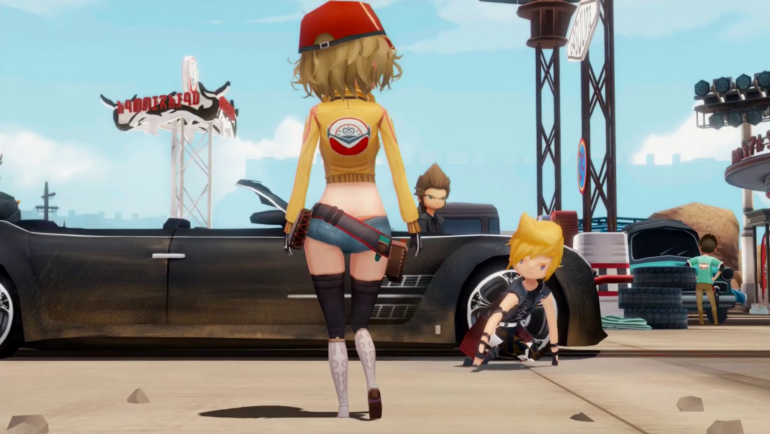 The FINAL FANTASY XV POCKET EDITION for iOS, Android and Windows 10 devices, to be released later this year, is an all-new adventure that retells the beloved story of FINAL FANTASY XV, giving fans and newcomers alike the freedom to journey through Eos whenever and from wherever they want. The mobile game features the main characters and story of the console version and newly-announced FINAL FANTASY XV WINDOWS EDITION, with an adorable art style and casual touch controls optimized for mobile devices. The main story is told across ten thrilling episodes, with all ten episodes available at launch and the first episode downloadable for free.

Elsewhere in the FINAL FANTASY XV Universe, SQUARE ENIX also announced that MONSTER OF THE DEEP: FINAL FANTASY XV will launch on November 21 for PlayStation®VR. In this brand-new VR experience, players will head out on a fishing expedition with Noctis and his crew across picturesque locations in Eos. The Story Mode places players in the middle of an exhilarating and action-packed showdown with a menace that lurks in the depths, while the Free Fishing Mode allows players to take in the the sights, sounds and scenery through a variety of fishing challenges. Starting tomorrow, fans who pre-order the game from the PlayStation® Store will receive a custom MONSTER OF THE DEEP: FINAL FANTASY XV dynamic theme and in-game Samurai Outfit.

Finally, at yesterday’s NVIDIA® conference in Germany, FINAL FANTASY XV WINDOWS EDITION was unveiled as the Windows PC version of the fifteenth mainline entry in the FINAL FANTASY franchise. Loaded with NVIDIA GameWorks™ technology and implementing other advanced PC features like cutting-edge graphics and physics simulation technologies, the game will launch with support for native 4K and 8K resolutions, along with HDR10 and DOLBY ATMOS®. FINAL FANTASY XV WINDOWS EDITION will also include all Season Pass and free update content already released for the console version, with the addition of a new optional first-person mode for a more immersive player experience.