The Final Station is an action side-scroller which takes place in a post-apocalyptic world wherein humans face an unseen threat which turns them into mindless, silhouette monsters. The main character of the game is a train conductor which was given a task to transport several essential parts needed for a humanity-saving project, from one town to the other, through a special train. What makes this train special is that it serves as protection from the thing that causes the monstrous transformation. As the conductor goes through towns, he stumbles upon survivors who he can rescue and take to the next safe town aboard his train. Either they live long enough to reach the next town or die from starvation and being mortally wounded would be up to the conductor’s skill and judgment. 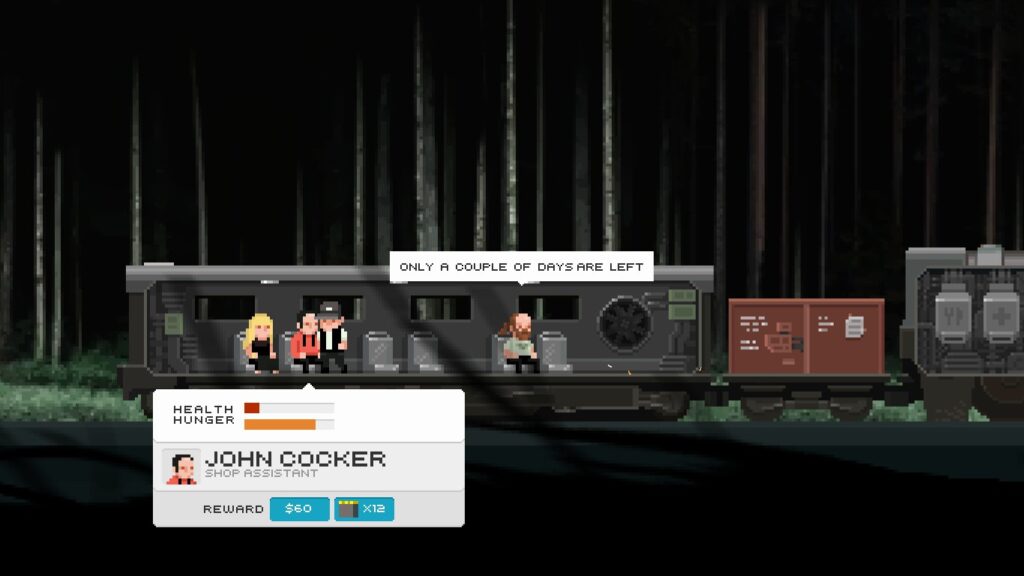 The game starts with a tutorial which presents itself as somewhat like a tragic epilogue as it somehow depicts the conductor in a situation where he’s trapped and his death was inevitable. Later on, it switches to his first day back from his vacation and is immediately given the task to transport a very important part of an anti-doomsday project dubbed as “The Guardian”. This project, which supposed to have failed previously, is in the process of being revived in preparation for the “Second Visitation”, which sounded like the second wave of the alien invasion that happened 106 years prior to the current time of the game. According to the dialogues and notes scattered across the game, during the “First Visitation”, strange capsules fell down from the sky and released a gas-like substance which turned the majority into hostile black creatures with blood like tar. The same gas gave a merely small percentage of the population superhuman abilities and was also suggested that it wasn’t something that was supposed to wipe off the entire human population, but just to cull out those that are weak, hence the monsters.

The conductor has to pilot and manage a refurbished train called “Belus-07” through a pre-set route. Though he is tasked to transport his shipments at the shortest possible time, he has to deal with the blockers that are set-up in each station on his route. The blockers can be deactivated once he punches in a code and these codes aren’t readily available and within reach. The conductor has to go through the city to look for the person, or what’s left of them, who has the code in order to make it to the next station and getting it isn’t always easy. He has to go decrepit buildings full of these black monsters with only his pistol, a shotgun, and eventually a rifle. Items such as food and ammo can be rummaged through boxes, cabinets, shelves which is always gonna be beneficial for his journey. Survivors can also be rescued which can be a benefit or if not, a burden that may jeopardize the conductor’s own survival. 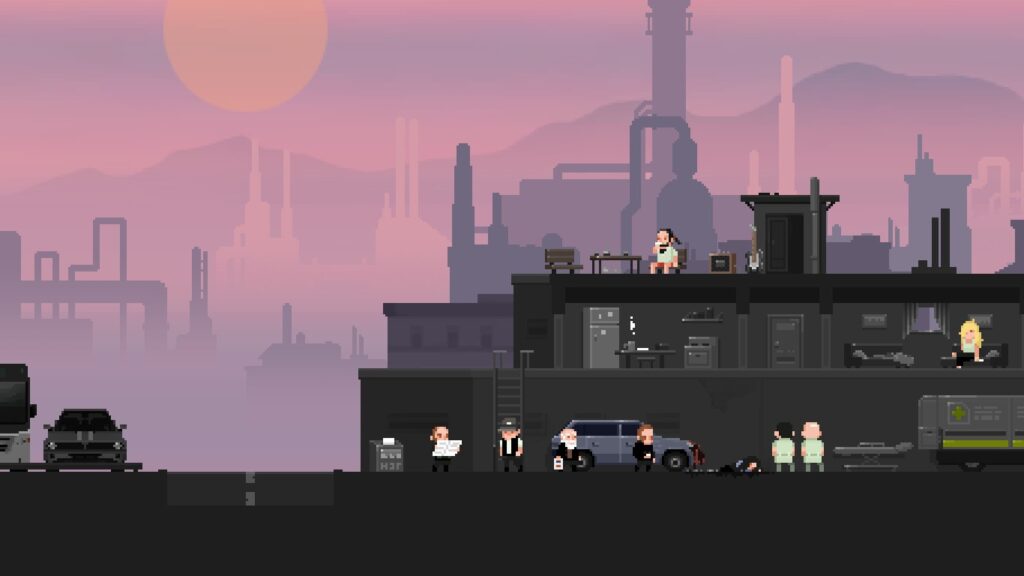 The gameplay is divided into two: inside the train where it’s basically just managing the condition of your train while also keeping an eye out on your passengers’ well being, and when you disembark the train and go on foot while going through the town scavenging and shooting down monsters. Both parts depend on each other and whatever happens on one end will also affect your actions when you transition to the other. Say, for example, you need to be wary on your medkit usage; should you keep it and use it for yourself in case you get badly wounded or should you just reserve it for your passengers for the sake of getting their reward when they make it to safety? It’s that factor of deciding which action to take is what makes it more challenging. 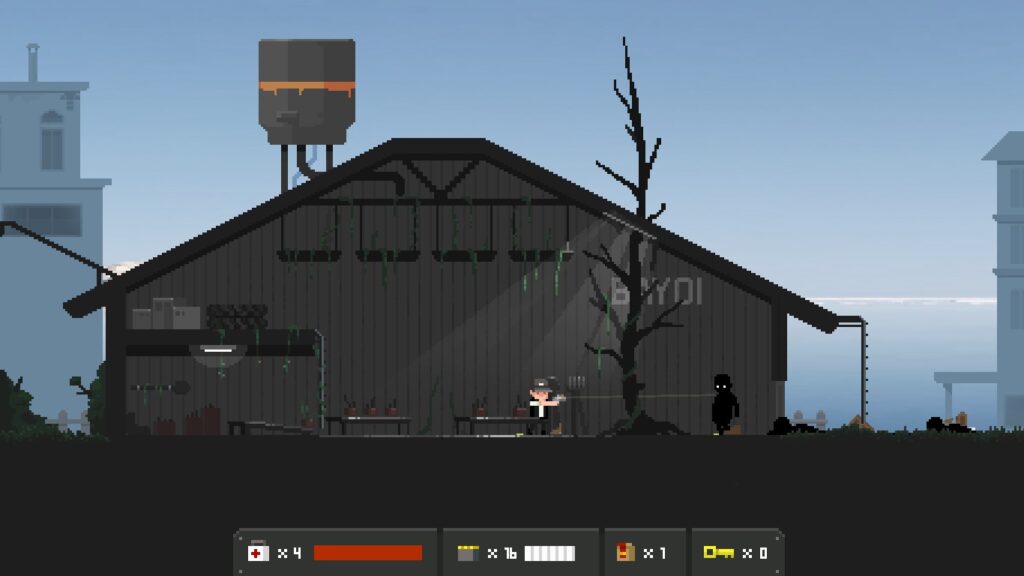 But sadly, the depth of decision making The Final Station provides to its players is not that deep. If you don’t like spoilers, best avert your eyes now to the last paragraph. This game is pretty linear when it comes to progression. The build-up of its story and what really is happening in the environment and how the conductor fits in it with his role was done so well by having it done in bits and scattering it throughout the game. The weakest part was the ending. That thing in the tutorial where it shows the conductor with no escape and eventually dying was a nice touch because even though it gives the players the impression that it is his fate and he cannot avoid it, it still leaves and gives that motivation to play the game just to know how it went and how it ended up that way. But it turns out that the tutorial scene did not really happen, or, to put it simpler, it was just a dream. Well, yeah sure, that was still a nice twist… only if the ending made sense. The conductor still died but through a different manner: he was mercy-killed by this guy dubbed as the Hunter by players, possibly one of those in the minority who actually got the positive effects of the gas. It was agonizing to see the conductor walking towards his house, taking quick pauses along the way, and coughing the black stuff up and eventually succumbing to the mutation just as he passed through his daughter’s (?) room. But his death just left a lot of questions and loose ends to what was really happening.

Was there really an alien invasion or was it all just a plot concocted by the same people the conductor has worked for? There are times that this method of letting-the-audience-figure-it-out works but it did not work well with The Final Station. It was underwhelming to say the least, it had me going “uhh… what the @#$% happened?” in the most confused way. I literally had to rely on other people’s insights about the story and found out that I wasn’t the only one who expected an alternate ending because it really had that impression. Almost a month after its release and there’s still just one ending and no official explanation of its story. The explanations that other players came up with are really interesting, though; ranging from it being just a political ploy to rule out the weak, to all of it being just an allegory of what really transpired. 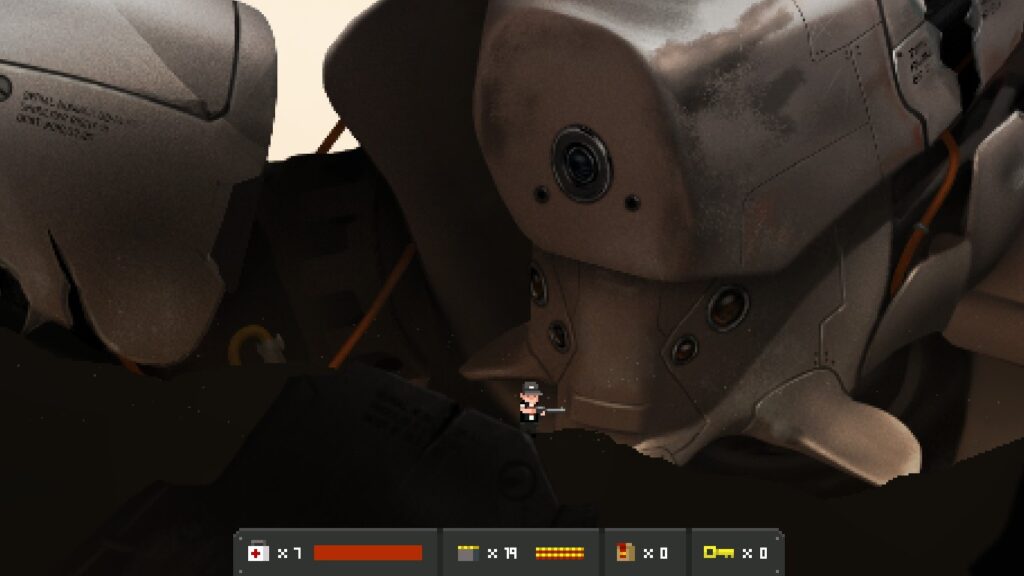 In its entirety, The Final Station is still an interesting game to play. It required players to use some fair amount of judgment despite being linear and it did its best to keep players on their toes, be it while inside the train or outside on foot. Though rendered in pixel art, it still showcased wonderfully designed environments and levels. The story was built up in a steady pace but it lost its charm by the time it reached the end with all the questions it left unanswered. It’s something a future patch may fix by providing an alternate ending or possibly a sequel or the same game but through a different perspective. It’s just a short and relatively cheap game on the market and we recommend it if you have the time or if you are interested enough to crack the story yourself.

This review is based on a copy provided by the publisher.