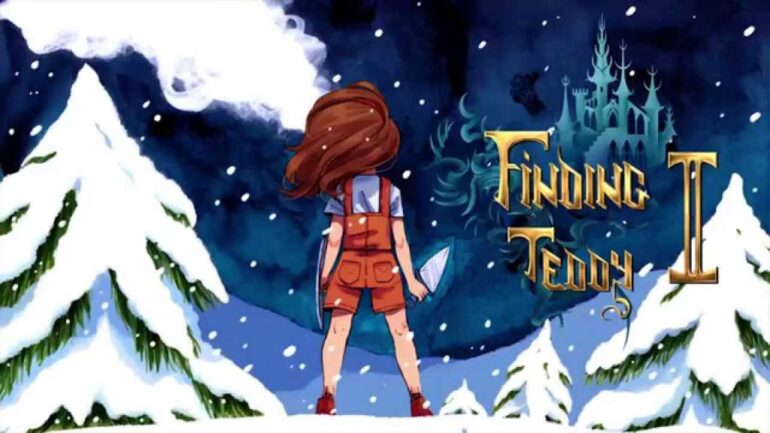 Each of us have unique childhood experiences. But this little girl, starring in LookAtMyGame’s Finding Teddy 2, has childhood adventures that are beyond remarkable. Finding Teddy 2 is a 2D Adventure / Action platformer game with a Pixel Art Retro finish. It is a sequel to its point-and-click predecessor Finding Teddy 1, that was featured at the prologue as an overview for those who have not played it. The explanation of the events from previous game and the short introductory narrative helps players understand the goal of the current game, which is surprisingly very sufficient despite the game’s lack of dialogue and instructions.

The game starts off with the little girl playing a video game when suddenly, the lights went out. After taking out her weapon from the toybox in the middle of the room, she goes to the basement to find what I assume would be the fuse box, but instead finds a floating teddy bear which she fearlessly follows into a door leading to god-knows-where. She falls into a digital abyss and later on finds herself at a graveyard in Exidus where all the adventure begins.

There is more to this game than meets the eye. At first glance, it appeared to me as a cute game suitable for all ages, primarily because the protagonist is a little girl with a Teddy bear. But after playing the game, I realized that this isn’t really a game for children. And so much for gender expectations, the heroine is definitely not little miss goody two shoes. 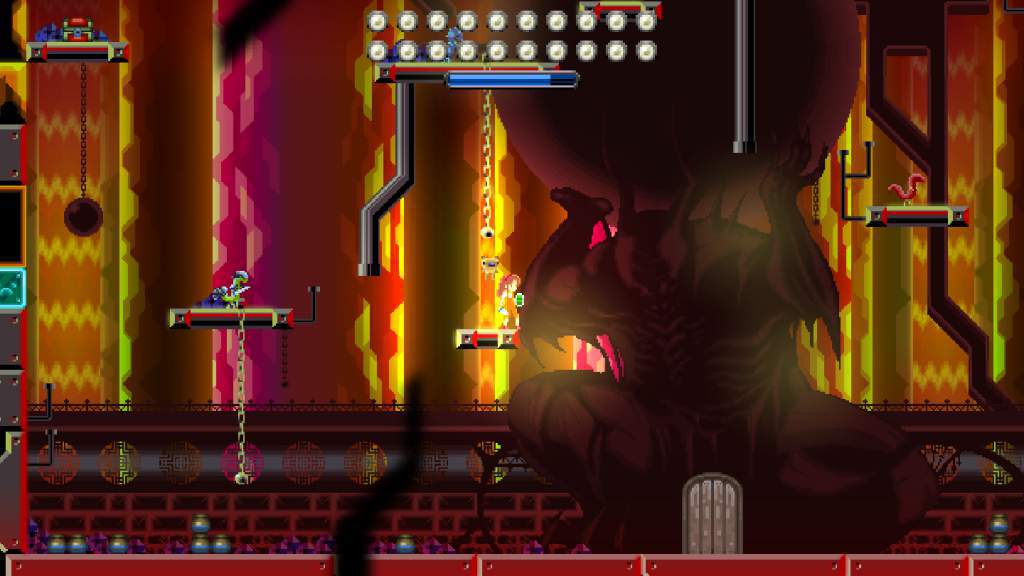 Finding Teddy does not have any tutorials and does not provide instructions as to which keys to use for movement and combat. There will just be minimal instructions at the latter part of the game from NPCs, and a lot of cryptic on-screen clues that will help you progress throughout the game. You’ll find yourself figuring mostly everything out on your own, such as techniques for light and heavy attacks. The controls are pretty much smooth once you have figured out which keyboard keys to use. You have the option to use the arrow keys or the traditional W-A-S-D for navigation. It lt also uses dashing and downward bounce attacks, which are typical for action platformer games. However, the bad part is that you can’t attack and move at the same time. This game is very critical with timing like jumping a mile too long or short, falling from high altitudes, falling into pits, just to stay out of harm’s way.

A lot would say that this game is a lot similar to the Legend of Zelda series. I could also remember Nindtendo’s Mario because of the retro feel, the vines, fireballs, the jumping piranhas, sneaky bats, finding golden keys to locked doors, brick-breaking, and the castle/palace stage for every boss fight.

The main highlight of Finding Teddy 2 is its gameplay and features. Just as how the game developers described it, the game has a very long play time for over 20 hours on the main quest, and plenty more for the secondary quests. As it was mentioned earlier, the game does not have a tutorial for instructions. It takes me back to a time when games didn’t tell us how to play them. The game is heavy on arbitrary exploration, and exploration without a map can become quite frustrating and time-consuming.

The game features a piano-like musical system called the Musicom. One of the game’s main mission is to fill up the Musicom by finding twelve blocks/keys that are hidden inside golden treasure chests distributed in the different areas of the game. Each block is a note and it has a corresponding cryptic symbol. These symbols are combined to form words and phrases, which are summarized on a guide called the Lexicom. These words and phrases will help the player unlock doors and solve puzzles. You have to familiarize yourself with the keys and how to get in and out of these systems as fast as possible since there are timebound challenges that require quick reflexes and time does not pause when you are accessing them (you might get backstabbed by an enemy creature while you’re busy figuring out which note is which). Moreover, you don’t get the notes in sequence. With the game’s lack of direction, you cannot avoid going around the same areas which can really be a drag, and you will find yourself  confused, leading you to think that you might have overlooked or forgotten something, and similar doors may make you forget that you have already ventured that area of the game. 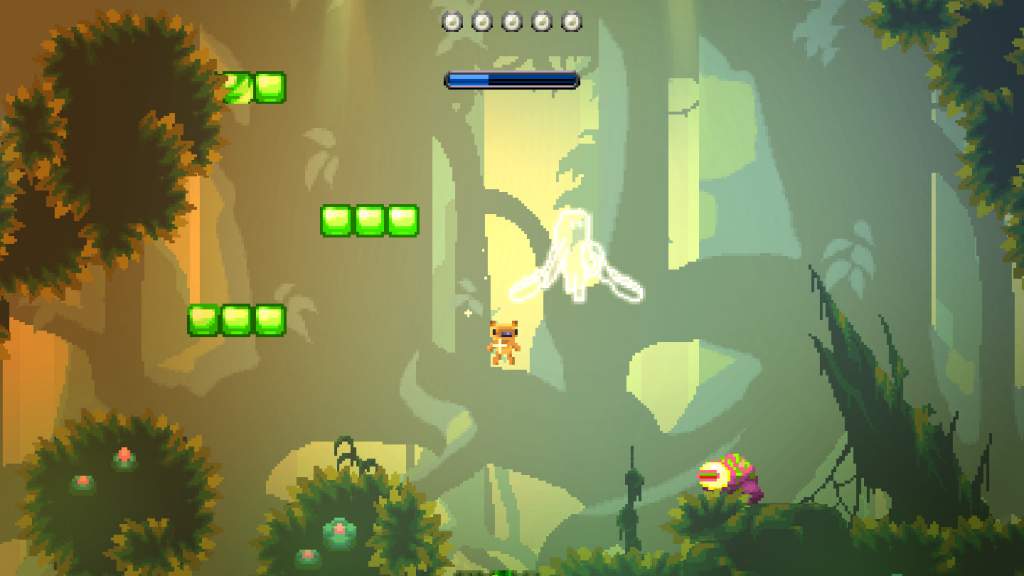 Oftentimes, you will encounter forks in the roadmap. You will also be forced to bypass areas that are not accessible until such time when you find a way to traverse through those obstacles when you unlock objects and skills as you progress through the game.  You don’t have a choice but to backtrack, since bactracking is a must. As you go back and forth exploring the same set of rooms, over time, it gets repetitive and tiring. The puzzles are not really illogical or complex, you just have to make sure that you have explored everything, and I mean everything, or you’ll end up saying “how could I have missed that”. Don’t get lost. And if you die, make sure you remember where you have left off. You will also find yourself dying frequently. Death scenes are surprisingly able to draw a subtle degree of emotion because of how Teddy is depicted everytime the girl dies. And as the player, if you die, you will also lose all those hard-earned coins that you can use to buy or upgrade items. It is quite difficult to collect money over time as the levels progress and become more difficult. It’s a game that most people would appreciate a walkthrough.

This game uses your sense of direction and hearing to accomplish your missions. Headphones are absolutely recommended. The game is very engaging especially if you’re the type who digs puzzles and clues. But with the musical aspect of the game, one will find it very troubling if you don’t have the ear for listening to pitch because this game is more than just  pattern play, and if you’re tone deaf, then this game may not be for you.

The developers described the graphics as having a beautiful pixel art finish that takes us back to the 8-16 bit era, with modern effects. Significantly, you will notice how they made the enemy creatures evolve from primitive to modern high-tech robots. The environments are pixelated but its technicolored palette makes the designs stand out and be appreciated. One cannot simply pass them up as backgrounds because most of them carry hints as to how to unlock doors that will help you progress to the next level. The music and effects are simple yet very effective. Considering that there is a heavy musical component to this game because of the Musicom, the sound effects and musical scoring are non-obtrusive. The variations in every stage sets a mood and ambiance that immerses you in the game in a very charming and magical way.