A sadistic berserker and a composed soldier. 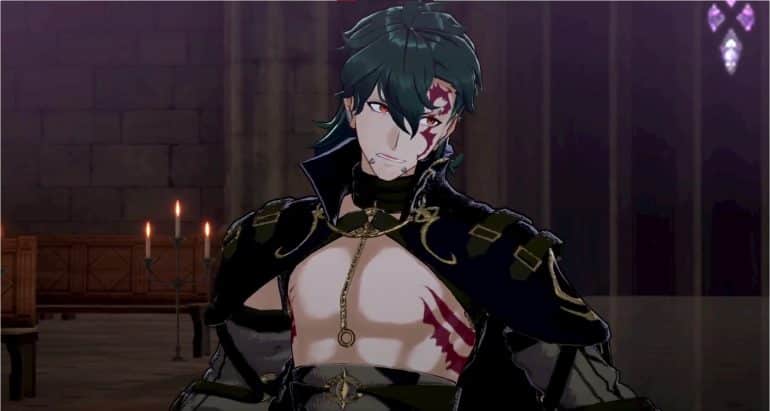 Nintendo has now revealed the final two members of the Four Hounds in Fire Emblem Engage.

The Four Hounds, the villain group featured in Fire Emblem Engage, was revealed a while back. Nintendo revealed the first two members, Zephia and Marni. Today, the last two members were revealed, which are Griss and Mauvier.

According to the official Twitter account of Fire Emblem Japan via Siliconera, Griss is the right hand man of Zephia. He likes violence and uses dangerous magic in battle. He can be very merciless on the battlefield and gets more powerful when gets damaged. He relies on Zephia a lot as the leader of the Four Hounds.

If Griss is the crazy, sadistic berserker, Mauvier is the complete opposite. He is a very honest, loyal soldier and simple in his ways. He looks very composed on the surface but no one really knows what he has in mind.

Griss will be voiced by Kenjiro Tsuda in the Japanese dub. He is known for his voice as Zeke in Xenoblade Chronicles 2, and Genichiro Ashina in Sekiro Shadows Die Twice. Tomoaki Maeno will be lending his voice for Mauvier in the game. He voiced Kyo Kusanagi in The King of Fighters franchise and Denam Pavel in Tactics Ogre Reborn.

Fire Emblem Engage launches worldwide on January 23, 2023. It will be available exclusively on Nintendo Switch.