Edelgard and the rest of the Adrestian Empire appear! 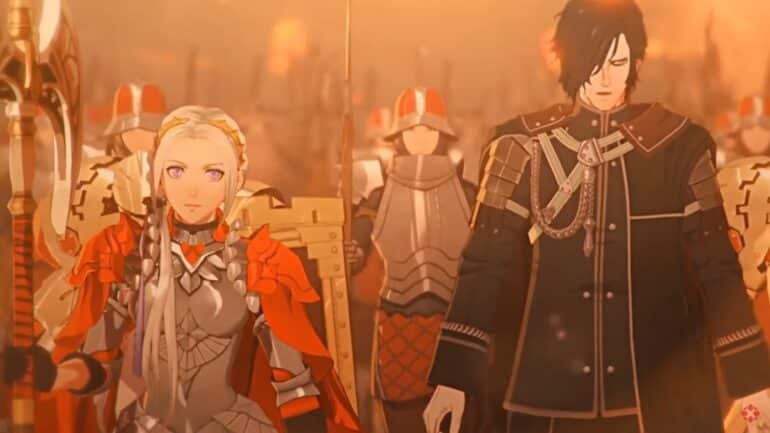 The newest trailer features all of the warriors that are under Princess Edelgard revealing how they would look like in this game compared to the original RPG. The clip revealed some of their special moves and weapons as well.

The clip starts with Princess Edelgard equipped with a one hand axe and shield. Her attacks are quite formidable and can erase a crowd of enemies in seconds. She is followed by her loyal retainer Hubert who can use Shadow sorcery against enemies and can pierce them with dark swords. Dorothea can use Elemental magic and her singing in battle for offensive attacks and support.

Bernadetta stumbles on the battlefield with her bow and arrows. While she is quite clumsy, she can hit her enemies if she can focus properly. Ferdinand users her lance and horse to charge into the battlefield and make mobs of soldiers fly up in the air through sheer force.

Caspar enters the scene with his one handed axe and brute strength. His attacks are quite strong that he could send shockwaves on the ground and make enemy warriors get toppled. Petra is quite agile with her two daggers on both hands, zipping through groups of soldiers and hitting them in pinpoint precision.

Lindhart might be more of a guy who wants the peace and quiet so that he can sleep, but he can dish out large damage if needed.