Claude and the gang are featured! 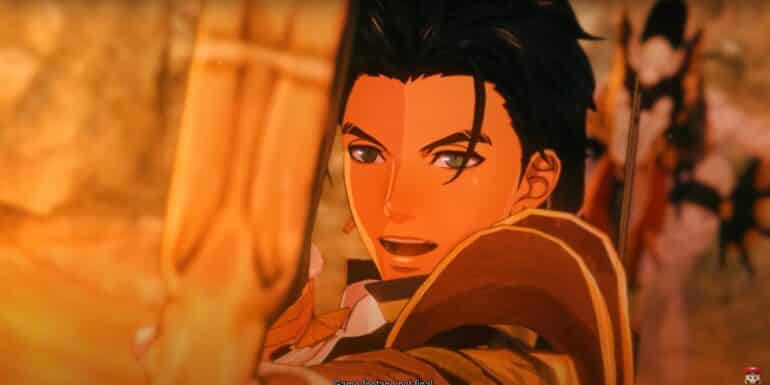 Another trailer for upcoming video game Fire Emblem Warriors Three Hopes was released and now it focuses on the Leicester Alliance. This yellow-themed army is ready to team up with the protagonist of this game, Shez and climb up the top of this feud of three kingdoms.

Claude and the Team

First up is Claude von Riegan, the leader of Leicester Alliance. He rides a wyvern and wields a bow and arrow in the battlefield. While some think bow fighters need to fight with some distance, Claude can dish out damage in front of enemies or within the distance of his sights.

The second warrior is Hilda who wields a two-handed heavy axe. While she is not that agile, she makes it up with sheer strength and force with the swings of her axe. She can dish out tons of damage and execute a crowd with ease.

The third warrior is Raphael as a warrior that fights with his fists. He has strong defenses and seems to have a steel body that even arrows could not penetrate. He can shake the earth and crack it open where he uses the rocks as projectiles.

Lysithea is a powerful mage that can unleash powerful spells on a large area, completely devastating multiple enemies at once. She also has fast spell projectiles that can quickly hit small groups of enemies. Helpful in making her retreat a bit before she gets overwhelmed.

Lorenz is on horseback and wielding a spear and also sports the beautiful emblem of his noble house, a rose. He can beat up tons of enemies on his path and somehow rose petals appear when he comes around.

Ignatz is a very agile archer that can unleash multiple arrows in one pull, devastating groups of enemies in a single attack. He also has a charge attack that can unleash tons of damage when his arrows hit the ground.

Marianne is also a powerful mage that can unleash a variety of spells on the battlefield. Her powerful icicle spells can pierce enemy defenses easily without a hint of difficulty.

Leonie is a powerful female rider equipped with a strong spear. She can rush through an army and not get hindered due to her powerful charge.