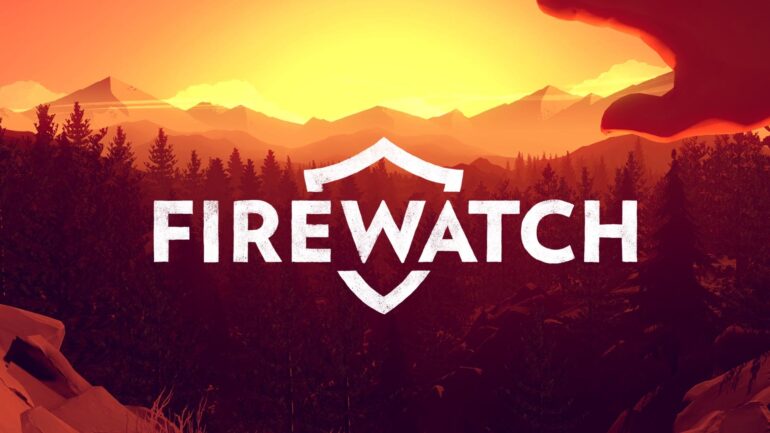 A moment in the woods where you walk under the mass of tree and a bright orange of glare from the sunset on you. The memories when you want to run away or just take a break is one good reason why you’re here. And this is what Firewatch is all about. Explore what being alone is like and your means of communication is just a walkie-talkie. Campo Santo wanted to make players feel what interaction is all about with the person you’re with when alone, and this is where Henry, the main character, the bearded-guy who likes to wear shorts, who had to be away for reasons he can’t accept because of his wife’s medical conditions.

During solitary moments, there’s this welcoming sarcastic and ludicrous woman who talks a lot to the lonely main character even if it was just merely a communication through a walkie-talkie. There are lots of dialogue in Firewatch, you have the choice to however you react and say in the discussion with about 3 options. Delilah, the women who annoys Henry a lot, starts a topic about Henry’s wife and you choose to shut her up by selecting to “shout at her”. The emotions that the dialogue gives to players in Firewatch is something worth finishing in every discussion from both Henry and Delilah. Just like the time when Delilah opens up her past about her ex-boyfriend makes you feel that you just really want to comfort Delilah in real life. 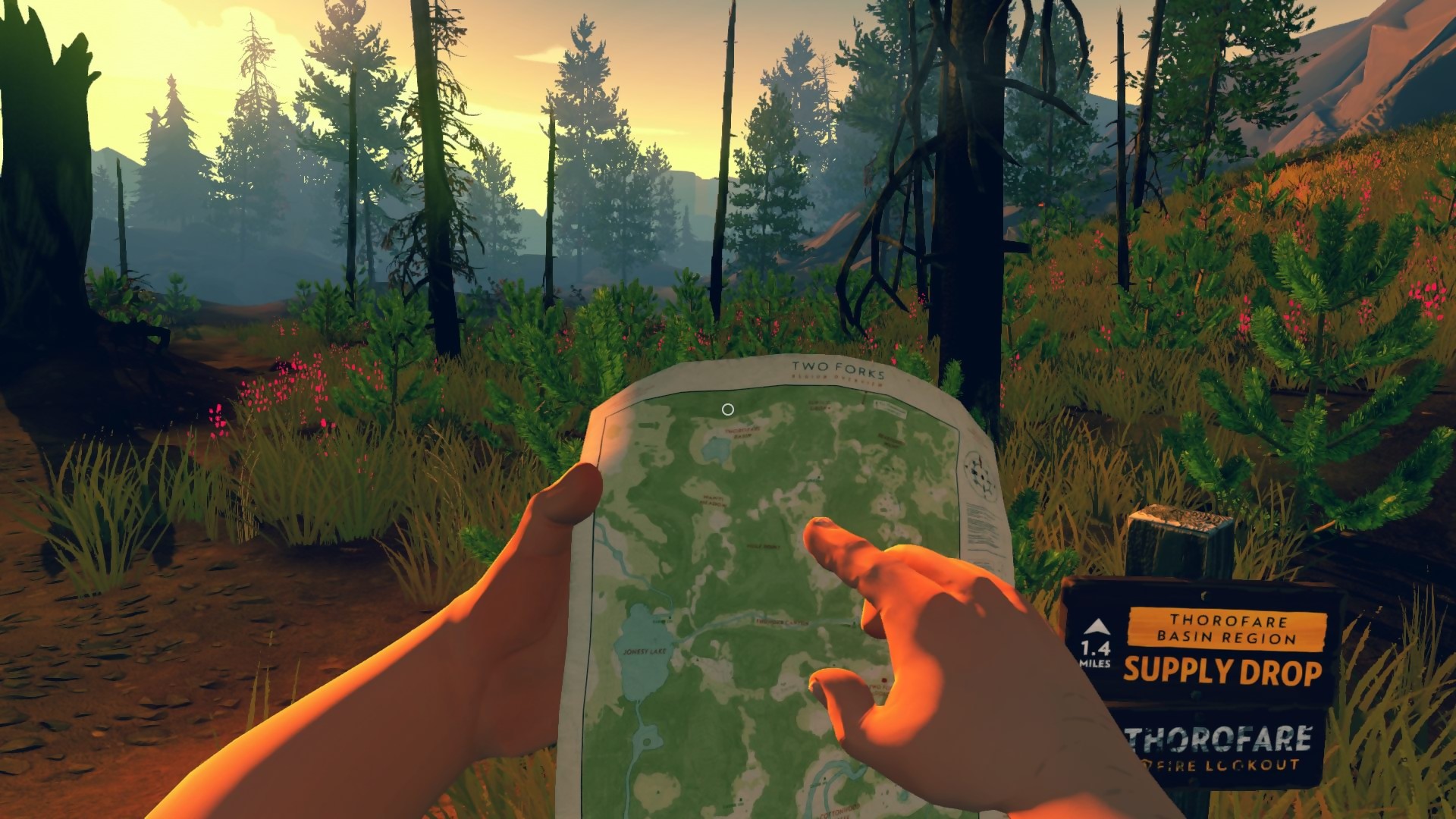 Exploration is the main focus of Firewatch. It shows a lot of its environment in a much classic 3D storytelling world and it makes you say “wow” for just overlooking the mountains. The game’s setting is on the year 1980 in the woods somewhere in Wyoming. The atmosphere of the game gives that horror feel when exploring at night just to go back to your lookout tower. It gives more of a creepy way when the game also feature a person who’s stalking you after a couple of hours in the game.

The gameplay is really simple. Players get to explore a big map filled with places to explore, through mountaineering, by taking pictures, a lot more through interaction with the things in-game, and most importantly the conversations with Delilah. It’s your typical adventure only game with some horror feel at night for being alone. You have a compass and a map for the whole area and it involves a whole lot of hiking. Most of the time you rely on your map to traverse through the whole place, and if you have a photographic memory then it’s going to be a piece of cake when you embark on your adventure. The game doesn’t feature any health system and enemies. A perfect short-story adventure of a man who wants to be away from emotional burdens. 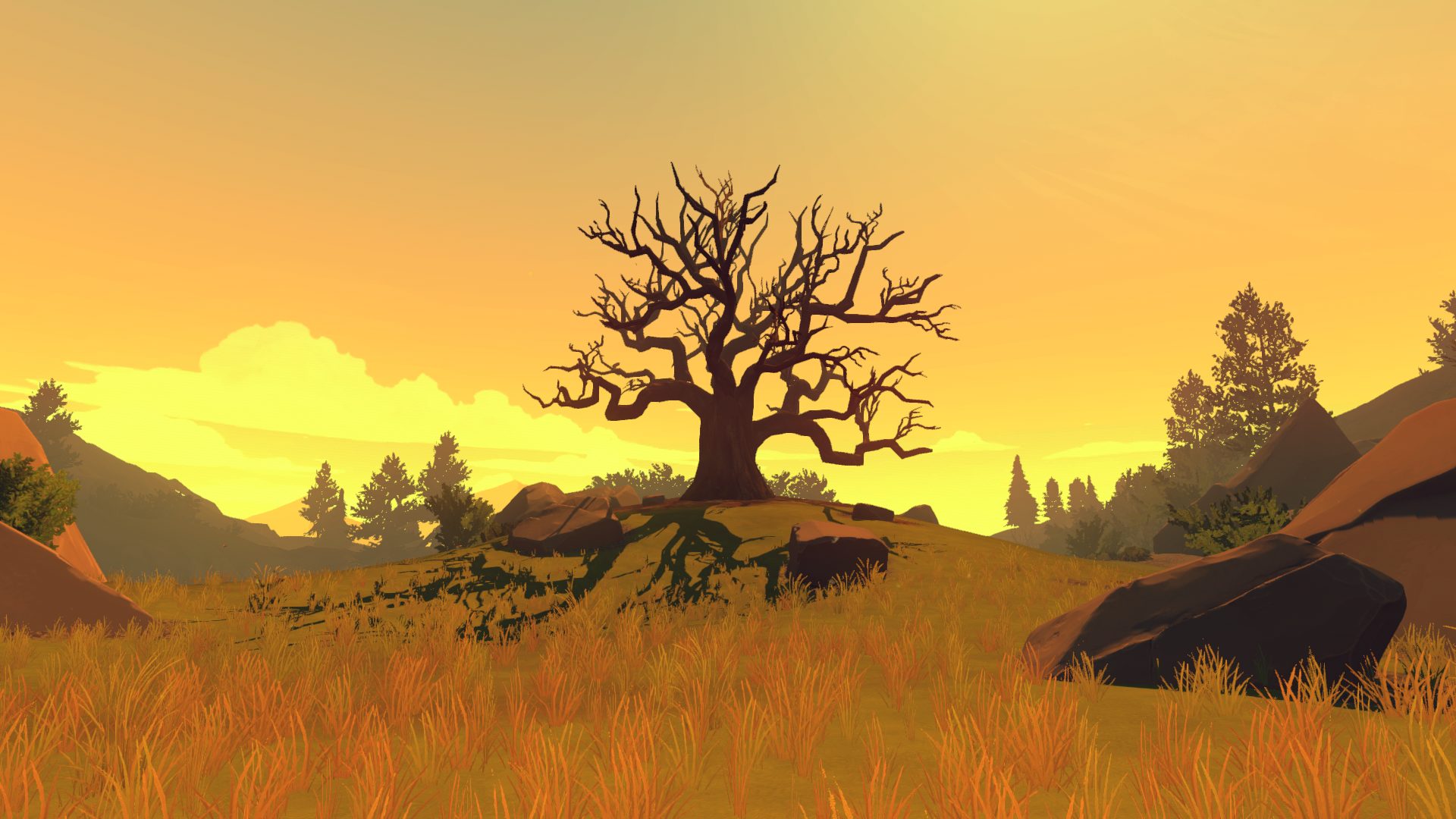 The music featured in the game gives that classic good ol’ guitar plucking of the 80s and The Walking Dead-like tone. It adds the emotion of each scene in the game which makes player feel what the game wants you to feel. “Camp Approach” was one tracks that I love most, the music gives it a simple achievement atmosphere. It never fails to impress me that indie games such as Firewatch has a lot more to offer compared to big games especially in terms about voice acting and music. Conversations between Henry and Delilah feels more alive and casual, it doesn’t sound like it was scripted but rather spontaneous.

Overall, Firewatch is a game you want to spend time in if you just want pure conversation and story. The narrative is what makes this game great even if it’s a 5 to 7 hours of gameplay. And if you want to have pure adult-rated amusing conversations and jaw-dropping views of landscapes, then Firewatch is the game you definitely need to try out.

This review is based off on a personal copy bought by the author.