I must admit, I came into this beta very cynically. The new Star Wars: Battlefront left a very bad taste in my mouth with its smaller scale battles and lack of depth, so when I first saw the first Battlefield 1 trailers I was both hyped and worried. Hyped because it is another installment in the Battlefield franchise, a franchise I grew up with, and worried because I did not want to see a bastardization of a series I hold in such beloved status.

If this Open Beta did not leave a good taste in my mouth, I was perfectly fine with skipping another game. I skipped Battlefield: Hardline for being too similar mechanically, and Battlefront for previously stated reasons. So the stakes are pretty high for DICE, the developers of Battlefield. Good thing Battlefield 1 tastes different, and in a good way. 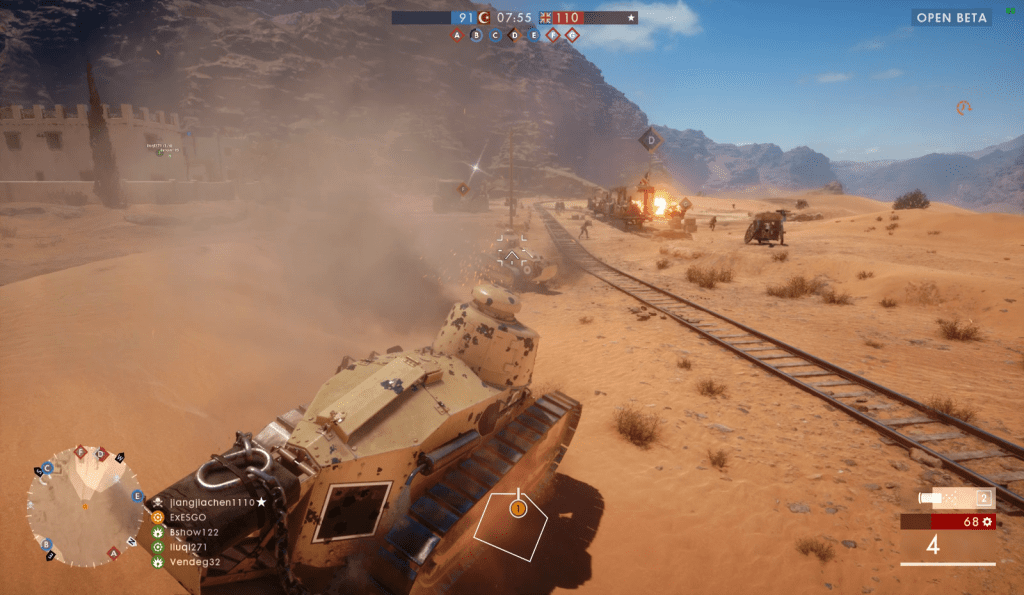 Think of it like how there are many ways to say, prepare ramen or steak. Different recipes and different tastes, but if it tastes good it tastes good. The game is set during The Great War, more commonly known as World War One, and the devolution of available technology is a stark contrast from the slew of modern, near-future and science fiction AAA games that have been coming out for the past years.

Horses are still used in combat, there are no heat-seeking or locking missiles, automatic weapons were bulky. Gameplay can be described as a mix of Battlefield: Bad Company 2 and Battlefield 1943, where movement has weight to it and guns respond with a nice kick to them. Besides the gunplay, there are various means of transportation ranging from horses, armored cars to tanks. Yes, horses, World War One was known as the last war were cavalry was ever used in an offensive manner. Multi-crew vehicles are back and depending on the vehicle you can have 6 people crammed into one manning different stations such as the machine guns on the A7V heavy tanks.

Speaking of vehicles, a new kind of vehicle has been added to the game in hopes of being able to change the tide of battle: Behemoths. As the name suggests there are massive vehicles and so far what was available in the Open Beta was the Armored Train. Brimming with cannons and machine guns, the Armored Train can pretty much destroy a team. The down side though is that it is limited by the rails it travels on, and with a coordinated team can be destroyed with effort. What behemoth appears depends on the map, and since the Open Beta only has one map, only the Armored Train is available. 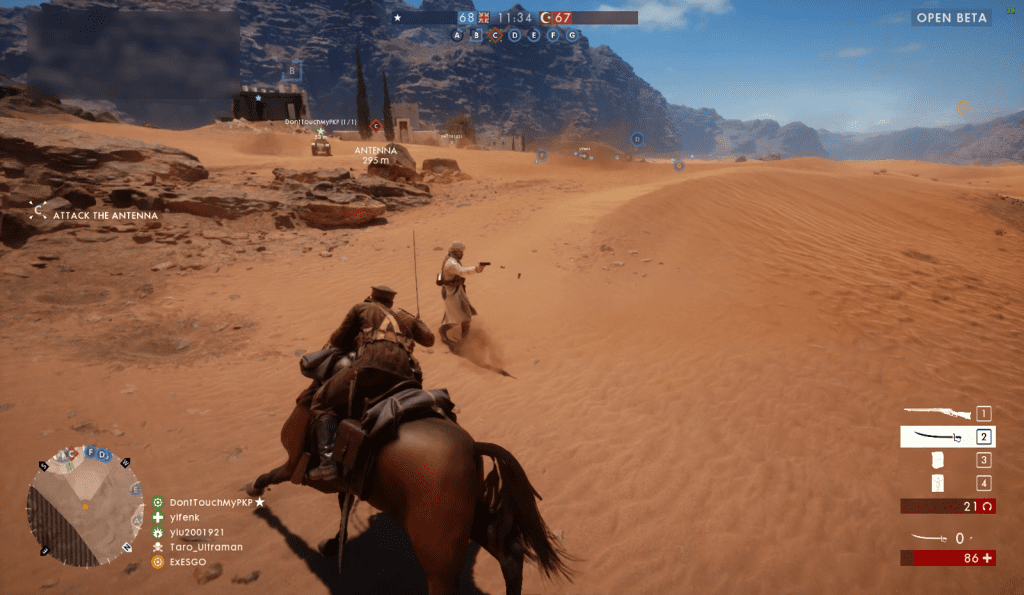 As much as the Open Beta has left a good taste, it could be that there are certain ingredients that are wrong or just not my type. The new Conquest system is just Domination now, and while it does make players play the objective more, in essence it leads to shorter rounds and once a team starts gaining the lead there is no way for the other team to swing it back in their favor even with the Behemoth.

Older Conquest started with a set number of tickets and was slowly deducted by either capturing flags or killing an enemy. In new Conquest both teams start from zero, and capturing flags steadily increases the score. Back then, medics would scramble around reviving down teammates to return one precious tick, here it is inconsequential. You die, you spawn again, and you die again, so on so forth.

It sort of makes the medic’s revival tool useless in Conquest, but in Rush it is in reverse as the attack side must prevent their tickets from reaching zero or they lose. Aside from the new Conquest mode, the game has all the normal slew of bugs and balance issues, many of which the DICE have acknowledge and are working on fixing prior to final release. They probably have learned their lesson by now from the horrible launch of Battlefield 4, so hopefully they do not have to rely on another studio to pull them out.

Do not get me wrong, Battlefield 1 is a much more polished title than Battlefield 4 was even in Open Beta state, but it is a wait and see.

This preview is based on the Open Beta test build.