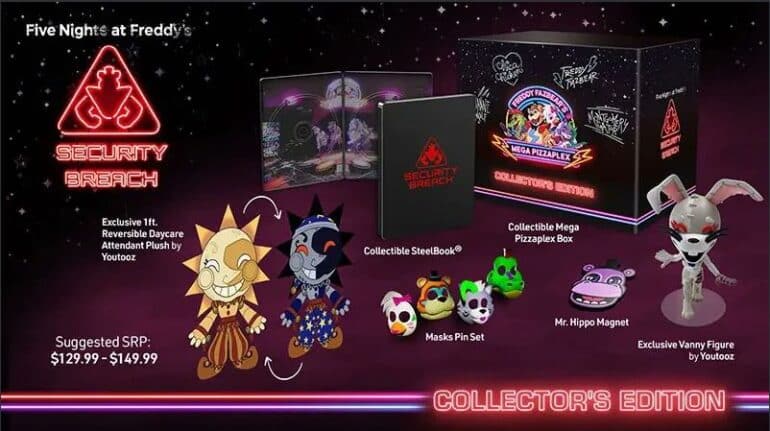 Fans can preorder this collector’s edition (and the game for PS4 and PS5) beginning on April 29th, 2022.

Security Breach is the newest chapter in the Five Nights at Freddy’s universe and joins Freddy and his crew of animatronic friends at the world’s most extreme family fun center! Play as Gregory, a young boy trapped overnight in Freddy Fazbear’s Meg Pizzaplex, with murderous machines roaming the halls. With the help of Freddy Fazbear, Gregory must survive the near-unstoppable hunt of reimagined Five Nights characters. – as well as new horrific threats.

Players will not only meet new characters but will interact with the stars themselves utilizing the latest in animatronic technology. At three stories tall, the all-new Mega Pizz Plex is the flashiest, most terrifying pizzeria yet.

Five Nights at Freddy’s Security Breach is available right now on PS4, PS5, and PC (via Steam and Epic Games)