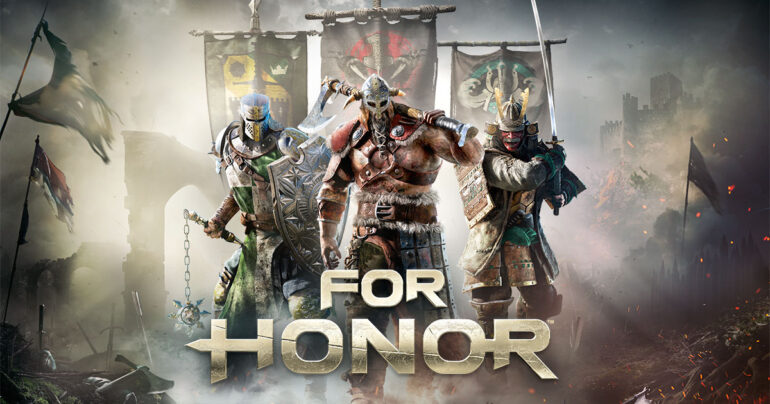 The clanging of steel clashing with steel. The bellowing roars of warriors from all walks of life. The sound of flesh meeting with blade. This is what greets you on the battlefield, the sounds of war. You must fight for your faction and bring glory to your clan’s name. This what all warriors fight for, we fight for honor. 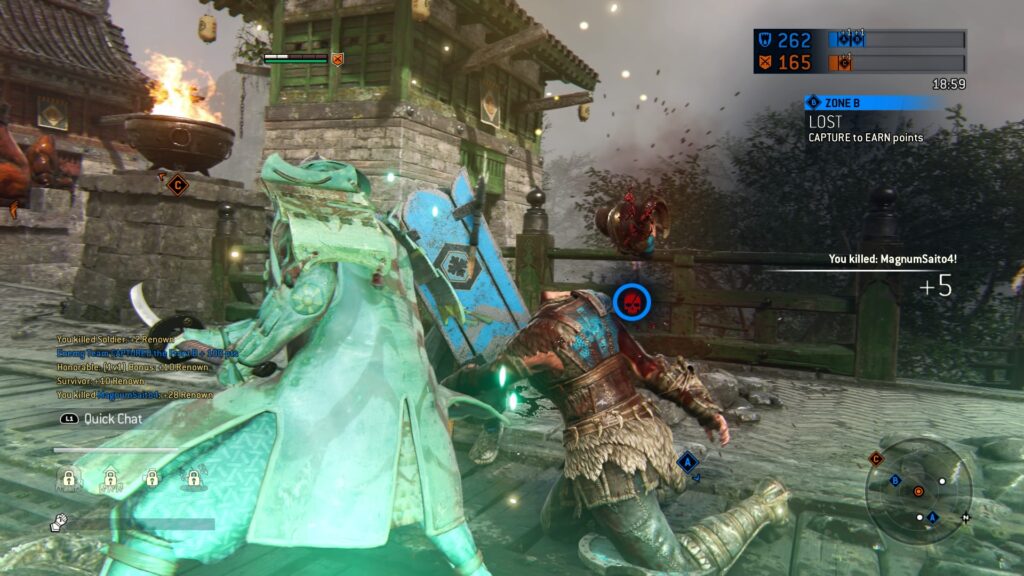 The time has finally come where the age old question of — no, not pirates versus ninjas, but close — Samurai, Knights, or Vikings can finally be answered, albeit in video game form. This is For Honor‘s main premise, which leads to some of the best multiplayer moments to be seen in video games in a long time. Although, it is not without its faults.

Right as you start the game, you must choose your faction between Samurai, Vikings, or Knights. Depending on how you fight and what you do in the game, all will affect the battle between the three and who will remain on top after the dust settles. All of this only applies for multiplayer, of course, and the winning faction is determined at the end of each season, similar to Overwatch’s style of competitive seasons. The decision to go for a seasonal style is a welcome one as it provides a sense of longevity to the game, which will keep players coming back even in the months to come, if not years. 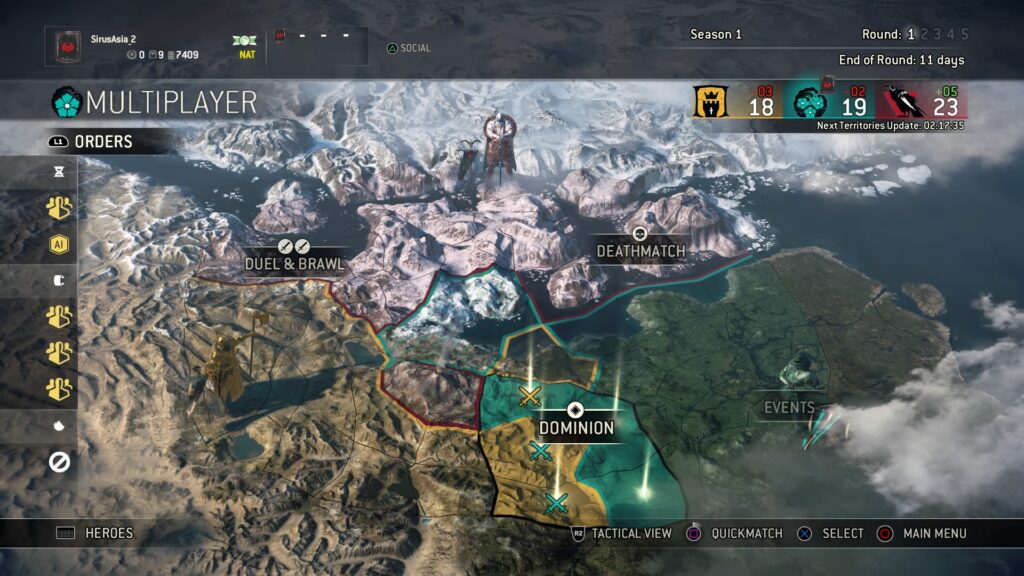 Multiplayer includes four modes: Duel & Brawl, Deathmatch, Dominion, and Events. Dominion is where the real meat of the game is at and the most fun to be had. Here, players fight for different sections of the map, where each point must be captured and defended with one main area having a tug of war between you and the opposing team’s grunt soldiers. There’s real tension to be had with each match and the sudden adrenaline rush at the beginning of each match as both sides charge towards each other, screaming right before for the big clash, is a feeling that is rarely captured in games and one that feels fresh and exhilarating every time.

There is still fun to be had with the other modes, but they’re not as fleshed out or complete. Duel & Brawl matches are short and offer intimate one on one battles that only last for a few minutes, which can be a good way to practice your combat skills. And Deathmatch poses as a Dominion lite, with the focus more on racking up kills for your team rather than map control. All are still fun, but don’t hold a candle to the intensity and adrenaline to be had in Dominion. As for Events, there isn’t anything to be said as the mode is still currently locked out and won’t be accessible until the near future.

A chink in For Honor‘s armor, however, is its online infrastructure. There were countless connection issues encountered during my run in multiplayer, with more than half of my matches just suddenly getting cut off and sending back to the game menu. At first I thought it was just me getting kicked out of the session, but friends I played with got cut off as well, so it wasn’t a problem with my connection. This is troubling as it can happen even well into a heated match, making all your progress and EXP just vanish with the wind. Not only that, but that were times I wasn’t even able to find a match, despite it stating that there is high activity. If that weren’t bad enough, match-making is incredibly unbalanced, with many instances of me going up a whole team with players 10 levels above me, which left the battle sorely one-sided. However, when everything works out, the experience is still a joy to be had, with little to no lag at all as you duke it out samurai to knight to viking. 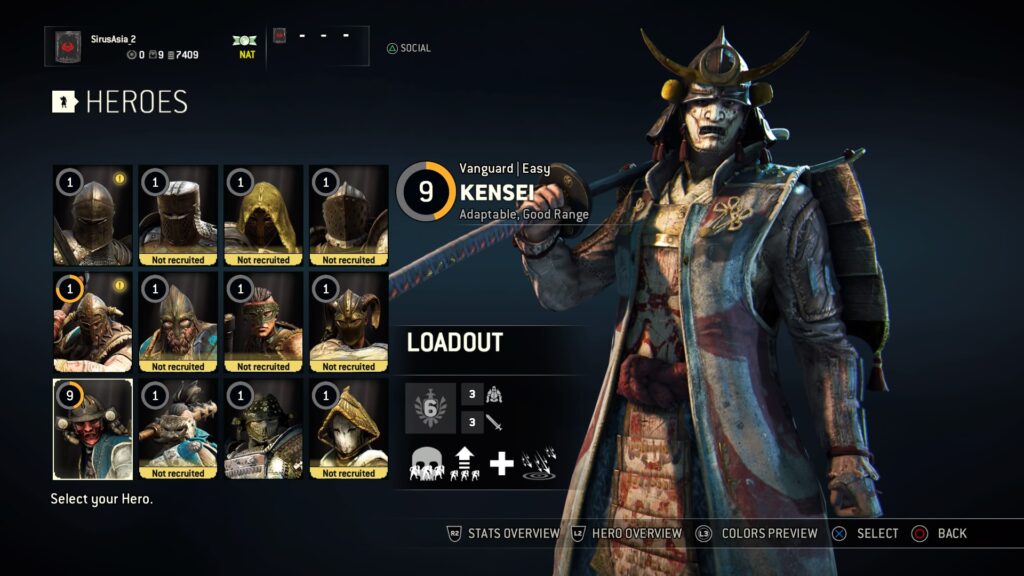 Now, if you’re lucky enough to not have your progress suddenly thrown out the window due to a connectivity/server mishap, then all that EXP can get you decals for your warrior’s outfit, allowing you to customize their look. Not only do these provide aesthetic value, but also augment your warrior’s stats, which can give you an edge in combat. Along with those decals, you can also unlock feats, which act as special power-ups similar to abilities in MOBAs that go through a cool down period once used.

Although you can augment your warrior’s stats with different armor decals and feats, the real test of skill is the combat. For Honor handles it beautifully. It provides nuance to sword/melee combat, where it’s not about just merely slashing away at your opponent, but thinking one step ahead of them and making sure you can guess what move is going to be thrown at you. Combat situations always give that sudden hush, while remaining intense as you lock into a duel with your opponent. It’s the type of combat that is easy to learn but hard to master, so be sure to practice your moves if you want to remain a warrior on the battlefield. 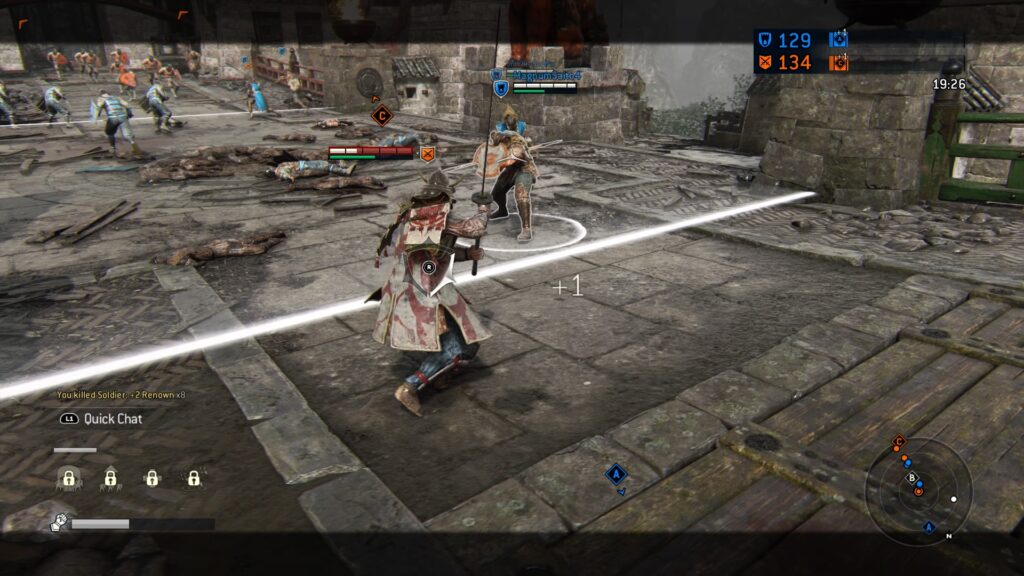 A great way for you to practice and learn the combat is through the story mode. It’s basically a long tutorial that teaches you the many strategies and ways to control each type of warrior. Although, sadly, not every type warrior from each faction is playable, with the Samurai faction mainly just sticking to the Orochi warrior class. The story itself isn’t anything to get invested in, but is still enjoyable none the less, albeit falls apart towards the end and feeling a bit rushed. The main villain is posed to be quite interesting, with compelling agendas as to flesh out why these different warriors are fighting each other. However, none of it really pays off and all the build up is for naught as it leads to an unsatisfying final battle that, compared to the other boss fights, isn’t even that hard.

While the story is left to be underwhelming, visually For Honor is quite the piece. Warriors outfits boast weathered aesthetics and gritty textures. Although, when it comes to the warriors’s hair, especially female, it can look odd as they opted to model it as a whole solid shape, rather than individual hair strands. Luckily, they made up for it in surroundings and environments, which are lush, while still maintaining the feel of battle and destruction. The game itself runs smoothly for the most part, however there are definite judders when clashing with multiple grunt soldiers on screen. Luckily, gameplay isn’t reliant on twitch reactions, so it doesn’t come at the cost of player’s performance.

Overall, For Honor is a unique multiplayer experience that brings the art of intimate combat mixed in with the fan faction of your favorite warriors clashing to the death. Ubisoft has another great title under its belt that has a long life ahead of it, with seasons to see which faction is the victor and looming on the horizon is the Events mode, which is sure to add even more of the competitive spirit among player factions. Although, it isn’t without its faults, that doesn’t deter from the quality you are sure to have with the game and the fun of chopping off a vikings head with a samurai’s blade.