Save up for the next BIG iteration instead 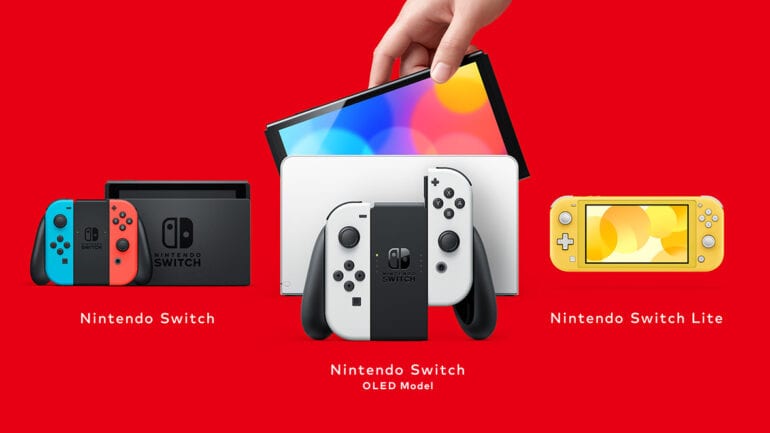 The Nintendo Switch OLED model is certainly the next iteration in the Switch line. But in all honesty, it’s yet another small step forward on that line. No other console maker would dare do a move like this, and yet Nintendo has already done this before. First, to address a battery issue (V2 model) and secondly with pure portability in mind (Switch Lite). These small changes are reminiscent of the various iterations of the DS. Couple that with what happened with the Wii U shortly after the successful run of the Wii, and we might be seeing a repeat in history. I just don’t think this is a good approach to have for a console, even for one that’s “on the go”.

If the OLED actually catches on and starts selling off the shelf, it will most likely overtake V1 and V2 Switch models as the most widely used variant. And while the Lite might still hang around for folks who don’t really care about docked mode, Nintendo is expecting to make bank off of primarily Switch owners. And because of this, I am reminded of something that happened before in Nintendo’s history.

Ever since the days of Satoru Iwata, Nintendo championed the Blue Ocean Strategy. First applied with the DS and then with the Wii, Nintendo found great success in creating its own market space, and benefited from it, uncontested.

Everything was going Nintendo’s way, until the release of Wii U. And history does not speak favorably of it. For all the impressive tech it had for the time, the Wii U failed to capture an audience. What’s more, Nintendo themselves had no idea how to market the damn thing. Compounding this problem was Nintendo’s naming protocols. Naming a console Wii [something] makes it sound like it was a Wii accessory. Which most people thought was the case at the time.

The Switch fixed many of the problems that plagued the Wii U. The Switch earned its spot as a portable console, appealing to anyone who wasn’t already hooked on a 4K monitor. Its price point meant that it can function as a complementary system to an Xbox or Playstation console. And Nintendo’s constant advertising made sure that you know what you’re paying for. But as we’ve already seen with the Wii moving to the Wii U, it only takes one mistake for the whole thing to come crashing down. A few bad decisions can have far reaching consequences. In this case, releasing slight variations of a modern console is a good way of making your playerbase think twice about needing a refresh.

With the way things are now with Nintendo, it’s as if we’re in the height of the Wii and DS’s popularity. Only this time, Nintendo have their console and their handheld in one neat and profitable package. They’re going to keep releasing portable system levels of changes with a unique product that’s marketed as a console-on-the-go. One can credit the Blue Ocean Strategy for putting them in a unique position where they can keep releasing revisions every other year.

The scary part is, they’ll keep doing this until it’s not financially viable anymore. Remember, the Switch was an idea brought on by the failures of the Wii U and other factors. If the Wii U didn’t bomb spectacularly, we might never have gotten the Switch as we know it today.

According to Nintendo, the new model is 0.1 inches longer and 0.5 lbs (pounds) heavier compared to a standard Switch. It might not be too much of deal-breaker, but at this point, the Switch Lite has a leg up on the OLED model in terms of actual portability. Oddly enough, there’s nothing besides the OLED screen that truly make the unit stand out from the rest of the line. (Additionally, being 0.1 inches longer means that OLED model will not fit in some Labo builds. It might be insignificant in the grand scheme of things, but it might just factor in, if you’re into that kind of stuff.)

This is very similar with the various models of the DS, as they got incrementally better as the years went by. And it seems like Nintendo wishes to keep the trend going with the Switch line. If Nintendo intends to keep the process going the way it is, we’re going to get the next iteration of the Switch in 2023, AND it’s going to be another small ‘upgrade’. Like maybe giving considerations for those who play primarily in docked mode this time. (Sounds about right.)

The OLED model is going to cost $50 more than the base Switch. If you’re asking why it’s because the Nintendo Switch has never gotten a price drop. The Switch remains the best-selling hardware for 30 months in a row in the United States at $300. And with the way things are now, Nintendo has no reason to drop the OLED’s price as it is expected to sell HOT from the get-go. It is also worth noting that an OLED model is more expensive than an Xbox Series S.

But just in case someone out there is willing to listen, kindly step back and spend that $350 somewhere else this holiday season. should everything remain as many expect, and the OLED model sells out, I’d imagine Nintendo would be more than a little eager to further the development of the next variation of the Nintendo Switch. With slight changes. Because the formula’s been ‘tried and tested’. On the flip side, if the OLED doesn’t exceed expectations, Nintendo will be more open to the idea of more radical changes with the next Switch.

The Switch missed out on grabbing an entrenched position, actually. We, as console gamers, have become accustomed to having a major refresh half-way through a console’s lifespan. Had Nintendo committed to a major change, especially during a time when it’s still near impossible to get next gen consoles in the wild, we might see more Nintendo Switches in more households. But then again, Nintendo is on a completely different wave length from its contemporary.

In the end, this is Nintendo we’re talking about. Maybe they’d learned from their past mistakes and have already thought things through. Though it’s equally likely that they’ll continue doing what they’re doing despite what anyone around them says. Only time will tell which direction Nintendo intends to go next. The worst they can do is announce another Switch version sometime next year. That’ll get the ire of the community at large.

Now, if we want Nintendo to make more significant changes to their products, they’ll need a reason to do so. And I can’t think of a better one than skipping out on the OLED model. But the realist in me is already expecting that the OLED to sell well. And we’re going to have to be fine with that. HOWEVER, I remain hopeful that Nintendo is AT LEAST listening to the community’s combined disappointment towards the ‘upgrades’. And maybe they’ll act on those wishes when the next iteration inevitably comes out.

For more thoughts on the Nintendo Switch OLED Model, here’s our previous article detailing everything the OLED is and what it is not.