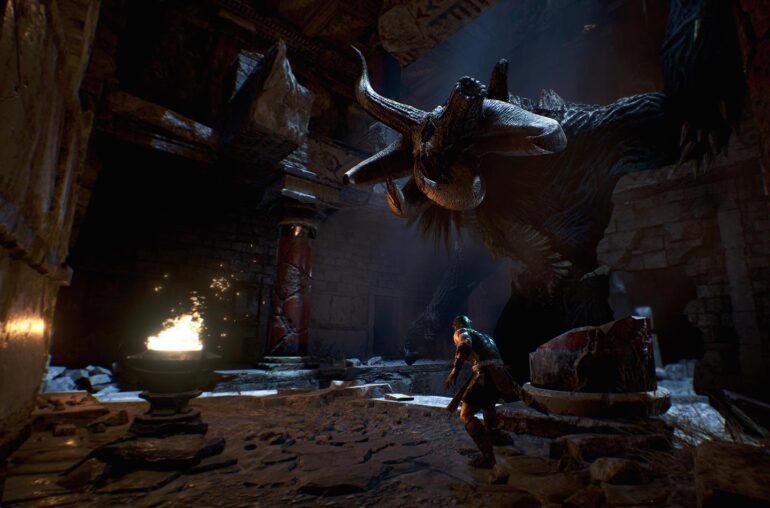 Today Forge Reply has announced that its upcoming mythical action-adventure game, Theseus, will launch on July 26, 2017 on PlayStation®VR. A modern twist on the classic myth of the Minotaur and the Labyrinth, Theseus is built from the ground up for virtual reality using inspiration from cinema in its gameplay and storytelling.

In Theseus, our protagonist awakens alone, stranded in a hostile and mysterious place. With Ariadne’s voice as his only guide, players will venture deep into the heart of the Labyrinth to unveil the truth hiding behind its mysteries. But our protagonist is not alone. The mighty Minotaur is the ruler of this world, and you are not a welcomed visitor.

“We wanted to take a classic story and tell it in a way that has never been done before,” said Filippo Rizzante, CEO at Forge Reply. “We really hope that players enjoy the handcrafted visual and audio design we’ve put into the world of Theseus.”