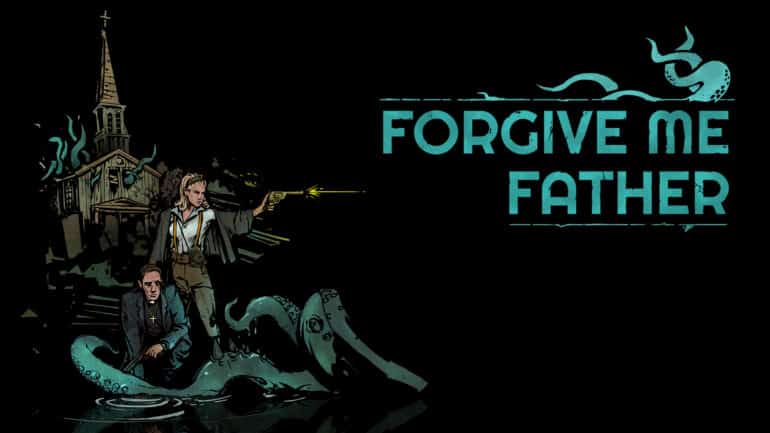 Forgive Me Father is a retro-style, fast-paced first-person shooter, Lovecraftian horror that boasts its inspiration/roots through the gameplay and its visuals. You start the game by choosing two characters depending on the combat style of your liking, either the Priest which is best for defense or the Journalist which is leaning on the aggressive approach. I chose the journalist for this gameplay.

The premise of the story is something out of a classic horror movie and heavily inspired by the works of H.P. Lovecraft where the protagonist (the Journalist) sets out on an investigation about the curious whereabouts of her cousin leads her to a hotel that’s located near a body of water. The story starts out vague for a good reason, the story behind the happenings is scattered throughout including the history of characters that are mentioned in the form of notes and the environment itself in certain areas which builds up the mystery surrounding the story of the game.

The gameplay is heavily inspired by retro FPS like Doom, Quake, or Wolfenstein but those games are led by hardened characters that know their way around combat and are able to take shots at enemies. In Forgive Me Father, you play characters that slowly progress depending on how you play and approach.

At each level you are faced with enemies that will guarantee to kill you each encounter especially when they come in groups, that’s where the sense of urgency come into play, not only do you have to mind about surviving but you also have to mind your bullets because every shot counts and the endless atmosphere that will make you paranoid, especially the parts where the coast is clear. This makes the game feel unique from its predecessors.

One of the components that makes this game alive is it lets you play in any combat style that you feel fits your liking, and while it emphasizes the management of your weapons and ammo, it doesn’t downplay the way you fight a variety of monsters/enemies.

Along with the combat, one of the mechanics that will assist you throughout is your madness level which changes depending on the way you play, reach a certain level and it will let you choose skills depending on your style. But be aware of the enemies and their types, they will become increasingly challenging and will not pull back when introducing new ones each time, it is purely up to the player how they approach each situation.

In each level you are also given choices on how you’ll navigate through, there will be occasional challenges that will lead to some good rewards or a heavier challenge. Every end of each level will assess your approach and even indicate secrets that you have missed.

The highlight that sets the game is the music, overall visuals, and art style of the game. It is reminiscent of classic horror comics but with added cheesiness and self-awareness like 2D enemies, worded hit markers, and some of the sound effects while not negating the chilling atmosphere and the tension that the developers were trying to set. The art direction of this game fulfills the uncanny valley of a horror setting thus making it an immersive FPS Lovecraftian horror. The voice acting is a wink to the self-awareness that Forgive Me Father brings which contributes to the uncanny valley of the genre and the art style.

Overall, Forgive Me Father is an immersive horror comic book style FPS with chilling backdrops and atmospheric sounds, even though the game is linear it lets you experiment with your approach with upgrades that you can implement in your weapons, stats, inventory, or your abilities. All of that is complemented with a chilling atmosphere straight out of H.P. Lovecraft’s novels that urge players to enter the rabbit hole of mystery that the game’s story gives while pushing through horrific hordes of enemies left and right in your own way. 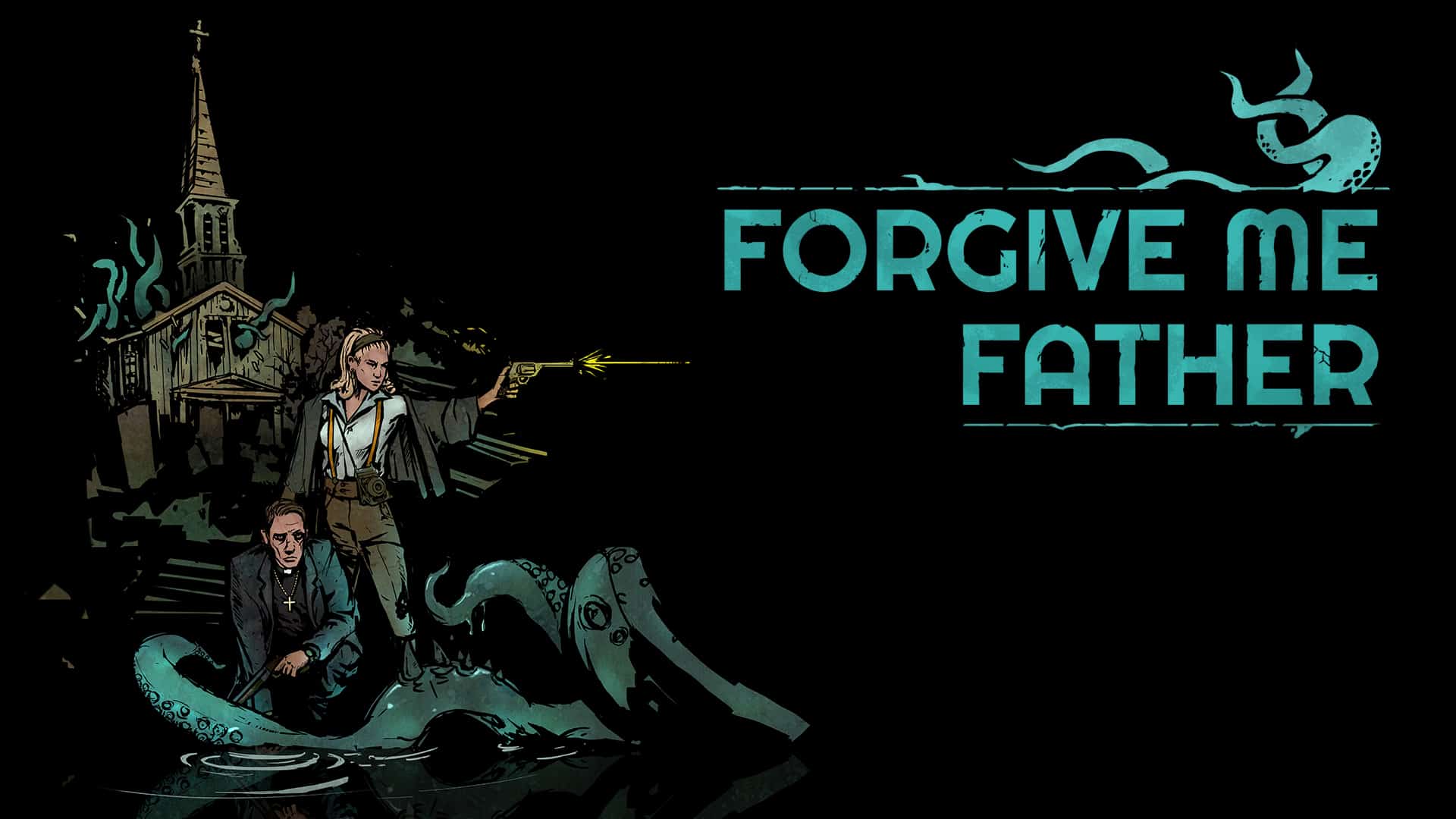 Forgive Me Father – Review
Score Definition
When the issues of a game are rolled and stomped by its greatness, then it’s something to invest on if you have some spare.
Pros
Fast-Paced shooting, Finely Tuned
Amazing comic book art design and Music
General well-done level design
Gives Intense horror moment of the Game
Cons
Lack of delivery of Voice Perfomance
Ammo Scarcity
Difficulty Spike
Some areas have poor level design
8.5
Great