Haimrik Review – A War of Words 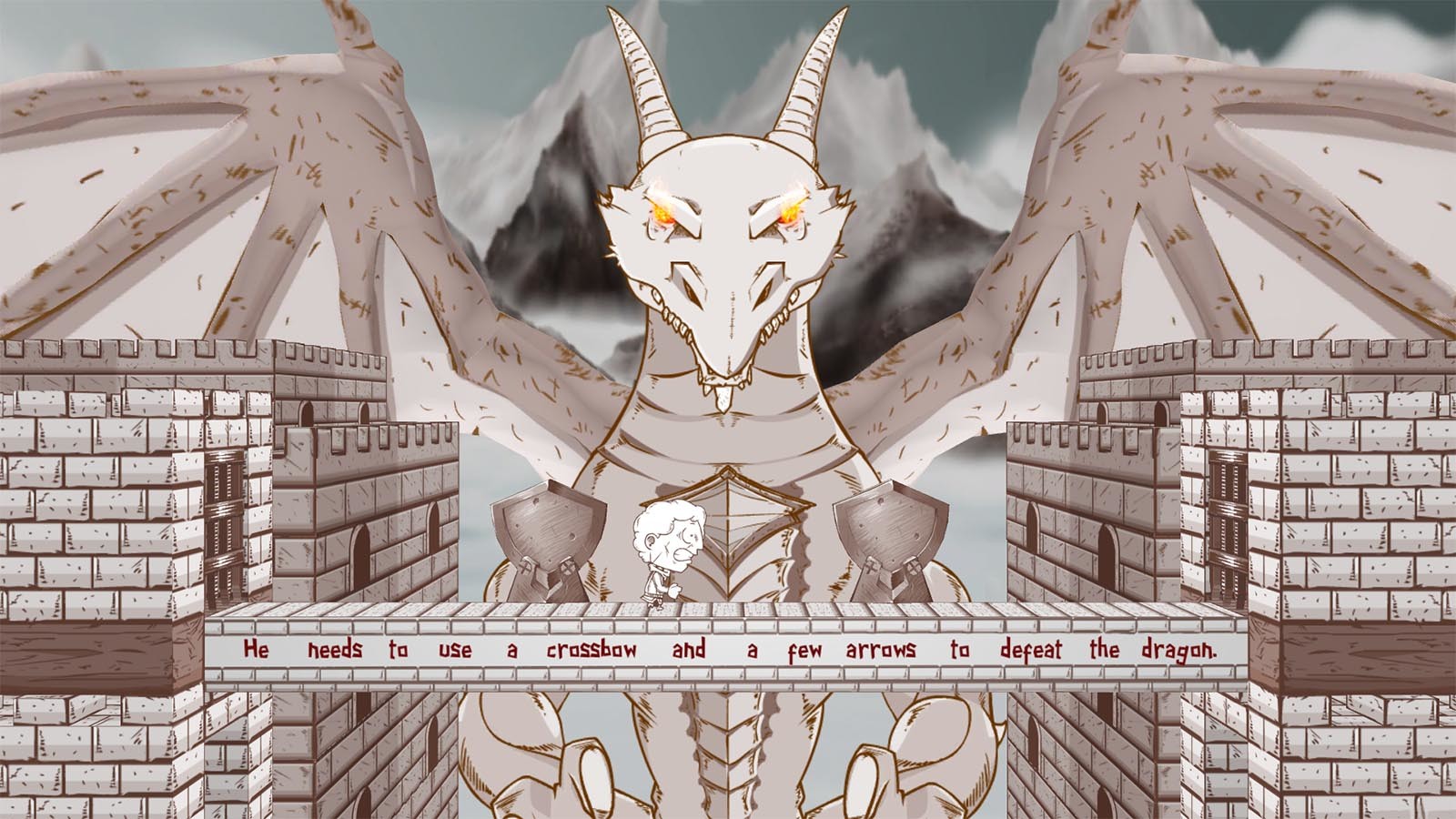 Haimrik is a puzzle action adventure game where you take the role of a lowly scribe who thinks he’s nothing special. Haimrik is the titular character who discovers a special book where words come to life and eventually becomes his weapon in a waging civil war in the kingdom he lives in. The only catch is, he needs to use his own blood to activate the powers of the book but in doing so he also becomes immortal. This explains why dying in this game doesn’t really mean anything as he will just revive and restart the chapter. It is cool that the developers of this game thought out that much to explain why the character respawns when he does die. In this world, people like Haimrik who can wield words into weapons are called Word Warriors. I like the play on words and I like how every word there is has a usefulness but sometimes the words can lead to hilarious results.

The game mechanics is fairly simple. Each time Haimrik dives into the book, you will be presented by a story which will show underneath his feet. You will then have to figure out which words to activate to help you in solving the puzzle that lies infront of you. This can be anything from activating a sword to making the rain fall to extinguish a fire. I really had fun figuring out the puzzles and most of them were really interesting in how they used each word to solve the puzzle. My favorite puzzle would have to be where he had to fight one of the word warriors and figuring out how to defeat him. It involved using the word ink, oil, and fire to eventually defeat the Word Warrior.

Although the graphics is a bit cartoony, this is definitely not a child’s game as each death is presented in very gory details which is reminiscent of games like Meat Boy. It’s interesting how there are so many graphically gory ways to kill Haimrik in this game. So if you don’t want your kids exposed to the gory bits and pieces of this game, you might want to play this without them around. 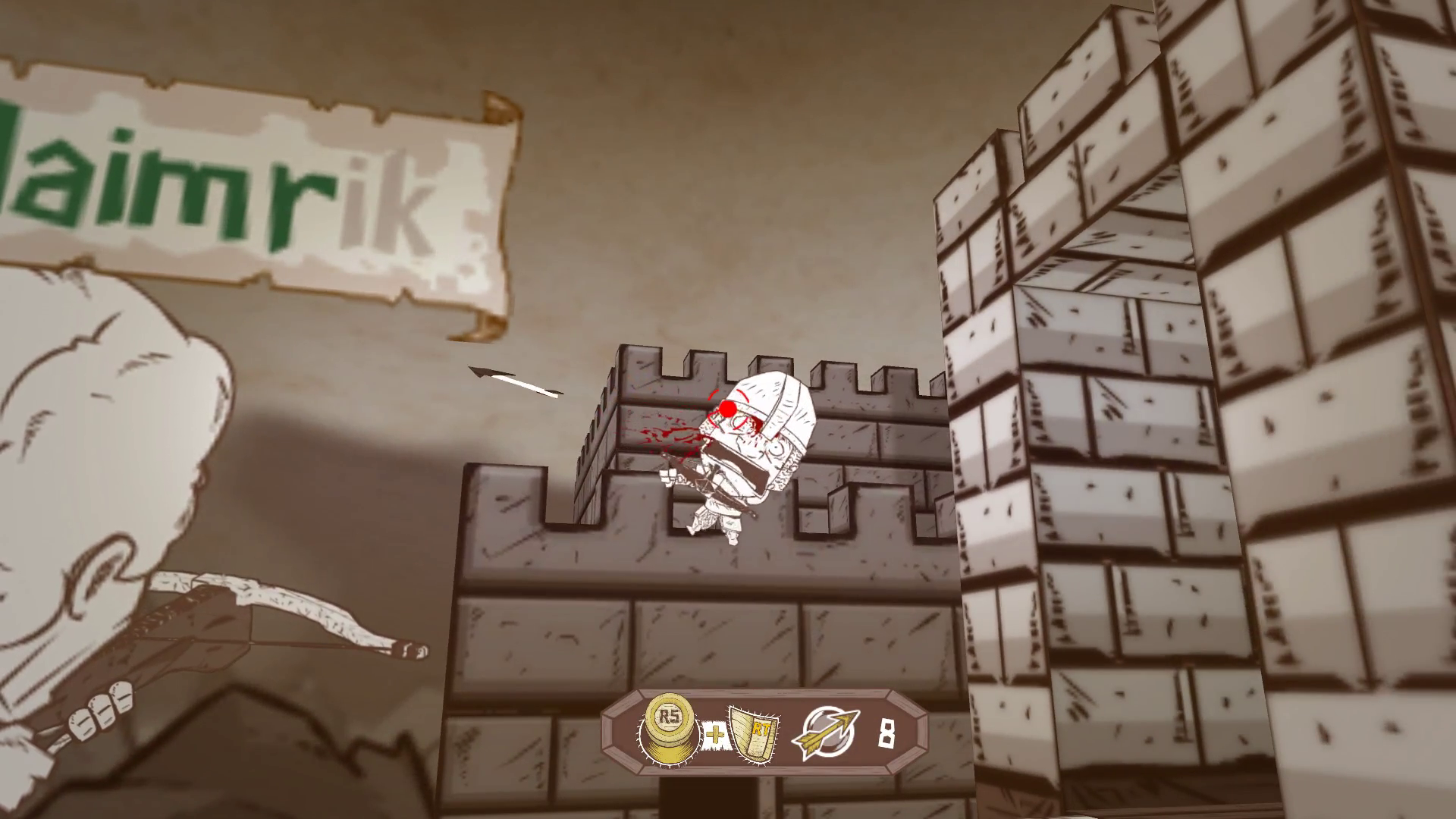 Although the game is very challenging in terms of the puzzles it presents, the game can be completed in about five hours or so. And in terms of replayability, there is really nothing to look forward to in your second playthrough. Not unless if you’re trophy hunting of course but other than that, once I was done with the game, I didn’t really feel the need to play it again. The story that it presented was interesting enough that I did want to finish the game. It got me hooked on its every word and the story was made well that it felt like I was reading a good book.

The controls could use a little bit tweaking though as there were times that the jump button wasn’t actually reacting fast enough for me to do the jump. It was frustrating enough that I wanted to give up there and then but because the story was good, I was patient enough to painstakingly ensure that the jump was timed right enough for it to work.

Overall, I do think that this game is worth a try. The story and the pacing of the game was good enough that I didn’t feel bored about it. I wanted to see the game in its completion and it presented enough challenges that anyone that knows how to read can figure out. The only thing is, this game might not be worth it for its price since it’s too steep for a game this short. If you have some money to waste though, then do give this game a try, it was enjoyable enough to play and completing a game is something of rarity nowadays so it won’t be that bad if you can actually finish a game like this one. 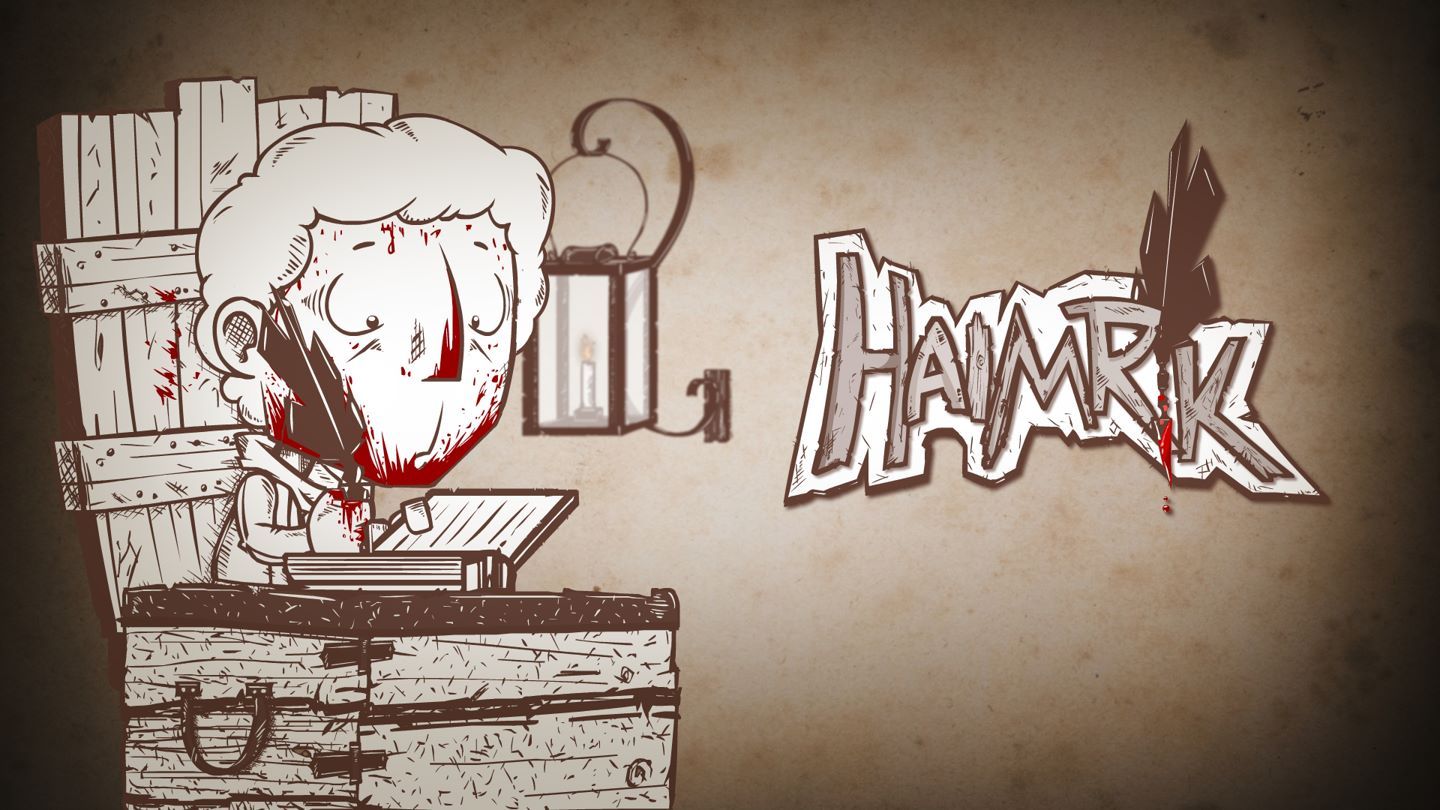 Haimrik Review – A War of Words
Score Definition
When the issues of a game are rolled and stomped by its greatness, then it’s something to invest on if you have some spare.
Pros
Cool game mechanic
Interesting storyline
Cartoony gory graphics
Cons
Too short of a game
Sketchy controls (get it?)
8
Great