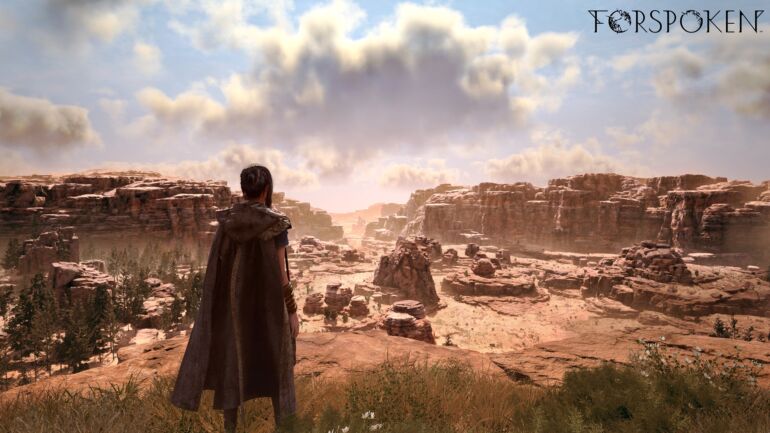 According to Studio Head and General Manager Takeshi Aramaki, the new AMD Tech Showcase video features AMD’s new FidelityFX Super Resolution technology working on the game. “With Forspoken, we are aiming to achieve the highest quality visuals ever seen in an open world game.”

“Our studio’s vision is ‘to create games unlike anything experienced before, fusing the world’s latest technologies with art.’,” Aramaki continued. “Implementing cutting edge AMD technology in the development of Forspoken is an embodiment of that philosophy.”

The studio head revealed that with the new AMD tech, the team was able to make a significant performance boost to the game while it was running at 4K 60fps.

While this is new footage of the game, it does not show any new content at all. It is just the same gameplay mechanic that was seen before, only on a different setting. It also features a fight with a golem-like monster.

Forspoken launches sometime in 2022 on PC and PlayStation 5 as a console exclusive for 2 years.