Check out how magic spells looks! 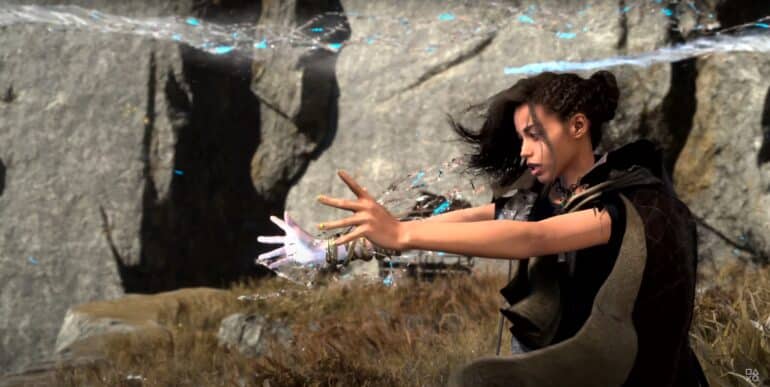 Protagonist Frey Holland has various magical spells that she can use in combat in fighting creatures and people that have been corrupted by the phenomenon called the Break. She can use them for defense, offense, and support.

The developers first shared details on how they made the look of the game’s magic different from the common look of other games. Instead of the usual magic spells that would appear out of nowhere, the developers wanted to show how the spells would start first and end. First, the spell would start with magic energy then transition into natural phenomena, and then completion, it would revert back to magic energy before completely fading away.

In Forspoken, there will be no auras or summoning circles when Frey casts a spell since according to the developer, it would lack originality. They have already established early in development that the magic energy will be represented in geometric patterns. This would give players the visual design information of the game’s magic and make them look unique.

These are the three magic spells that are created for combat. Really helpful in a bind and can even the battlefield.