Learn how to traverse the land, sea, and air. 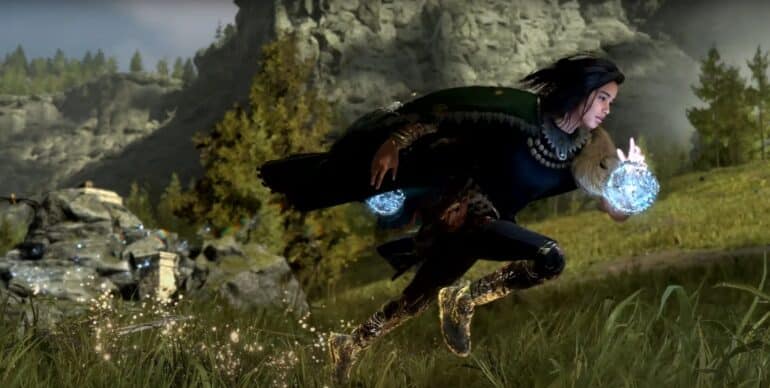 The first video in the series will focus on protagonist Frey Holland’s magic-enhanced parkour and traversal skills. It also features the many spells that she can use in the game.

There are 8 Parkour abilities to use:

Flow is one of Frey’s core powers, which can be activated by holding a certain button. She will dash through the world with great speed and grace. It automatically makes her leap over small rocks and ledges, jump up small walls, and do anything else in order to push forward. There are limits like scaling a cliff face or climbing a tall building. It also needs stamina to keep this up.

Rush allows Frey to use Flow even faster by using well-timed button presses. When using Flow, players will sometimes see flames that would emanate from Frey. Press a certain button upon seeing the visual prompt and she will burst forward at a faster pace. It also keeps top speeds and restores some stamina.

Shimmy allows Frey to kick off the ground to accelerate. Press a certain button at the right time and Frey will perform a short leap forward. Press the button again when landing to continue dashing forward. It conserves stamina as well if done correctly.

Scale allows Frey to jump or climb walls higher. She creates phantom footholds to launch herself into the air. This can be used for traversal or launch off to keep moving seamlessly through the world.

Soar allows Frey to climb higher by doing multiple leaps in quick succession. It enables her to reach incredible heights that were impossible to do with a normal jump. Access areas that were inaccessible before.

Pressing a certain button will make Frey launch a magical tether which will then pull her toward anything it connects with. It can be helpful in pushing in situations that would otherwise fall short of a ledge, or bypass scenery that could slow forward momentum. It can swing forward Frey at incredible speeds or launch herself high up in the air.

Float allows Frey to soften any fall. She manipulates gravity with this ability. Hold a certain button in the air and she will gently drift downwards at a controlled speed.

Glide allows Frey to traverse via bodies of water easily. She skims across the surface of the water. Just hold a certain button to start surfing.