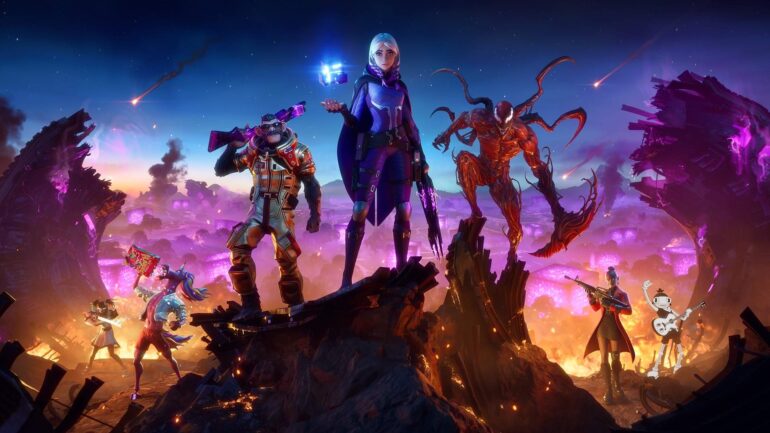 Fortnite and Monopoly are set for a stunning crossover, according to leaks that have been published.

Having already collaborated with some of the biggest brands, including Balenciaga, a fashion business based in Spain, to update the game’s cosmetics, it seems Fortnite is gearing up for some special Monopoly treatment.

While Fortnite and Monopoly may not on the surface seem like a natural match, it seems like Season 8 of Fortnite will get a big makeover.

Data miners have leaked several Monopoly tokens/pieces that will be incorporated into Fortnite. This includes Scottie Dog, Top Hat, and Battleship, and skins can be collected in the Fortnite Item Shop.

There are also newer tokens that could well feature, including Ducky, Penguin, and Rex. It will also be interesting to see if the developers decide to add a skin for other characters, such as Rich Uncle Pennybags.

But when you consider how the Monopoly franchise has been such an overwhelming hit, maybe this collaboration shouldn’t come as such a surprise. From its origins as a board game favourite, Monopoly has expanded its reach quickly, and over time, it has diversified into other areas, including the online casino sphere. Slot titles such as Monopoly Megaways and Monopoly Millionaire are now available at many of the top sites, where you can tap into some online casino bonuses, including a 100% matched deposit.

Now, Monopoly has become a barnstorming success, it has the pick of which games and developers it can partner with.

Nevertheless, while a Fortnite and Monopoly collaboration may seem unusual, it is not the first time these two gaming giants have worked together.

Three years ago, the Monopoly manufacturer, Hasbro, released Monopoly: Fortnite Edition. This version of the board game was true to the essence of Fortnite, and the board design was inspired by the Fortnite Chapter 1 map.

Of course, new cosmetics are being added to games all the time, but this is still undoubtedly a significant leap for Monopoly and Fortnite if this comes to fruition.

Yet, there has been no official word from Hasbro or Fortnite’s developers, Epic Games, to confirm whether this will take place.

Naturally, as Fortnite enters Chapter 2, Season 8, Epic Games will be eager to get some big names on the board, and the buzz surrounding Monopoly and Fortnite is tangible.

Epic Games want to give the battle royale game Fortnite a bit of bling, and pizzazz in a bid to grab the attention of gamers. The leaks that have been discovered by data miners will give gamers something to get their teeth stuck into.

Fortnite has been very busy of late, and it recently announced that it will be getting a selection of immersive in-game musical shows from the new Soundwave Series.

But from a Monopoly perspective, while things have been kept rather discreet, it will be interesting to see how Monopoly can transform Fortnite.

After all, fans have exceedingly high expectations nowadays, and it will be up to Monopoly to ensure that Fortnite is safe in hands. We just have to wait and see now how things unfold over the next few weeks.