Watch Ariana Grande and get rewards. 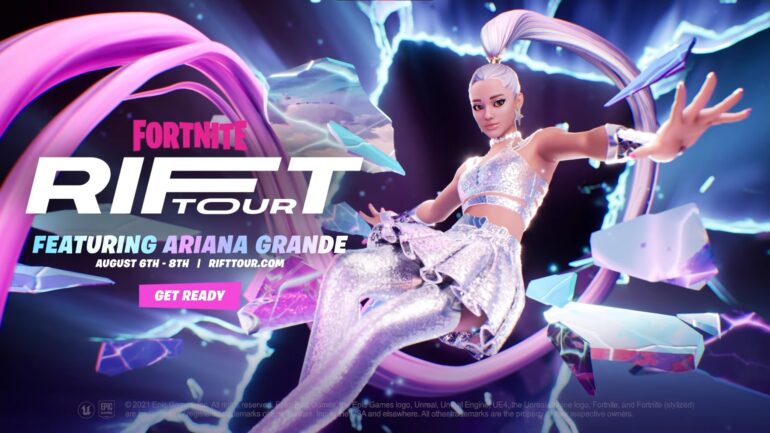 Game company Epic Games has confirmed that Fortnite will be holding the Ariana Grande concert series this week.

Called the Rift Tour, the concert series will be from August 6-8 and will span five showtimes over three days. Here are the schedules:

Epic Games recommends their players to join Fortnite 60 minutes before showtime. The Rift Tour Playlist should go live 30 minutes before each show. Before Ariana will play, the tour will start with popular tracks from the game.

To celebrate the concert series, there will be a limited Arian Grande Outfit and Piggy Smallz Back Bling. These items will be available in the Item Shop on August 4 at 8 PM ET.

There are some in-game quests to complete in order to unlock the first wave of rewards. It will end on August 8, 2021. The rewards include Cosmic Cuddles Loading Screen, Rift-sterpiece Spray, and Cloudy Emoticon.