Time for the grand finale to commence. 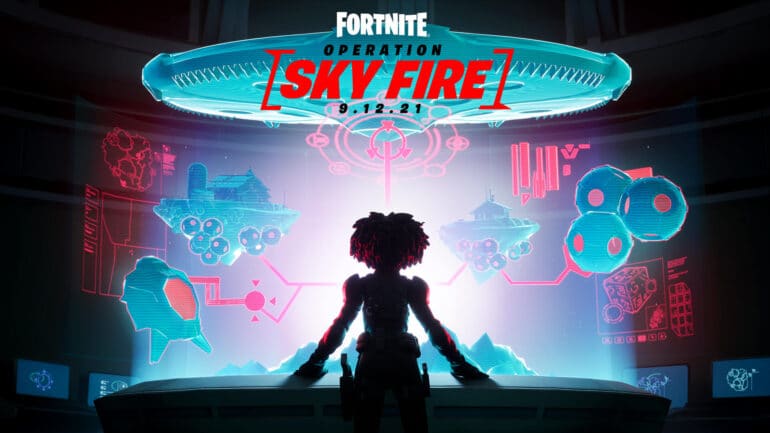 Fortnite’s upcoming grand finale Operation: Sky Fire will be happening at September 12, 2021 at 9 PM BST. This will be the end of Chapter 2 Season 7 and will pave way for the next season.

At the start of Season 7, a mysterious alien army attacked the island. No details on what these aliens are but they are called The Last Reality. It is now up to Doctor Slone to take over command of the Imagined Order and fight them back.

The Alien Mothership is now going for the IO’s secret base at Corny Complex, but Dr. Slone has a plan. This will end the invasion once and for all. As the undercover agent for IO, players will now prepare to infiltrate these invaders and put a stop of all of these.

Operation: Sky Fire will be the big finale to this latest chapter and it will be a free, one-time event for Fortnite. There will be no replays for this so make it count.

Players can join up to 16 members with the live event available 30 minutes prior to start so that they can reserve a spot. They are advised to prepare first before joining this mission like gathering and spending Bards for this season’s Bargain Bin Wild Week and completing any remaining Epic Quests, Superman Quests, and exchange Battle Stars.