Here are all the detail about Fortnite Sayara in the upcoming Crew Pack. 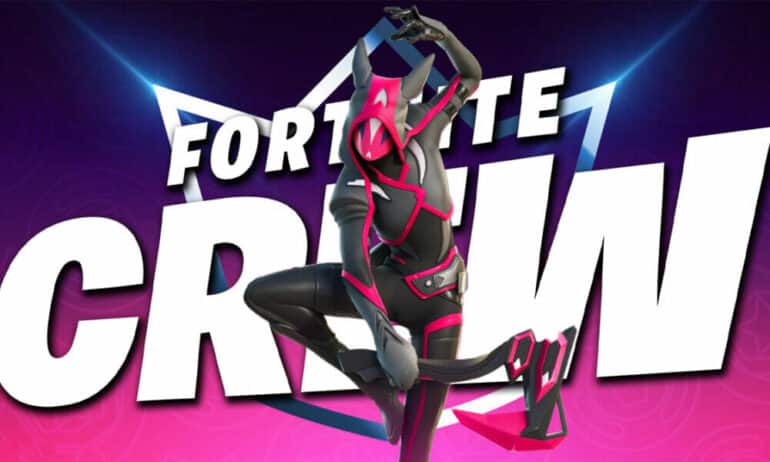 Fornite Crew has a new original character joining its roster: the elusive Sayara. For those not in the know, Fortnite Crews allow players to get exclusive skins, cosmetic items, v-bucks, and instant access to the current season’s Battle Pass at the low price of $11.99 USD per month.

Recently, Epic Games announced the inclusion of Sayara, a hooded and masked figure who’s always watching, to the Fornite Crew Pack roster. She will officially join the foray on March 31, 2022, at 8 PM EST for Fortnite Crew subscribers.

And here’s everything you need to know about the contents of this month’s pack.

From April 1, 2022, if you’re a member of the Fortnite Crew Pack subscription service, you’ll be able to get your hands on the brand new Sayara skin, as well as her included cosmetic items.

Included in the upcoming Crew Pack will be the following items:

One of the sought-after benefits of Fortnite Crew is instant access to the current season’s Battle Pass. In other words, active subscribers during the recently-launched Chapter 3 Season 2 automatically receive its Battle Pass.

Active Fortnite Crew subscribers receive 1,000 V-Bucks on a monthly basis. The V-Bucks are added to your account on the same day you’ve signed up during the previous month. If you’ve subscribed on the 28th of March, for example, you will be receiving V-Bucks on the 28th of April, and so on and so forth.

Players who decide to opt-in now until March 31 at 7:59 PM ET are eligible to receive the March Crew Pack, which includes Tracy Trouble. The pack also contains the heartbeatless Lovely Skully Bing, the “heartbreaking” Heartslash Pickaxe, and the as-charged-as love Tracy’s Arsenal Wrap. At 8:00 PM ET players will begin to receive their April Crew Pack.

The Fortnite Crew monthly subscription usually a few extra goodies to add on top of the cosmetics. Things like reactive skins and evolving ones come to mind. But the current set includes the character, V-Bucks, and Battle Pass, for the most part. Should there be any changes to the pack, check back in with us here.