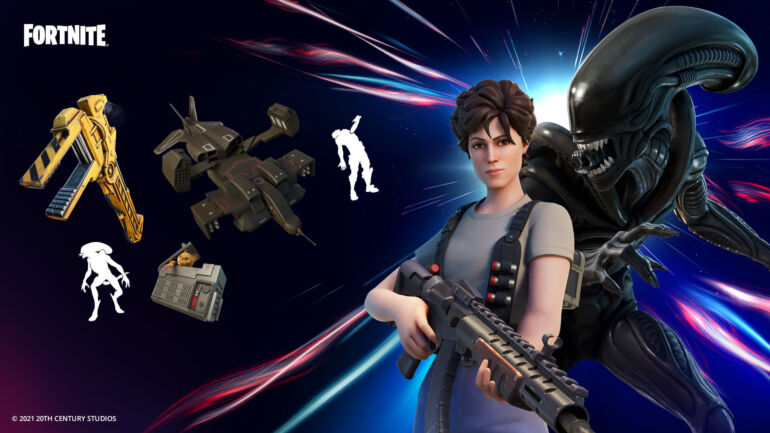 Game company Epic Games just announced that the next cross over content for popular battle royale game Fortnite is from the Alien franchise.

The Xenomorph comes with the Xenomorph Tail Back Bling and Xeno Menace built-in Emote. To the opposite site is Ripley with her Nostromo Crew Outfit variant and the Weyland-Yutani Cat Carrier with the Jonesy the Cat addition.

There is also the Space Gear Bundle that includes contents like the P-500 Power Loader Arm Pickaxe, the Cheyenne Dropship Glider, and the new Emote Burst Case Scenario.

Game over, man, game over!!