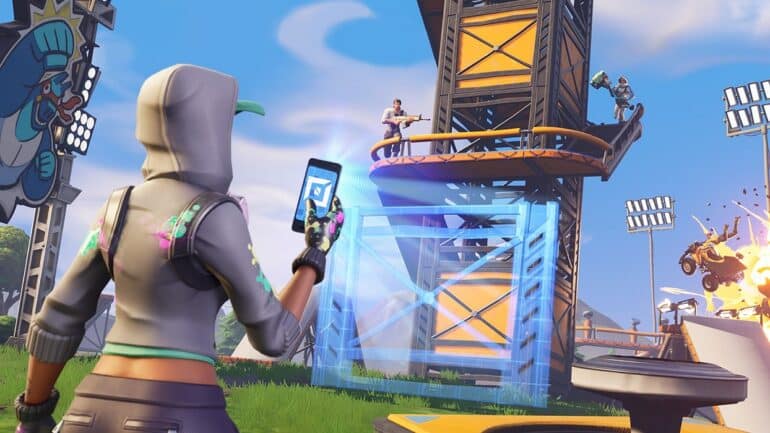 Epic Games has recently released a new Hotfix which adds the new Fortnite Grapple Glove giving them the ability to “swing in”.

Update hotfix v21.00 was recently implemented and it released the new item called the Grapple Glove. With this new item, players can now swing through the air and traverse the battlefield easily. Just shoot the grappling hook at a hard surface like a cliff, prop, or building. Each successive swing gets faster until the third swing and beyond, which will get players at max speed.

Players who miss and land on the ground will get a short window of time to shoot the grappling hook again. They will have a longer window if they slide out of a swing, so a combination would be a great idea. The cooldown is also short, so no worries.

The Fortnite Grapple Gloves can be found in the Grapple Glove Toolboxes located at the pink Grapple stops that are all over the Island.

There are a few balance changes as well. Check them out below:

Combat SMG – Reduced the damage of the Combat SMG.