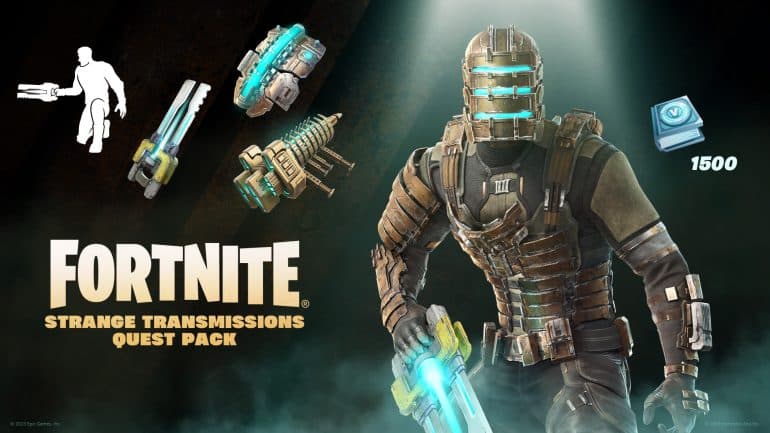 To ramp up the hype of the upcoming video game Dead Space Remake, Epic Games has added Isaac Clarke to the roster. He joins the other Gaming Legends Series in the game and his outfit can be purchased via the Item Shop for only $11.99 USD. His outfit is included in the Strange Transmissions Quest Pack together with the Strange Transmissions Quests that allow players to earn up to 1,500 V-Bucks and more:

A bit of context for players who do not know Isaac Clarke: he is the protagonist of the Dead Space series. He is a ship system specialist who joins his team in visiting the haunted ship USG Ishimura only to find monsters called Necromorphs killing everyone in it. In the first game, he is now trying to survive this ordeal and hopefully find his wife somewhere in the middle of this haunted ship.