List of all League of Legends champions by release date 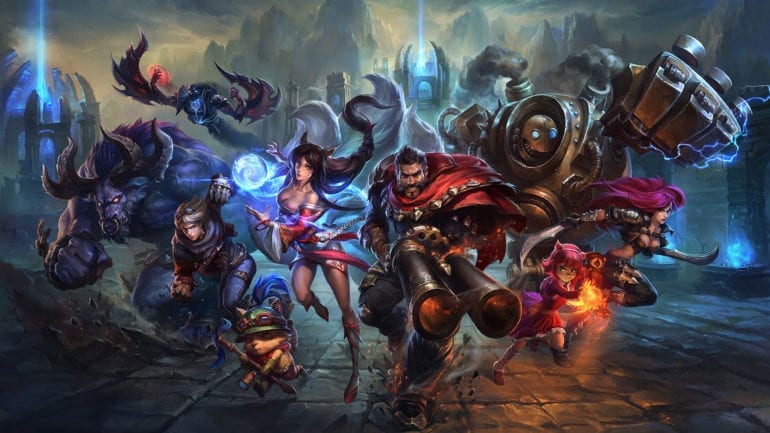 Riot Games’ League of Legends started off with only 20 champions when it launched on October 27, 2009. As the game gained popularity so quickly that even die-hard Dota 2 fans transferred over, League of Legends has a strong lineup of champions with unique abilities and traits for all kinds of players.

How Many League of Legends Champions Are There?

As of this writing, there are 162 champions with K’Sante, the Pride of Nazumah as the recently added champion on November 3, 2022.

Just about 12 years after, the list of League of Legends champions has massively expanded from the initial 20 champions in 2009, making it one of the biggest lineup of playable characters in a game surpassing Dota 2’s 123 number of playable heroes.

Here are all the champions in League of Legends sorted by their release date, and we’ve included how much they cost in Blue Essence, the game’s primary currency, and RP, the game’s premium currency, as well as their classes.

Who are the Next League of Legends Champions?

Riot Games, League of Legends’ developer, recently teased two new champions, Milio and Naafiri, an enchanter and an assassin, respectively, due later this year. A preview of 2023 roadmap revealed the news. Riot wants to make a “more diverse champion pool that’s accommodating of all cultures, genders, and in-game skill levels.”

The first champion to release in 2023, Milio, is expected to debut on Summoner’s Rift this year. Milio, a youthful Ixtal enchanter, uses fire to heal rather than destroy. Milio carries his family’s aspirations and dreams on his back and wields the Fire Axiom’s power with aplomb.

Milio will be the first male enchanter and support since Taric in 2009 and Rakan in 2017. The lovely Ixtal enchanter’s talents and background are unknown.

Naafiri, a mid-lane assassin from Shurima, is unknown. Riot Games said her kit will be simpler than assassin mechanics in recent years. “I know some of you appreciate intricate champions and novel-length skill descriptions, but others want to focus on macro play, and jump into action with a simplistic kit,” said Alexis “Riot Lexical” Gao during Naafiri’s unveiling.

Since she was introduced shortly after Milio, Naafiri’s powers and kit specifications are likely to be disclosed in the months after Milio’s release. Stay tuned for additional information on League of Legends’ early 2023 champions.

League of Legends Champion Leaks for 2023

We are waiting for a dataminer leak from PlayerIGN for the year 2023 and will update this article soon.

Meanwhile, we will be expecting the following for League of Legends Champions in 2023:

That concludes our List of all League of Legends champions by release date guide, reminding everyone to always take rumors with a grain of salt.

While waiting, consider turning your favorite champion hero characters into real items. It is said that the popular form of fan art nowadays is fan-created and derived artwork of other aspects of the game, and the most popular fan artwork today is custom made pins and custom die cut stickers. If you are planning to promote a hot game product, why not consider customizing a group of fan-favorite peripherals.