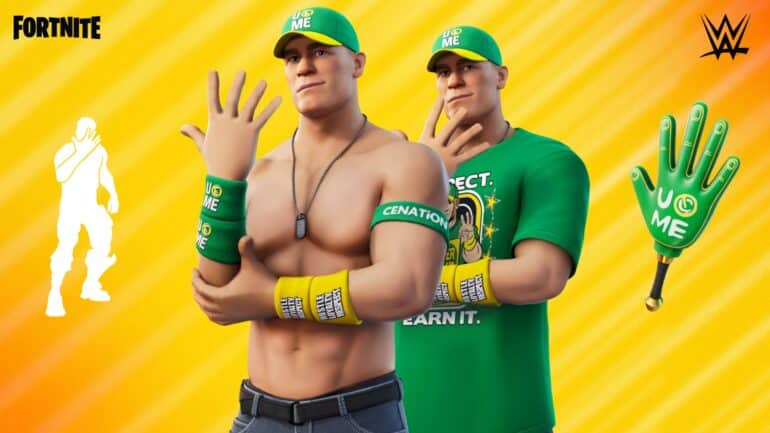 Epic Games has recently announced the Fortnite John Cena Outfit and his other gear.

The popular wrestling super star John Cena and now also a movie star is going to join Fortnite soon as part of the WWE promotion, Epic SummerSlam. It will also affect two other games too, Rocket League and Fall Guys.

There will be a John Cena Outfit and will be available on the Item Shop starting on July 28, 2022 at 8 PM ET. It will include the Entrance Gear and Ring Gear Styles. On the Epic games post, the game company was into the joke that “Cena can’t be seen” because he was invisible. He had a picture of supposedly him in Fortnite but it was only an empty street.

Of course, Epic Games shared another image afterwards with the two John Cena outfits. They did clarify that the Outfit will not have an invisibility feature, but it will have matching accessories. It will be available in the Item Shop together with the John Cena Set, which includes the WWE Championship Title Back Bling, the open-hand Five Digit Slapper Pickaxe, and the U Can’t C Me Emote.