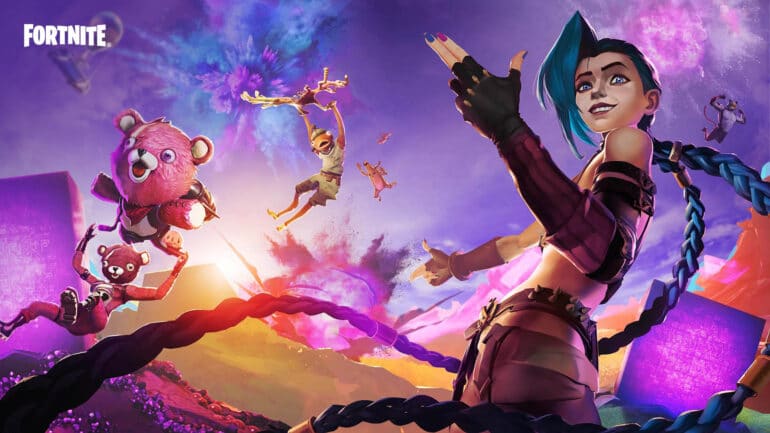 Epic Games and Riot Games are now partnering up for the Fortnite League of Legends crossover, which adds a new character LoL’s Jinx. She is available to acquire today.

Fortnite collaborates with popular MOBA game League of Legends adding a new character to its roster, one of its most popular fighters, Jinx. This is the first time that one of Riot Game’s content has appeared in another game aside from theirs. Fans of both titles are now excited to see Jinx in action.

The character skin together with other content like the custom Jinx pickaxe, spray, back bling, and loading screens will be available today at 5PM PST. This also celebrates the airing of the upcoming animated show of Riot Games, Arcane, which will be seen at Netflix.

Aside from adding Jinx, Epic Games Store will be adding Riot Games’ titles like League of Legends, Teamfight Tactics, Legends of Runeterra, and Valorant.

With this collaboration, this has become a major event for Riot Games since this could open up for future collaboration projects for them.