Nathan and Chloe are finally here! 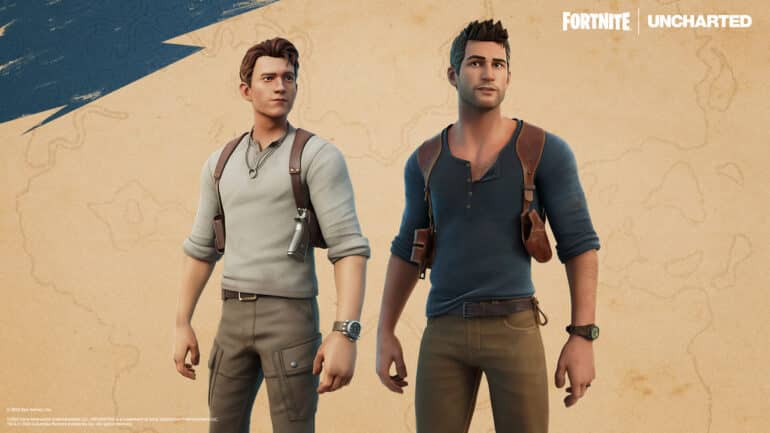 Epic Games announced Fortnite is getting crossover content with the Uncharted series and to celebrate, new cosmetics will be available.

The Island will be getting a new twist: crossover content with the Uncharted series. This will start today at 15:00PM GMT until the end of Chapter 3 Season 1. Players will be able to find Nathan Drake’s Maps for buried treasure. When they finally get to the prize, they can then use the Pickaxe to dig it out and find loot.

There are new outfits to check out as well with the Nathan Drake Outfit that comes in two styles: the film version from Sony Pictures and the one based from Uncharted 4: A Thief’s End.

Chloe Frazer is also up for grabs with the Chloe Frazer Outfit that comes in several styles. There is the default version, the No Jacket style from the film, and the one on Uncharted: The Lost Legacy game. By unlocking her outfit, players will be able to gain access to the Chloe’s Pack Back Bling.

The Uncharted Set will have the Second Hand Saber Pickaxe, the Parashurama Axe Pickaxe, and the Update Journal Emote.

All of the Uncharted cosmetics can be purchased via the Fortnite Item Shop today.