Forza Horizon 5 money glitch – How to get money fast 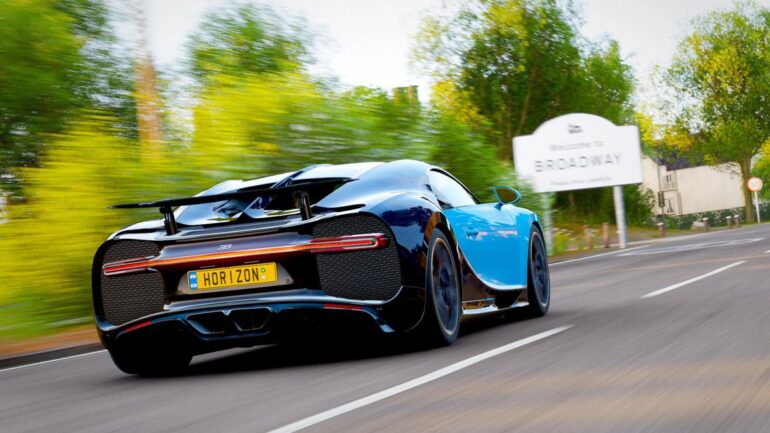 In Forza Horizon 5, there are numerous opportunities to earn money. In addition, believe me when I say that you’re going to need a lot of cash in order to afford the stunning collection of automobiles that the game has to offer. For those who are struggling to find ways to make money, there are a variety of options for earning quick money they may not have considered previously.

Glitches are a fantastic way to get the most out of your gameplay. If you’re having trouble making progress in Forza Horizon V, it might be a good idea to experiment with some known glitches to give your driving career that extra boost. Glitches can also be used to earn some extra money for you. However, make sure to test these glitches as soon as possible before the devs fix them in the next game patch.

Is there a money glitch in Forza Horizon 5?

Sorry, there is no known money glitch for now in Forza Horizon 5, but there is an exploit that players can do in the game to gain unlimited XP that you can use for Super Wheelspins to earn money. (Check out the steps on this guide below)

We did find a YouTube video by Hood Exit claiming that he found a Money Glitch in FH5 that can be exploited. He said in the comments section of his video that he will be posting the guide on Saturday and we might as well test it out if ever it goes live.

However, the video only shows an upside down car that seems to be “frozen” while the XP is multiplying endlessly for a barrel roll skill chain. It’s difficult to believe especially that this is a new channel with only 2 videos posted, both of which are containing the same so called ” Money Glitch in Forza Horizon 5″.

Hood Exit posted a follow up video that contains a step-by-step tutorial on how to do the trick that’s in the first video. Further examining this “money glitch”, it is actually the same XP spam that happened in Forza Horizon 4.

For some this is not technically a glitch but an exploit. You can cash in the XP for a lot of wheel spins where you can get awarded with credits. This exploit can further be multiplied if you play the radio and listen to skill songs while doing this trick. The skill songs combined with this formula can give you 10x the multiplier so you can even get more money in less time. You just need to buy the house that has the active perk for skills songs.

Glitches and bugs are unavoidable when dealing with a large codebase that performs a wide range of functions. The greater the number of moving parts in a game, the greater the number of possible failure points. Exploiting a glitch or bug in order to gain an unfair advantage over others, or even just the game itself, is considered a violation of the rules.

The developers are aware of any exploits that are currently in use. And those who will participate in exploits are risking possible suspension from certain aspects of the game, although there have been rumors that the more serious offenders may have had their playing privileges revoked completely.

Can you buy credits in Forza Horizon 5?

Forza Horizon 5 Credits refer to the in-game currency that is in Forza Horizon 5. It is difficult for players to obtain a good vehicle in a racing game if they do not have enough assistance from FH5 Credits. This is especially true in a game where the goal is to achieve good results in the actual race. Players can purchase Forza Horizon 5 Credits in order to obtain useful vehicle accessories, props, and a variety of racing cars, among other things, however these are only through 3rd party companies.

There are several risks tied to purchasing from a 3rd party as these are not in any way tied to or accredited by Xbox Game Studios.

Can you sell your cars in Forza Horizon 5?

Yes, purchasing cheap auctioned cars online and reselling them for a profit, on the other hand, is a surefire way to make money.

Purchasing cars at a low cost is a great way to not only expand your collection, but also to make quick money. Selling cars you’ve collected along the way in Forza Horizon 5 through the Auction House is a simple and effective way to make a lot of money in a short amount of time. Take note, however, that if you’ve received a vehicle as part of the missions, chances are that many of your fellow Forza players already have it as well.

How to Make Easy and Fast Money

Forza Horizon 5 rewards you for simply engaging in the game’s activities. If you have the Forza Horizon app, make sure to log in on a regular basis because you can earn rewards, which are usually in the form of currency that you can spend in the game. Sometimes the monetary rewards are quite generous which is more than enough to cover the cost of a new car purchase outright.

To earn money fast in Forza Horizon , you can engage in the following activities:

If you’re feeling lucky, you can put your luck to the test by spinning the Lucky Wheelspins, which can award you with cash or even new automobiles. These can be obtained through purchasing properties within the game, the completion of races, and outstanding performances throughout the seasons.

Throughout the course of your gameplay in Forza Horizon 5, you will be granted Lucky Wheelspins on occasion. In a YouTube video by Forzarizon, he shows players a method on how to drift and perform super wheel spins which is very effective in earning tons of money. A lot of players are recommending the Toyota Supra MKV as it has a 7x multiplier.

How to Get Unlimited Wheelspins in Forza Horizon 5

Check out this video by Forzarizon on how to do the super wheel spins as a method of gaining money fast in Forza Horizon 5.