Forza Motorsport 7 Review – The Race Is On 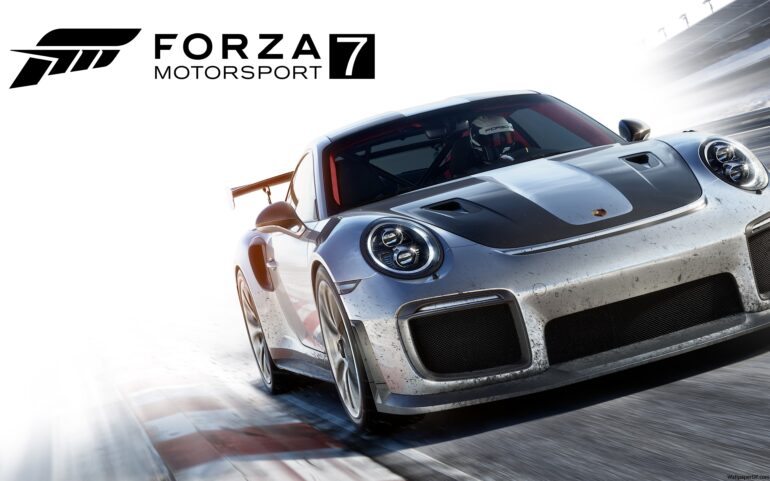 For many, there is just something about getting behind a wheel that can induce an adrenaline rush. Well get ready because for Forza Motorsport 7, the race is on. 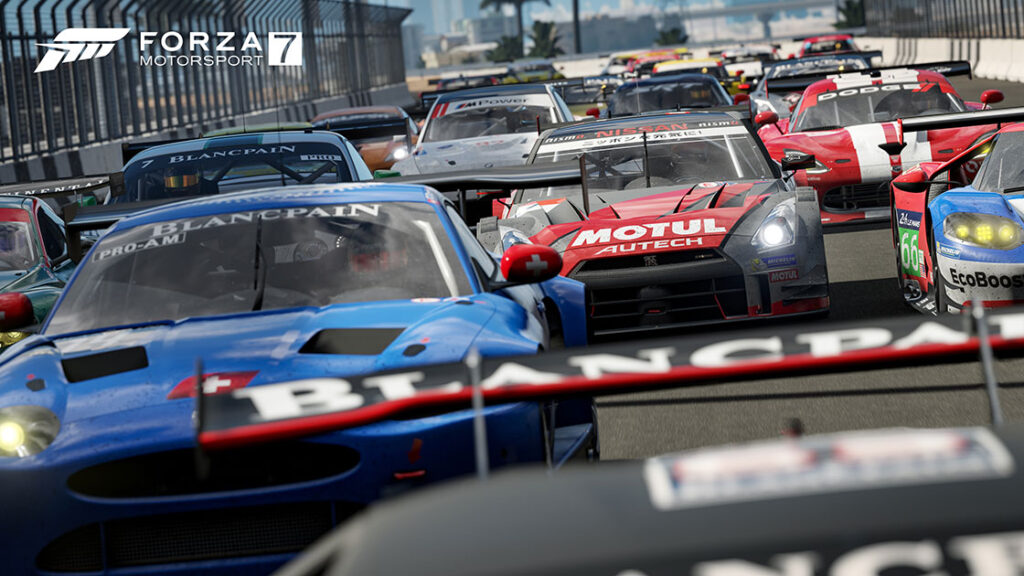 If you’re a fan of racing games, then you’ve probably heard of Forza Motorsport 7. With so many numbered entries into the game, many of you can find yourself asking what’s new about the Forza Motorsport 7 that make it different from other racing games? Is it worth buying? What’s there to keep you interested?

Well, check out this review to find out and then decide for yourself.

To get right down to it, Forza Motorsport 7’s graphics are gorgeous.

Forza’s past installments have already been beautiful and lively, but Motorsport 7 really makes the race come to life. I had a hard time not being distracted by the graphics as I was racing the first time I laid eyes on it.

The environment by itself is jaw dropping. Turn 10 Studios have taken great attention to detail. The rain fills up your screen wonderfully that you almost feel like it’s raining where you are playing. The sun’s rays are so beautifully distracting that there’s a chance you may end up crashing if you get too distracted. The weather effect really makes this game come to life. It’s almost as though you’re racing yourself. If it’s possible to rate a game on graphics alone Forza Motorsport 7 would be a ten out of ten. It’s like they used a microscope to design the graphics of this game.

I’m no car expert, so I can’t even recognize a portion of these car selections that are available to us. But still, the car selection screen is really quite the sight to look at as there are rows and rows of never ending cars with never ending customization that it very much feels like the list never ends. This comes as no surprise, as Forza has always been diligently adding every type of vehicle they can think of. We even have trucks to race this time around. I’m still waiting for the day they give us tanks to play with.

If you want to observe the car you’ve picked down to the smallest detail, you can very much inspect them in detail before you go into the racing pit. This adds some depth to it allows you to admire just how detailed Turn 10 Studios made each vehicle in this game. 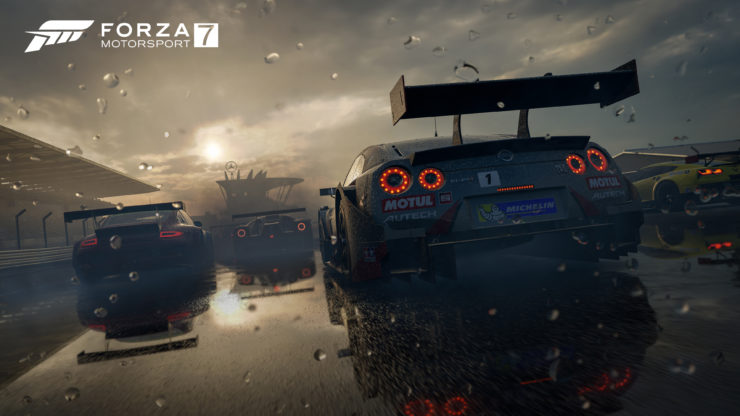 For those who had a hard time with steering like in the previous Forza installments, you’d be happy to know that control is much more stabler this time around as cars feel more responsive to the way you drive.

On the wheel, it really feels like you’re in control of the car. If you’re playing in single player, you can rewind your actions to take you back to a certain point where you can get an advantage, much like the previous installments of Forza.

Speaking of control, there is always the chance to lose control. Car crashes here are brutal. One moment you can be driving peacefully and the next you’re tumbling around with no control. Crashes can really set you back in a race, but you can also decide to set someone up for a crash if you want to play dirty but you can just as easily be a victim to it as well. 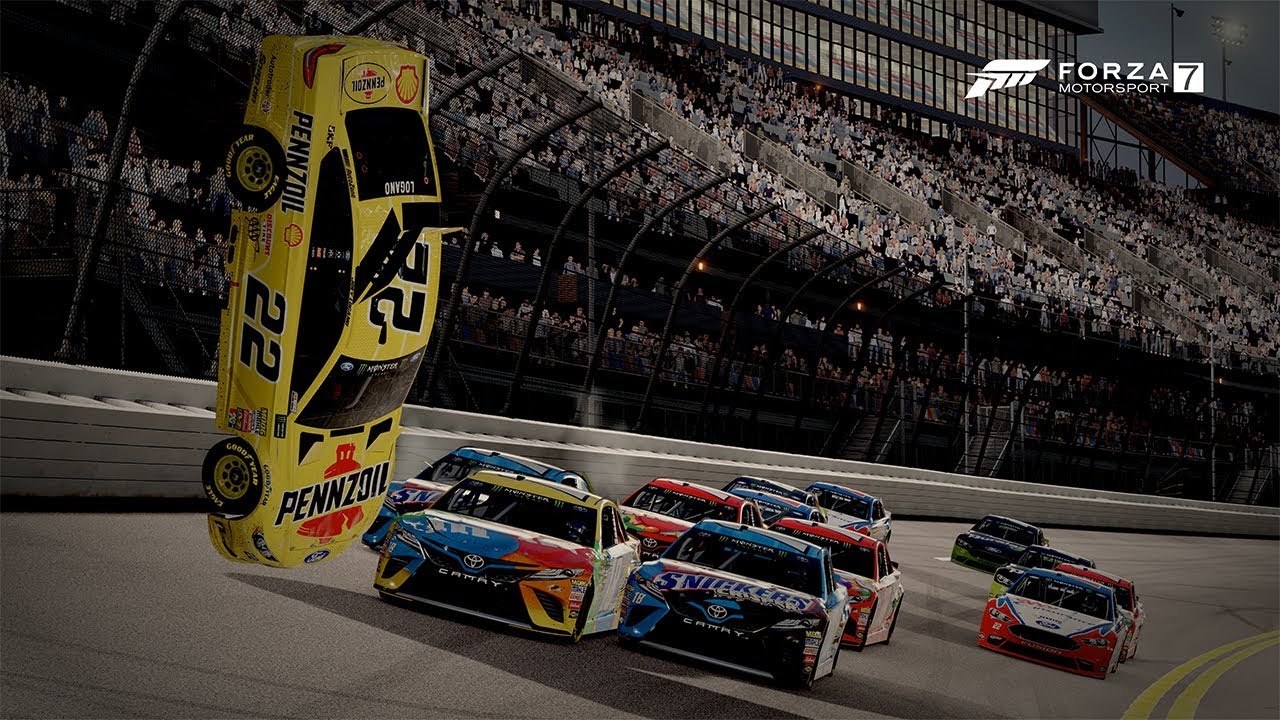 There are different modes in Forza Motorsport 7. The most obvious one being Career Mode, which is quite linear and piles you up in a set of races for you to win the Forza Driver’s Cup.

While Career can be fun, chances are you’re going to want to try Free Play mode as it offers you more freedom to control the kind of race you want with the types of car you want. Multiplayer allows you to tackle other players with their own customized cars in a driving pit.

Loot boxes, however, make an unwelcome return. This time, they’re called “prize crates.” Thankfully, you don’t pay with real money for their use as they are purchasable with CR points which you earn by playing the game more. With prize crates, you can get cosmetics for your driver and mods, which modify the conditions for the next race as well as extend the CR points you earn.

Speaking of your driver, Forza Motorsport 7 actually allows you to customize the driver of your car, but only for the gender and outfit but not appearance as you don’t actually see your driver underneath all that clothing. It’s a nice touch, but one that doesn’t really matter as you can barely even see your driver in the race, if at all. The only time your driver will be visible is when he’s standing around by the side of the menu when you’re choosing what to select.

While microtransactions aren’t available yet in the game, Turn 10 Studios has confirmed that as soon as game economy is balanced and fun for their players, they’ll start implementing the use of tokens. It’s not quite known just how bad this would be for players in the future, but already many are complaining about it.

If you’re a fan of cars or driving around in exotic vehicles, then Forza Motorsport 7 has a great quantity of cars for you to choose from, all of great quality. There is just so much content around for a racing game and you wouldn’t want to miss out on the modes it has to offer. 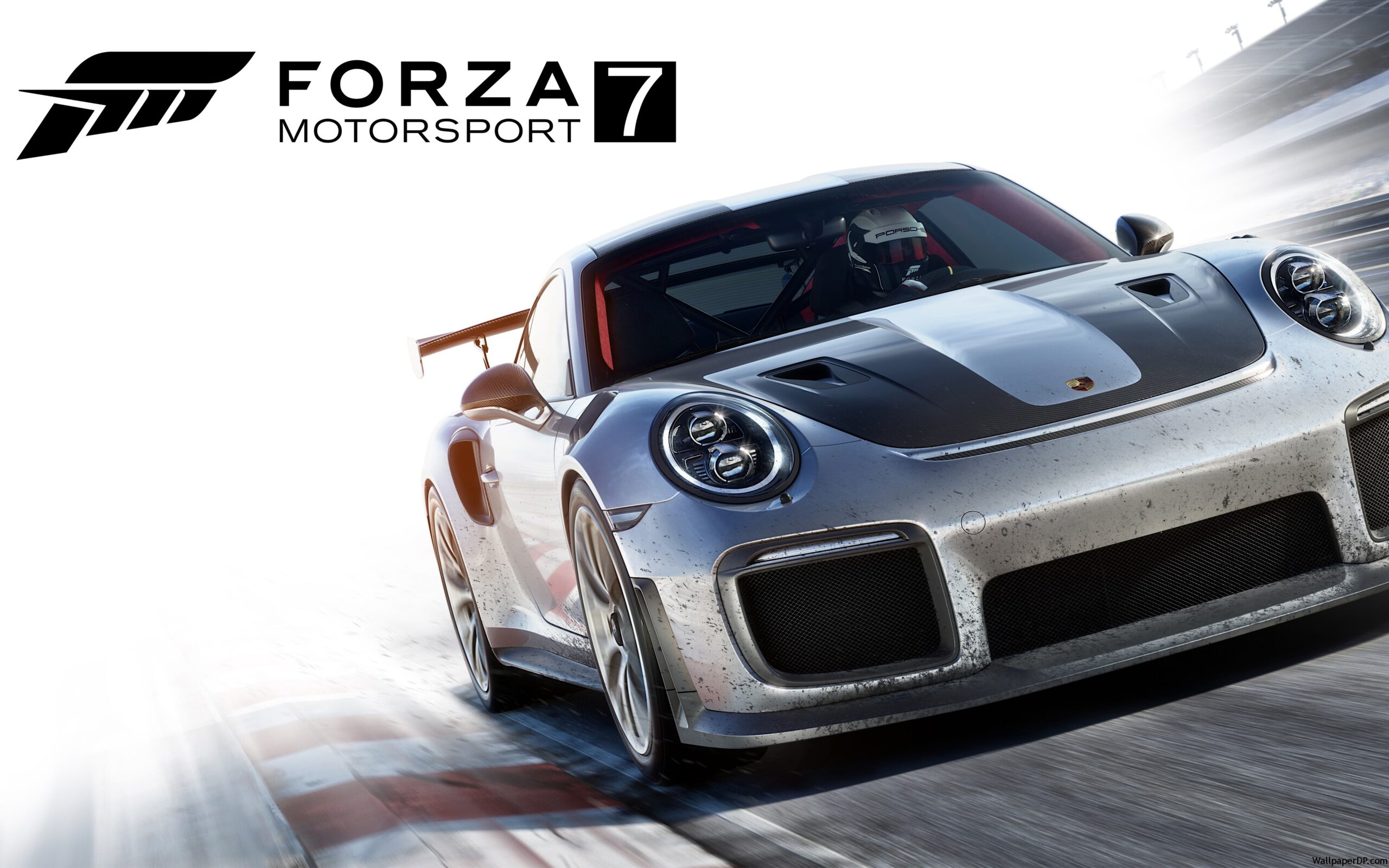 Forza Motorsport 7 - Review
Score Definition
May it be the likes of Shadow of the Colossus or Metal Gear Solid, if it’s quite there but not enough to push the boundaries, it’s still an awesome game.
Pros
Many Selectable Vehicles
Extensive Customization
Gorgeous Graphics
Adrenaline Inducing Races
Cons
Prize Crates Don't Allow You to Select What You Want
9
Excellent