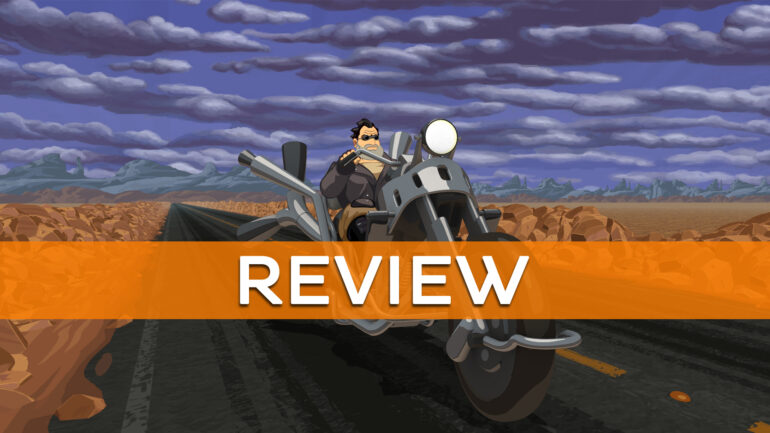 For someone my age, who loves adventure and puzzle games, never did play the original version of Full Throttle nor heard of it since it was first released in 1995 and only heard about it when the remastered version was released in 2017. 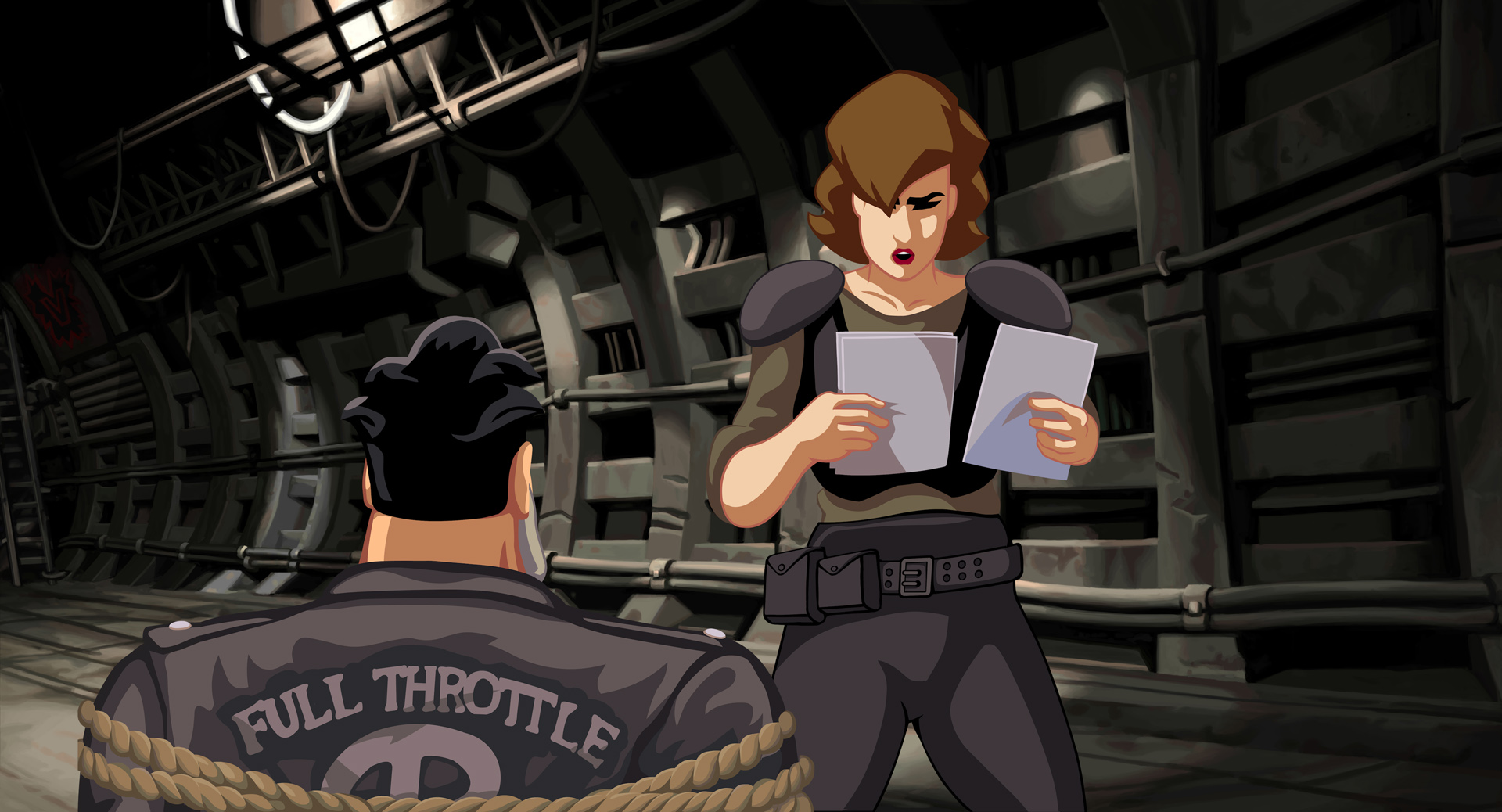 Full Throttle Remastered is an adventure interactive game. This game gives you the leading role as the gang leader of bikers. Riding with leather jackets on. Dust clouds trailing behind you. Tuning up the radio for rousing rock music. The highway – your home!

The gameplay visual is in third person view and its controls were fairly simple. You will just have to choose and press literally everything that surrounds Ben. In interacting with the objects or characters, a skull, a lone biker boot and a gloved hand will pop out. Pick one of the symbols and use it to observe, speak, kick, grab and shamelessly lick everything around you. Do not worry about Ben’s strange licking option. If he finds it too disgusting to lick he will just say “I’m not putting my lips on that” or rudely give an insult or comment about it. During conversations, choices are presented in the dialogue. 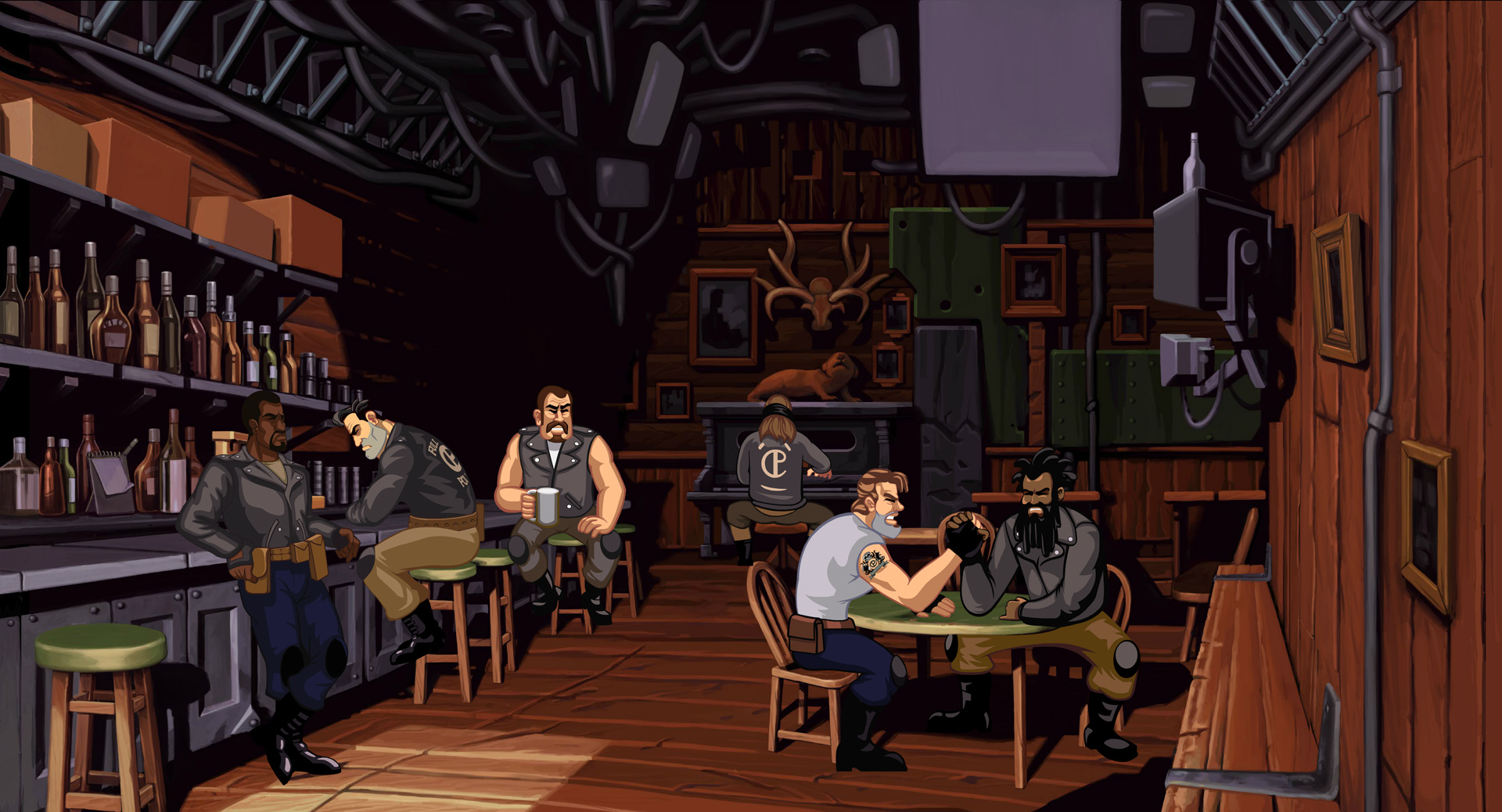 Choosing the correct response will advance the conversation and advance the scene. You can also choose the others to prolong conversations which I find it to be funny. Since the characters are rowdy and rough bikers, most of  us would expect a fist to fist battle with other gangs. If you were looking forward to it, please do not expect it to happen. Instead of having brawls in the bar or on the streets, the game lets you knock the other biker off his ride before they can do it to you instead. If you fail, it’s no problem. Your screen will not display the “wasted” or “You Died” texts, instead, Ben will get back on his big bad bike and finish the job.

To the fans of the original release, you can experience that awesome nostalgic feeling. The game can be set back to its original pixel graphics with one click from your dualshock touch pad. Seeing it again makes you think how this game looked realistic before. I cannot exactly say how you guys would feel cause I never did get the chance to play the original version. It is my first time to play Full Throttle in its remastered version but despite of this , I can say that I love this game probably as much as the 1995 fans did. Though the game gave me a lot of frustrating moments such as questioning myself  about why the hell can’t I solve this puzzle when I already snooped every inch of this place, albeit all of that, it is still fun when the mechanics are done.

I was not expecting Full Throttle Remastered to be relatively short. I thought the game would took around two or three days to finish. Unfortunately, I finished the game overnight and it kinda left me hanging. The way you control Ben gives a lot of fun experiences and hilarious moments. I could have prolong my time with the game but the story was getting into me and drove me to finish it. Speaking about prolonging my time with the game, Full Throttle Remastered is not actually an open world game. You may have the liberty to drive anywhere but it has limits. Anyways, it was a great ride and I personally would recommend this game. So what are you waiting for? Grab your leather jackets, fuel a tank full for your bike and get going. The Polecats are waiting and adventure awaits on the highway!

It’s a must-have game and can secure a spot in your collection.
Read our Review Policy here to know how we go about our reviews.