Furi Review – Bring On The Pain! 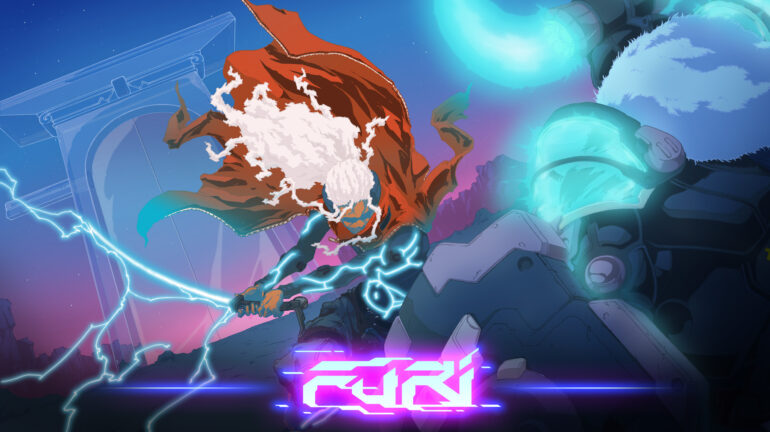 Furi is both a hack-and-slash and twin-stick-shooter that emulates a lot of fight scenes from animes and action movies. But you don’t get to button mash to win, though. Even in the lowest difficulty setting, it’s hard to win at later bosses.

Furi is not like most games. It has levels, but the levels are really just bosses. There are pathways in-between fighting, but there’s a built-in auto-walk option in case you’re tired of exploring its world. Trust me, you’ll get tired after two minutes.

There are no easter eggs or hidden surprises here, just a straight walk towards the next boss. There’s no use in going to an edge or off-camera. There really is nothing there. Just beautiful scenery.

Furi’s fast-paced action is heavily contrasted by the slow walking in between fights. It’s a good thing you’re soon accompanied by a masked guy along the way. He tells you the lore and history of the next boss you’re fighting. It’s a good way to relax and enjoy the narration. Especially if you just got out of a really tight fight. And by tight fight, I meant *really* tight fights.

Every inch of movement counts in this game. Waves of bullets coming at you from every direction. The enemies dash-attacking you. Every dodge needs to be precise in order for you to not fall into a pit, or in a trap.

What makes Furi even harder is that you and the enemy have sets of lives. Every time your health bar empties, the enemy’s replenishes. You also lose one set of life. However, when the enemy’s life goes down to zero, you instead gain a set of life. Even then, a new round starts. And it’s even harder than the one you were in.

Every fight with a boss involves two types of gameplay. The battles start with a top-down view of the area. The enemy then comes at you with a barrage of bullets and missiles and energy waves and slashes. You have to run around avoiding these harmful elements while also looking for an opening to attack, twin-stick shooter style. When you land enough hits, you then get a chance to be on a one-on-one slashing combat, parrying the enemy’s attacks while also trying to dodge the gimmicks each boss have.

Every boss has a different strategy to them. My most favorite boss was the fifth one, The Hand. The Line (third boss) was also fun to defeat, with his reflective shields and stuff, but The Hand made his mark on me. His fast attacks consist of a very large shock wave, which I had to dodge as fast as I can. Then I had to dash back to inflict damage. After a couple of damages and sets of life gone later, The Hand will unleash a green steam around the field. The green steam is some sort of poison that drains my health when I step on it, even for just a second. This instantly limits my area of movement, making dodging his energy beams harder than they are. Even attacking him needs careful analysis of the surroundings. That darn area limit is what made me die.

And I died. A lot. Even when I was still on the first level.

It’s okay to change difficulties – I did, when I thought the game was being unfair (and also because I’m a noob and frustrated at it). But the easiest difficulty doesn’t let you unlock Furier mode, where everything is even harder. The boss attacks are patterned though, so memorization is the key to success here. That, and really good reflexes. And strategy. And luck. And practice. Lots of practice.

Needless to say, even from the title screen, Furi is a stylish-looking game.

At the early parts of the game, Furi’s dark, serious atmosphere is contrasted by the colorful, minimalistic models of its world. The levels are themed accordingly and beautifully. The foliage’s lights show you the way in dark areas, while the moving rock bridges lead you to the next fight. It’s aesthetically relaxing and pleasing to the eyes. Especially during the fighting parts, where 60fps is just so satisfying.

Furi is just so gorgeous, I didn’t really mind being killed by the enemies at all. Except when it’s for the 10th time. 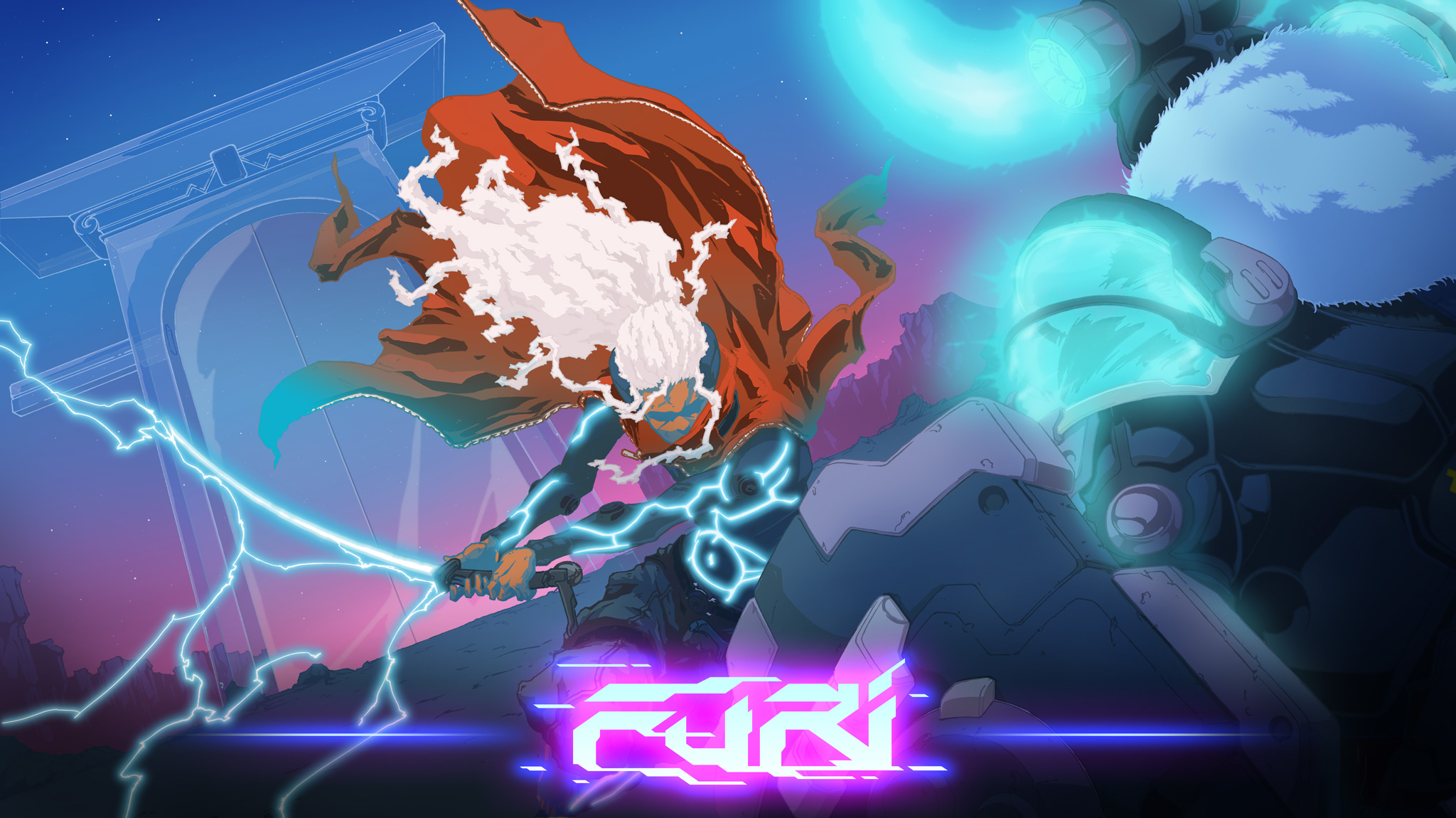 Furi - Review
Score Definition
May it be the likes of Shadow of the Colossus or Metal Gear Solid, if it’s quite there but not enough to push the boundaries, it’s still an awesome game.
Pros
Beautiful
Hard As Heck
Thank You For The Easy Mode
Cons
Framerate drops when not in a fight
Sometimes, easy mode is just too easy
9
Excellent