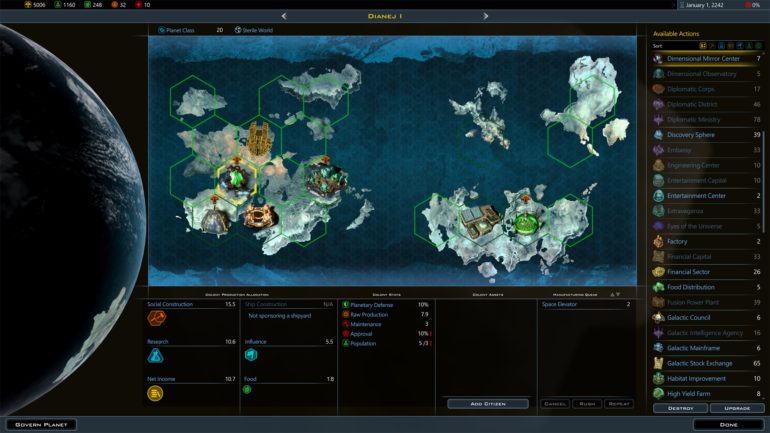 Worlds in Crisis will be introducing new world events with ideological choices, new planet types, and more new planet features. With these new additions, fans will get the chance to check out new strategic options.

The latest update is version 4.0 and will have a big performance upgraded for the game. It will make a lot of visual improvements on planets both on surface and from orbit. There are also tons of additional balances and AI improvements for the game.

Here is the description of the upcoming DLC:

In ​Worlds in Crisis​, players may encounter worlds struggling with crises from planetary mutations, to raging pandemics, to murderers on the loose, and much more. Each crisis tells a planet’s story and the player’s decisions on how to handle them will determine how it resolves in the end.

There are also several new planet types to explore, offering new and exciting bonuses for those brave enough to colonize them. Players might encounter a sterile planet that isn’t meant for housing life, but is suited for the experiments of a mad scientist, or a beautiful and serene tranquil type world, perfect for retirement and tourism. New islands, continents, and land masses provide many new options.

Stardock CEO Brad Wardell has this to say:

This massive update to the game wouldn’t have been possible without our community. Without their saved games, some of the gameplay and AI improvements just wouldn’t have been possible. Some of these saved games involved over 60hours! That’s 60 hours in a single play-through. These saved games allowed us to really see all kinds of interesting and emergent gameplay that happens after that many hours that benefit both epic players and those just starting out.

The Worlds in Crisis DLC will launch sometime in Steam and Stardock for only $4.99.