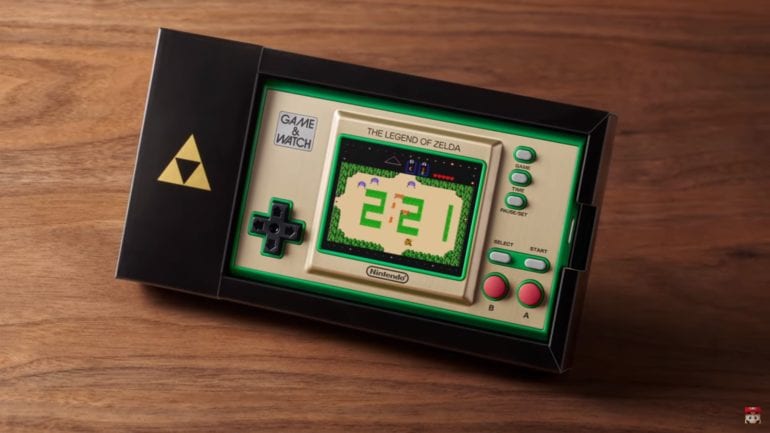 In a special twist, the system will have a special version of Game & Watch classic Vermin starring Link as a playable character.

A playable digital clock based on The Legend of Zelda and a playable timer themed after Zelda II: The Adventure of Link are also included in the package.