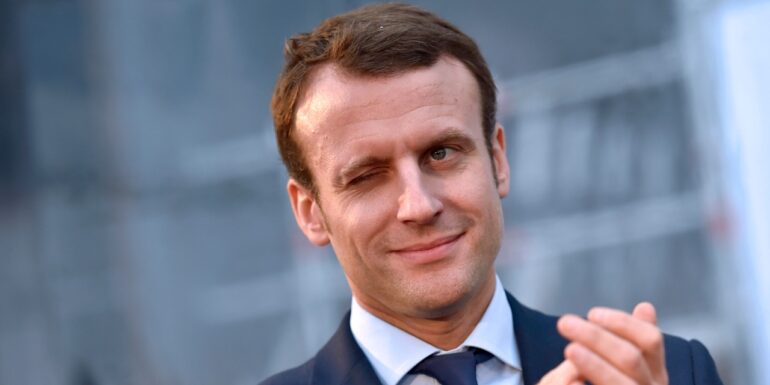 Earlier this month, a 23-year-old man was arrested for plotting to assassinate the newly elected French President, Emmanuel Macron, at the July 14 Bastille Day parade in Paris, which US President Trump is expected to attend.

The police received a tip from users of a video game forum, where he inquired as to where to find a Kalashnikov assault rifle. The police arrested him at his home in the north-west Paris suburb of Argenteuil. Upon his arrest, he threatened the police officers with a knife, as reported by the french media. He was arrested upon the charges of “plotting to commit a terrorist act”.

Upon investigation of his home, the police found three kitchen knives and analysis’ of his computer revealed that he had been searching for potential targets in the internet. The man was previously arrested for expressing his support of the Norwegian neo-Nazi mass murderer Anders Breivik, who killed 77 people in a bomb and gun rampage in rampage in 2011 in Norway. Most of his victims being children.

The man also stated that he will kill all “blacks, Muslims, Jews, and Homosexuals upon his arrest.

While it may be good to know that the man has been arrested thanks largely in part to the gaming community, things might have gone significantly differently if they had taken his words as a joke and actually succeeded in his assassination plot. History has shown us that killing a president has everlasting effects on not just one country but throughout the world.

The assassination of John F. Kennedy is one that has painted a line in American history and even made some lore in the video games we play today in the what if he lived scenario. But none have ever been more impactful than the assassination of Archduke Franz Ferdinand of Austria.

He was assassinated on June 28, 1914, at about 10:45 am by Gavrilo Princip. An group of asssassins had been organized by the Black Hand to kill the Archduke, they threw a grenade at their car. However, the grenade detonated behind them and injuring the people in the following car. The cars were eventually stalled when at the same time one of the assassins was just sitting at a cafe happened to see his dumb luck right before him. He took the golden opportunity and walked down the street then shot at Ferdinands wife then the Archduke himself at the neck. Another thing to add to the luck factor was that the Archdukes clothes made it hard to treat his wound at the scene, thus preventing him being saved.

That incident was believed by many to be the direct catalyst to World War I. Though at the time, it was most likely that the European leaders were looking for any excuse to wage war with one another, his death was just used as an excuse.  Also the stroke of luck Princip  had was nothing short of amazing. And if we learn anything from games and anime, its that idiots are amazingly lucky.

Having Macron die, especially in front of Trump would definitely have a lasting effect on the world, so much so that there is even a slight chance of a third World War happening. With nuclear warheads being armed in North Korea, the recent Isis agendas, gun violence and mass murders in America, the casino shooting spree in the Philippines, adding a presidential assassination would just plunge the world into chaos.

So let’s thank those mysterious gamers for taking the initiative and doing the right thing of reporting suspicious people with suspicious intentions. Generations from now people might look back to this time and think that it was gamers who saved us back then. To all my fellow gamers, I salute you.