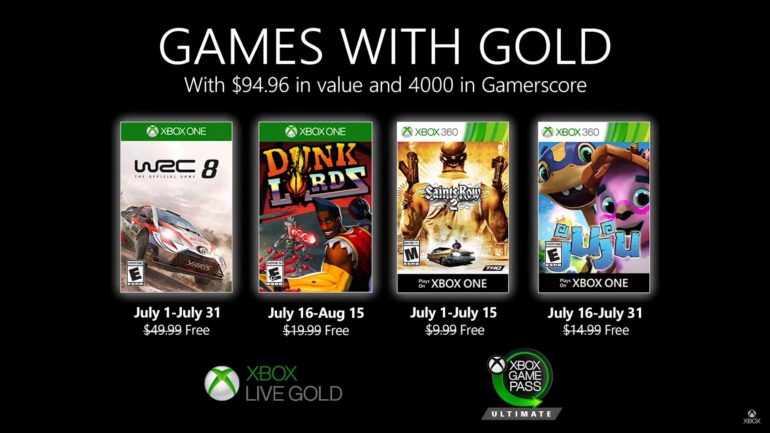 Xbox owners who have subscribed to the Games with Gold or Xbox Game Pass Ultimate membership will be able to get several games next month. These games are WRC 8 FIA World Rally Championship through the month of July, Dunk Lords from July 16 to Aug. 15, Saint Row 2 from July 1 to July 15, and Juju from July 16 to July 31.

There are no notable titles that are must-have in this lineup, but Saints Row 2 might be a good catch for those who love the series.